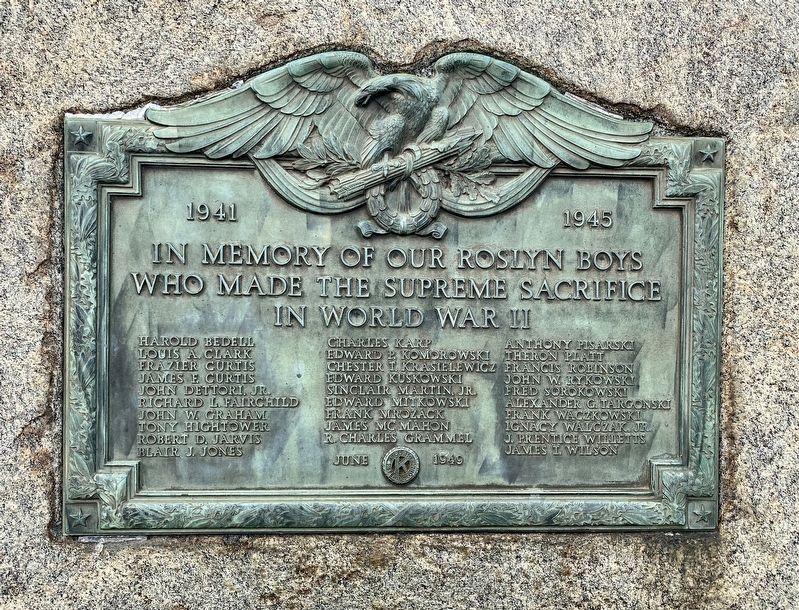 Location. 40° 47.983′ N, 73° 39.03′ W. Marker is in Roslyn, New York, in Nassau County. Memorial is at the intersection of Main Street and Old Northern Boulevard, on the right when traveling north on Main Street. Touch for map. Marker is in this post office area: Roslyn NY 11576, United States of America. Touch for directions. 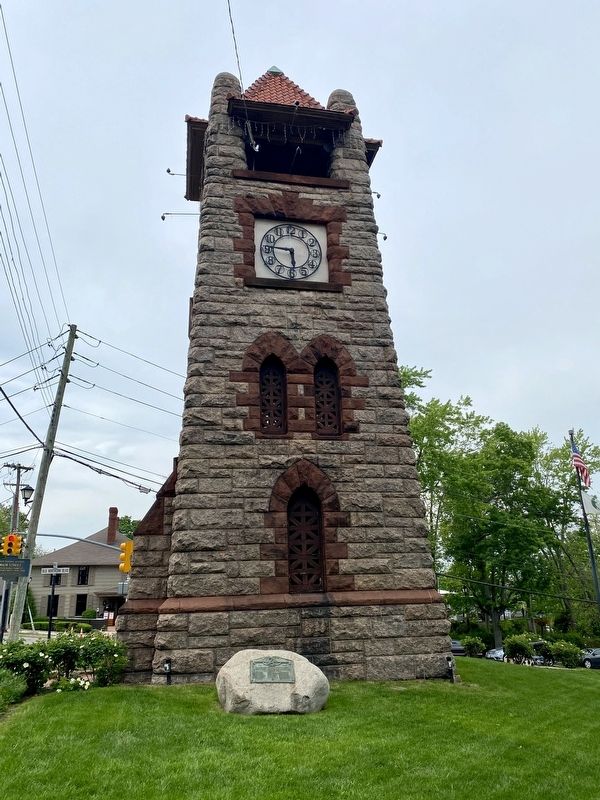 Click or scan to see
this page online
as the crow flies. Roslyn Historical District (a few steps from this marker); William H. Tailer Memorial (within shouting distance of this marker); Roslyn Grist Mill (about 400 feet away, measured in a direct line); The Harbor Hill Estate and the Mackay Horse Statues (approx. ¼ mile away); Main Street (approx. 0.4 miles away); Cedarmere (approx. 0.8 miles away); William Cullen Bryant (approx. 0.8 miles away); Monfort Cemetery (approx. 2.7 miles away). Touch for a list and map of all markers in Roslyn.
Credits. This page was last revised on May 27, 2021. It was originally submitted on May 27, 2021, by Andrew Ruppenstein of Sacramento, California. This page has been viewed 77 times since then and 26 times this year. Photos:   1, 2. submitted on May 27, 2021, by Andrew Ruppenstein of Sacramento, California.
Share this page.