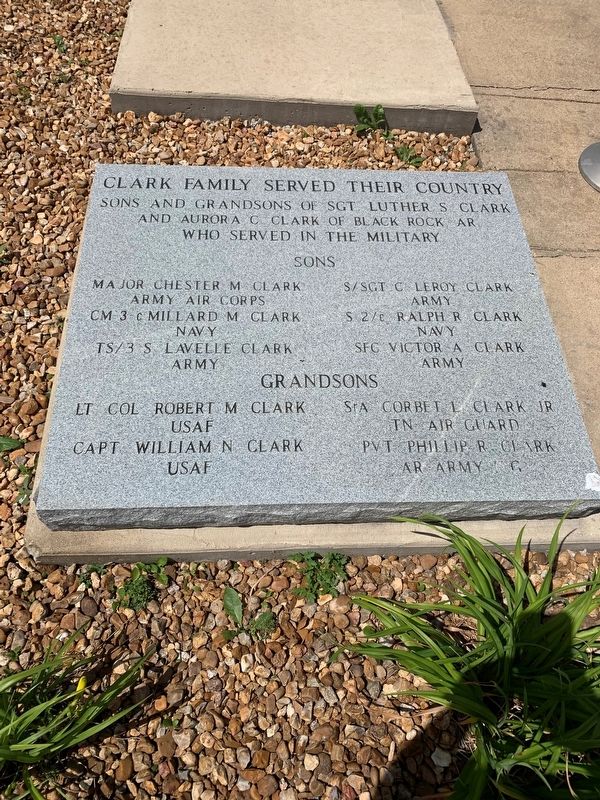 Sons and grandsons of Sgt. Luther S. Clark and Aurora C. Clark of Black Rock, AR who served in the military.