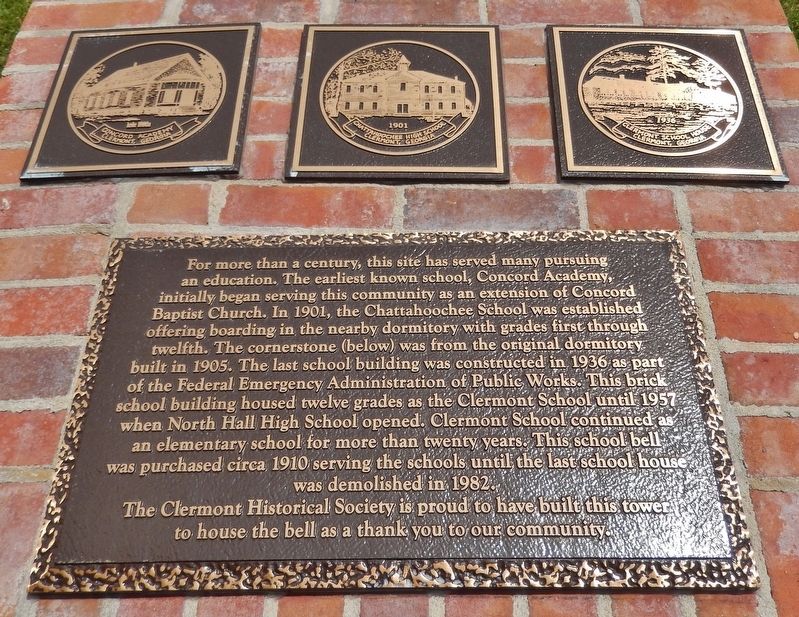 For more than a century, this site has served many pursuing an education. The earliest known school, Concord Academy, initially began serving this community as an extension of Concord Baptist Church. In 1901, the Chattahoochee School was established offering boarding in the nearby dormitory with grades first through twelfth. The cornerstone (below) was from the original dormitory built in 1905. The last school building was constructed in 1936 as part of the Federal Emergency Administration of Public Works. This brick school building housed twelve grades as the Clermont School until 1957 when North Hall High School opened. Clermont School continued as an elementary school for more than twenty years. This school bell was purchased circa 1910 serving the schools until the last school house was demolished in 1982.

The Clermont Historical Society is proud to have built this tower to house the bell as a thank you to our community.

Topics and series. This historical marker is listed in these topic lists: Charity & Public Work 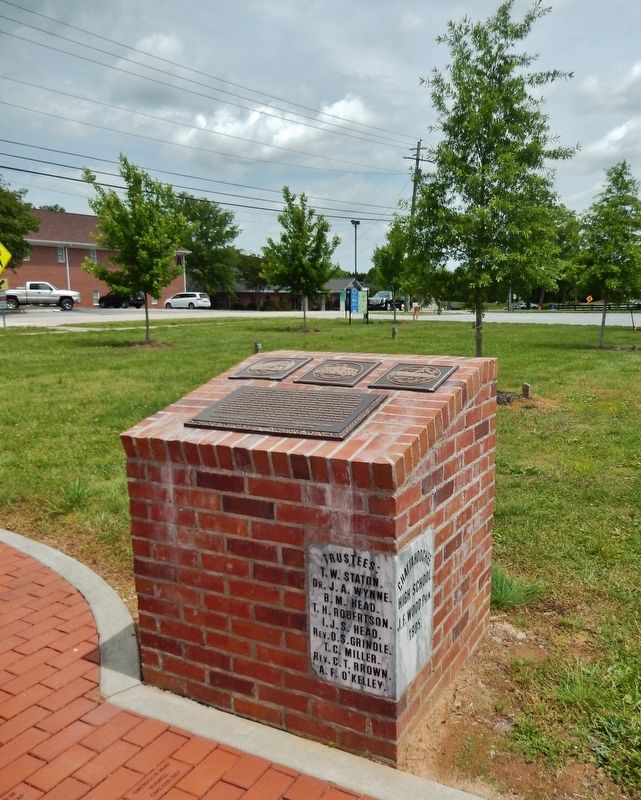 Click or scan to see
this page online
• Churches & Religion • Education. In addition, it is included in the Time Capsules, and the Works Progress Administration (WPA) projects series lists. A significant historical year for this entry is 1901.

Location. 34° 29.104′ N, 83° 46.124′ W. Marker is in Clermont, Georgia, in Hall County. Marker can be reached from Main Street (Old Cleveland Road) (Georgia Route 254) just north of Concord Church Road, on the right when traveling north. Marker is located in memorial plaza directly across Main Street from the old Concord Church building. Touch for map. Marker is in this post office area: Clermont GA 30527, United States of America. Touch for directions. 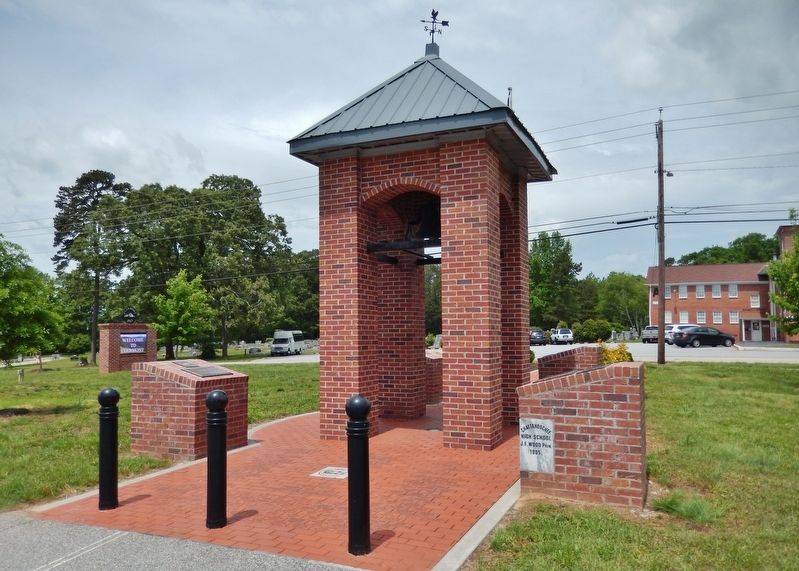 Photographed By Cosmos Mariner, May 11, 2021
3. Concord Academy Memorial Plaza
(looking northwest • Main Street in background • marker on right pedestal)
Concord Baptist Church established a two-teacher school, Concord Academy, in the late 1880s or early 1890s. It later moved into a church house on the site where Concord’s chapel is today. About 1901, Chattahoochee Baptist Association founded Chattahoochee High School. The school started out in a two-story structure with Concord Academy Elementary School, 150 students in all. Tuition to Chattahoochee was $1 per month with an incidental fee of 10 cents. Those who had to board in a dormitory would pay $5-$6 monthly. (Submitted on May 28, 2021, by Cosmos Mariner of Cape Canaveral, Florida.) 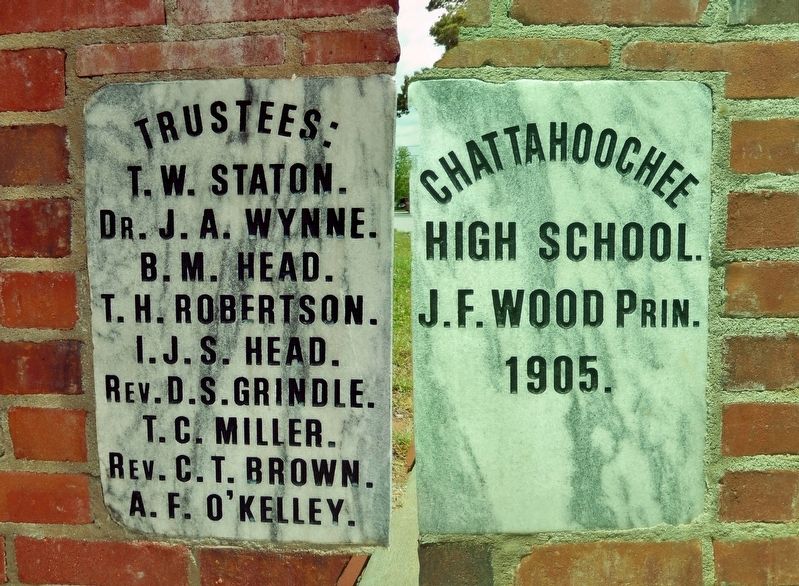 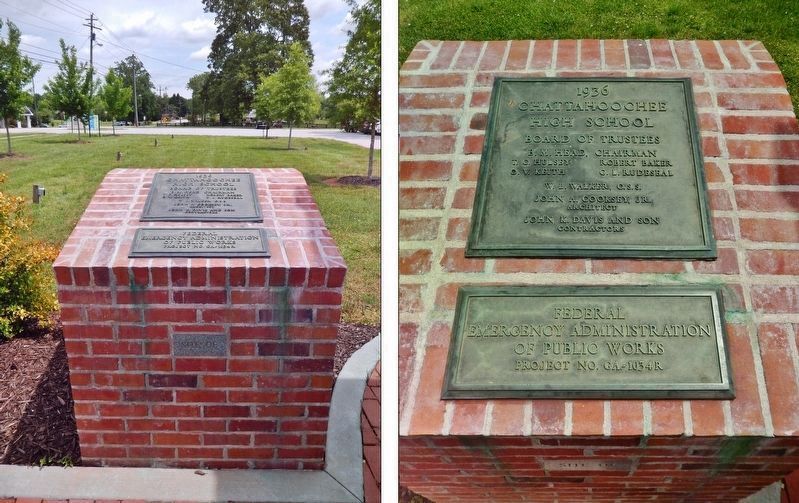