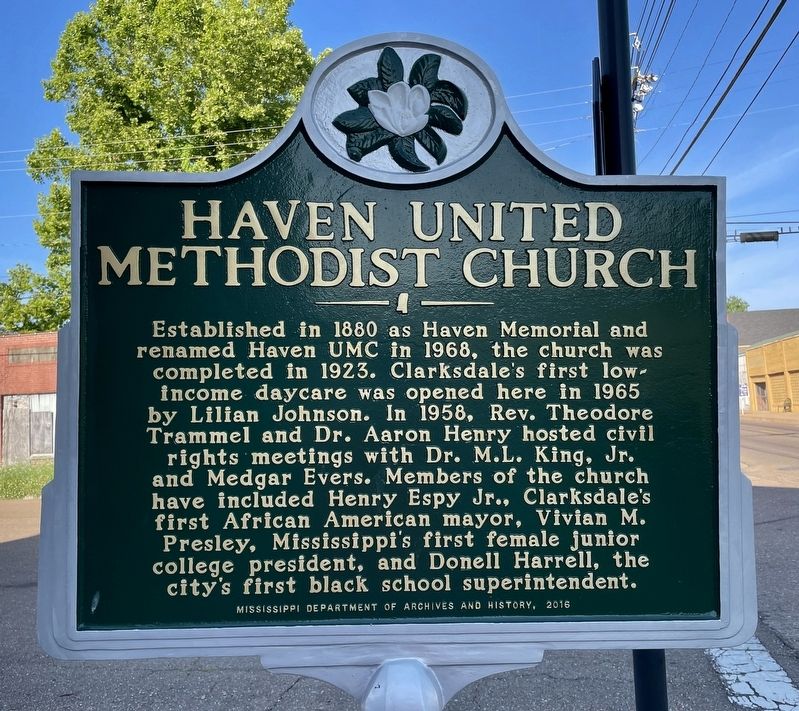 Erected 2016 by Mississippi Department of Archives and History.

Topics and series. This historical marker is listed in these topic lists: African Americans • Churches & Religion • Civil Rights. In addition, it is included in the Mississippi State Historical Marker Program series list. A significant historical year for this entry is 1880. 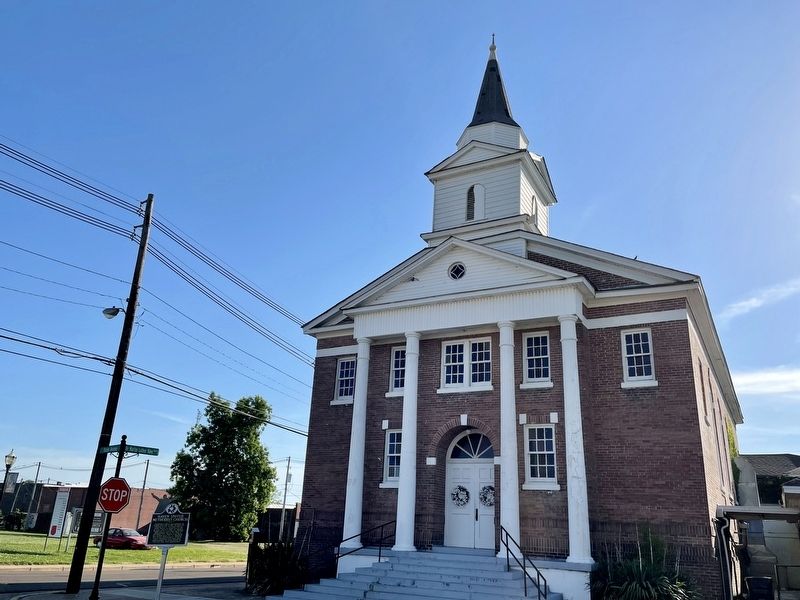 Click or scan to see
this page online
, on the right when traveling north on Yazoo Avenue. Touch for map. Marker is at or near this postal address: 404 Yazoo Ave, Clarksdale MS 38614, United States of America. Touch for directions. 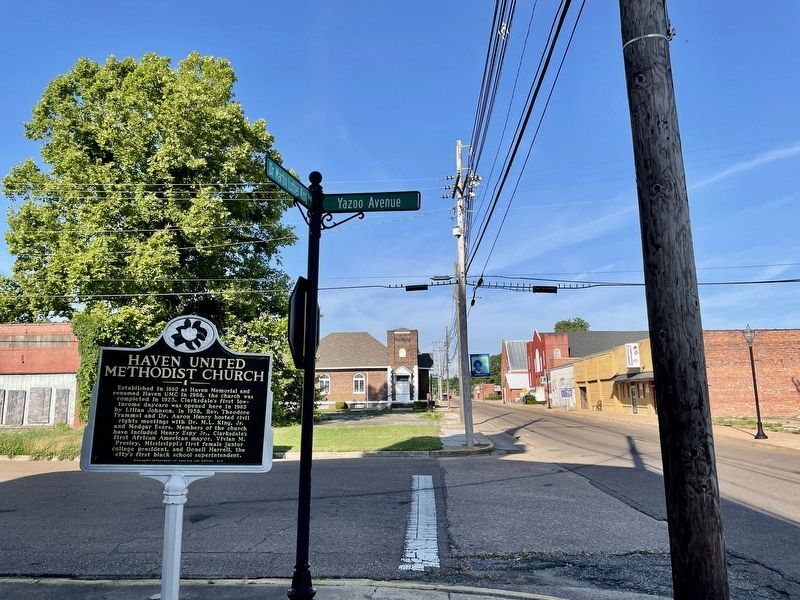