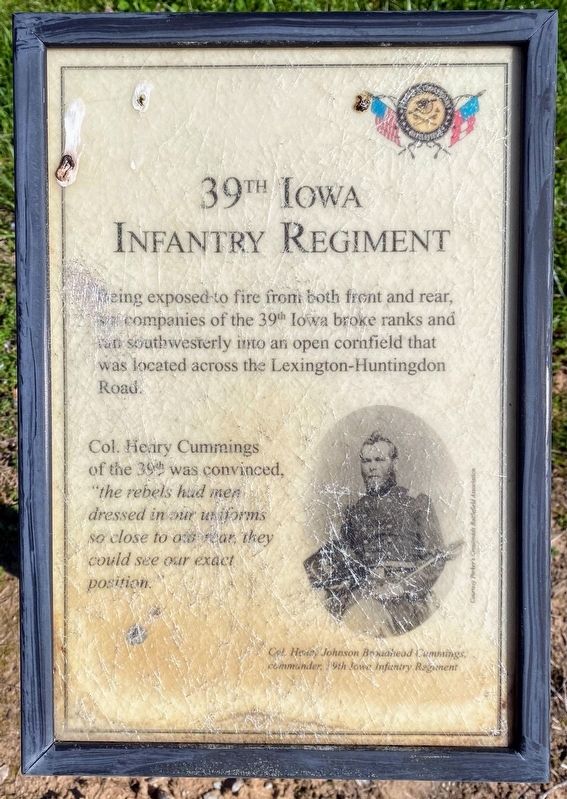 Being exposed to fire from both front and rear, companies of the 39th Iowa broke ranks and ran southwesterly into an open cornfield that was located across the Lexington-Huntingdon Road.

Col. Henry Cummings of the 39th Iowa was convinced, “the rebels had men dressed in our uniforms so close to our rear, they could see our exact position.”

Location. 35° 47.307′ N, 88° 23.345′ W. Marker is in Parkers Crossroads, Tennessee, in Henderson County. Marker is on Federal Lane, 0.2 miles east of Tennessee Route 22, on the right when traveling east. Marker is located along the South Battlefield Trail, at Auto Tour Stop No. 7 of the Parker's Crossroads Battlefield Auto Tour. Touch for map. Marker is in this post office area: Wildersville TN 38388, United States of America. Touch for directions. 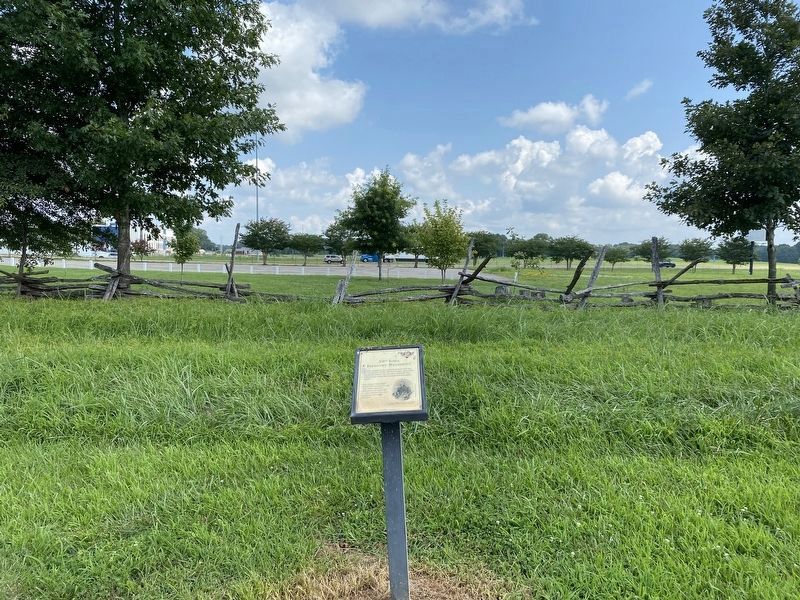