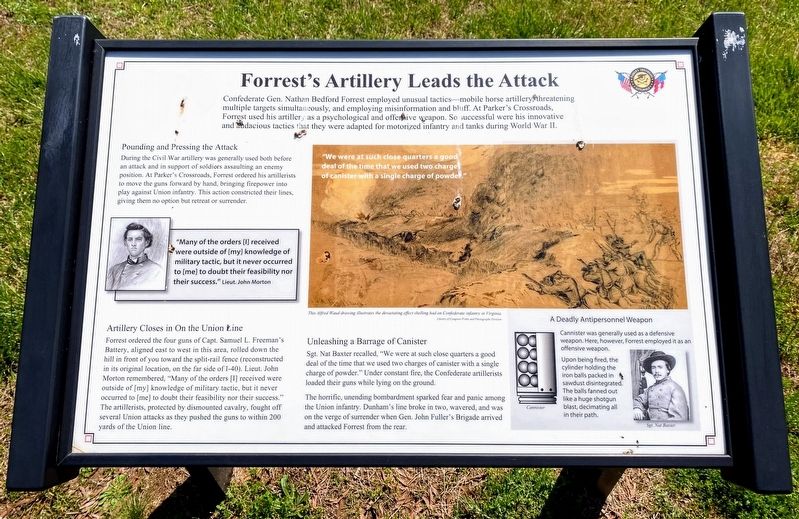 Confederate Gen. Nathan Bedford Forrest employed unusual tactics—mobile horse artillery, threatening multiple targets simultaneously, and employing misinformation and bluff. At Parker's Crossroads, Forrest used his artillery as a psychological and offensive weapon. So successful were his innovative and audacious tactics that they were adapted for motorized infantry and tanks during World War II.

Pounding and Pressing the Attack
During the Civil War artillery was generally used both before an attack and in support of soldiers assaulting an enemy position. At Parker's Crossroads, Forrest ordered his artillerists to move the guns forward by hand, bringing firepower into play against Union infantry. This action constricted their lines, giving them no option but to retreat or surrender.

"Many of the orders [I] received were outside of [my] knowledge of military tactic, but it never occurred to [me] to doubt their feasibility nor their success." Lieut. John Morton 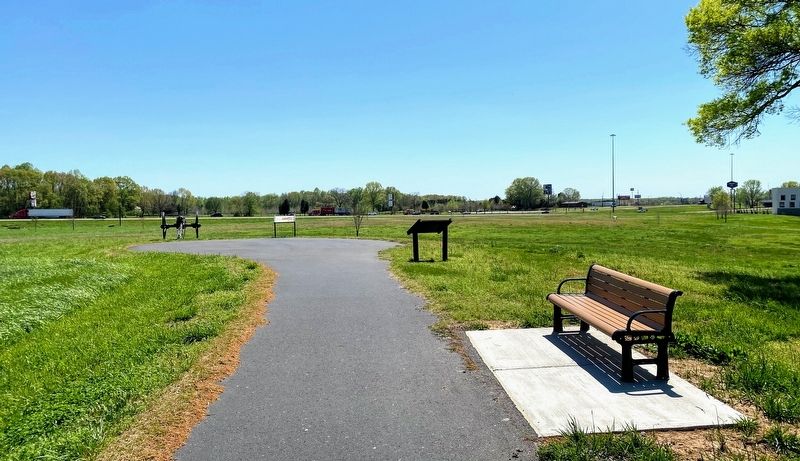 Photographed By Shane Oliver, April 3, 2021
2. Marker located next to the 3-inch Rifle
The "A Panicked Stampede" marker can be seen next to the bench.

Click or scan to see
this page online
east to west in this area, rolled down the hill in front of you toward the split-rail fence (reconstructed in its original location, on the far side of I-40). Lieut. John Morton remembered, "Many of the orders [I] received were outside of [my] knowledge of military tactic, but it never occurred to [me] to doubt their feasibility nor their success." The artillerists, protected by dismounted cavalry, fought off several Union attacks as they pushed the guns to within 200 yards of the Union line.

Unleashing a Barrage of Canister
Sgt. Nat Baxter recalled, "We were at such close quarters a good deal of the time that we used two charges of canister with a single charge of powder." Under constant fire, the Confederate artillerists loaded their guns while lying on the ground.

The horrific, unending bombardment sparked fear and panic among the Union infantry. Dunham's line broke in two, wavered, and was on the verge of surrender when Gen. John Fuller's Brigade arrived and attacked Forrest from the rear.

A Deadly Antipersonnel Weapon
Canister was generally used as a defensive weapon. Here, however, Forrest employed it as an offensive weapon.

Upon being fired, the cylinder holding the iron balls packed in sawdust disintegrated. The balls fanned out like a huge shotgun blast, decimating all in their path. 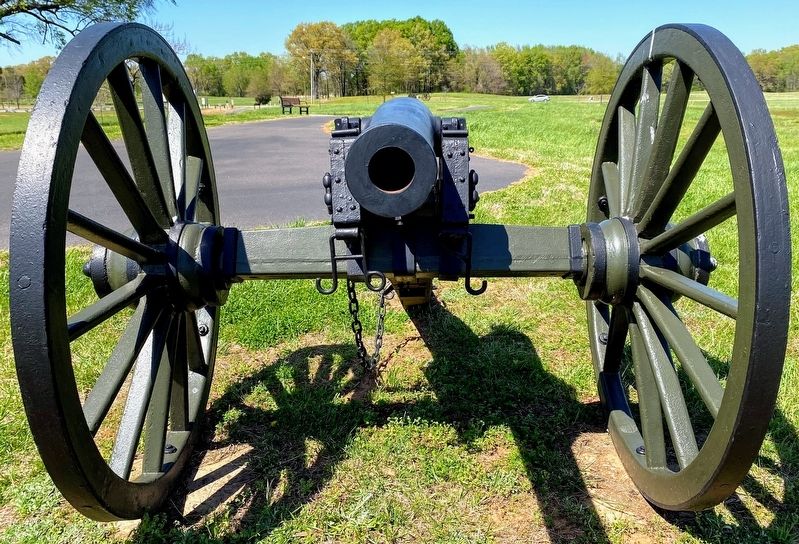 Photographed By Shane Oliver, April 11, 2021
3. 3-inch Rifle next to the marker
were at such close quarters a good deal of the time that we used two charges of canister with a single charge of powder."
This Alfred Waud drawing illustrates the devastating effect shelling had on Confederate infantry in Virginia.
Canister
Sgt. Nat Baxter