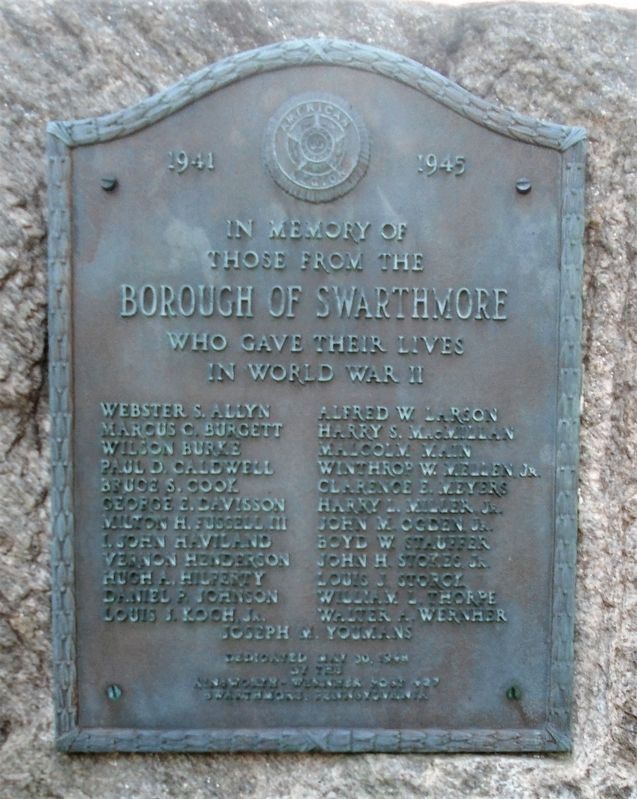 Dedicated May 30, 1948. . This memorial was erected in 1948 by Ainsworth-Wernher American Legion Post No. 427. It is in Swarthmore in Delaware County Pennsylvania 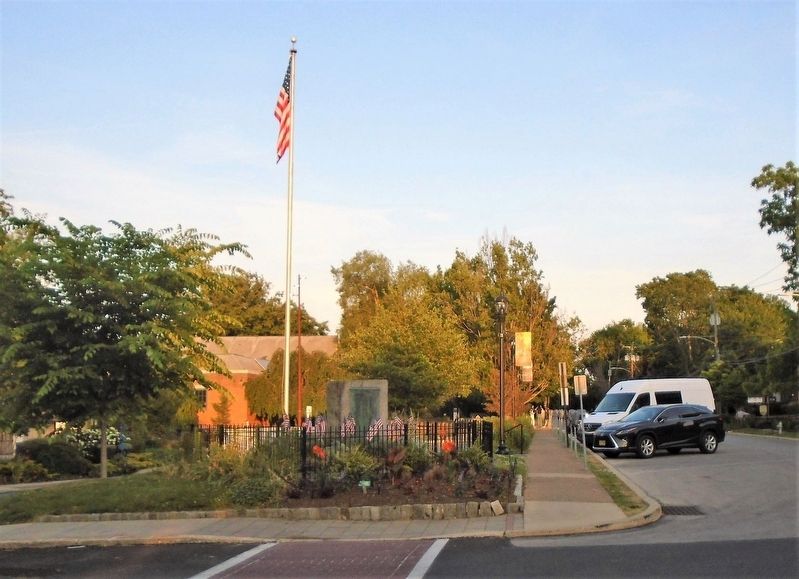 Photographed By William Fischer, Jr., May 25, 2021
2. War Memorial
WWII Marker is on opposite side of monument

Click or scan to see
this page online
, on the left when traveling south on Park Avenue. Monument is in Central Park. Touch for map. Marker is in this post office area: Swarthmore PA 19081, United States of America. Touch for directions.