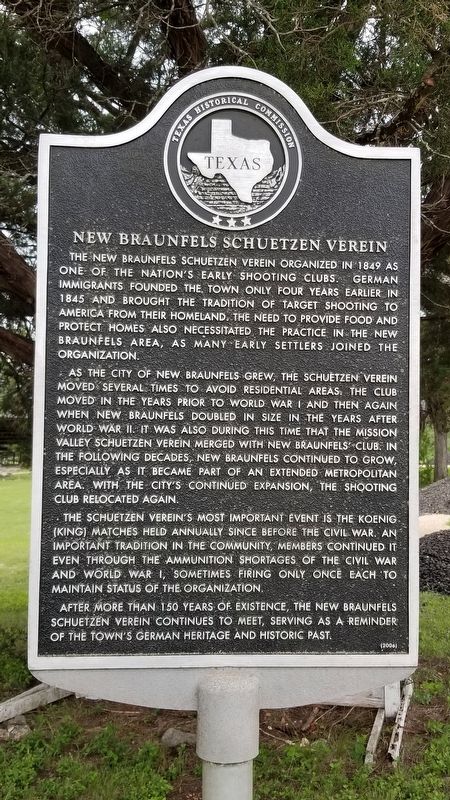 The New Braunfels Schuetzen Verein organized in 1849 as one of the nation's early shooting clubs. German immigrants founded the town only four years earlier in 1845 and brought the tradition of target shooting to America from their homeland. The need to provide food and protect homes also necessitated the practice in the New Braunfels area, as many early settlers joined the organization.

The Schuetzen Verein's most important event is the Koenig (King) matches held annually since before the Civil War. An important tradition in the community, members continued it even through the ammunition shortages 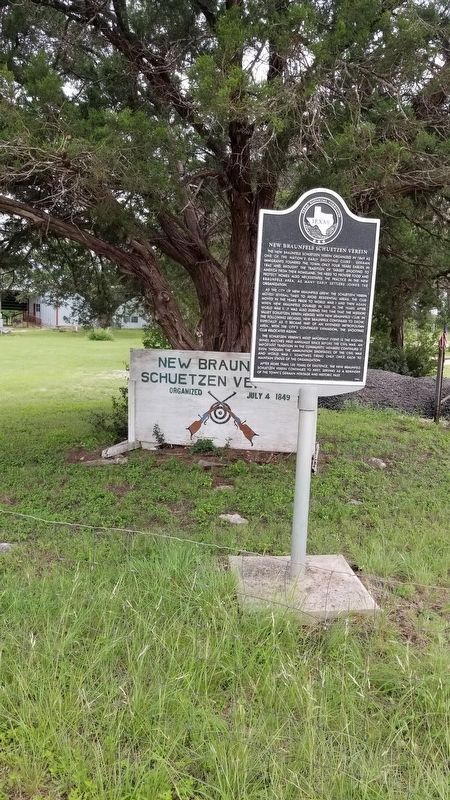 Click or scan to see
this page online
of the Civil War and World War I, sometimes firing only once each to maintain status of the organization.

After more than 150 years of existence, the New Braunfels Schuetzen Verein continues to meet, serving as a reminder of the town's German heritage and historic past.

Topics. This historical marker is listed in these topic lists: Settlements & Settlers • Sports. A significant historical year for this entry is 1849. 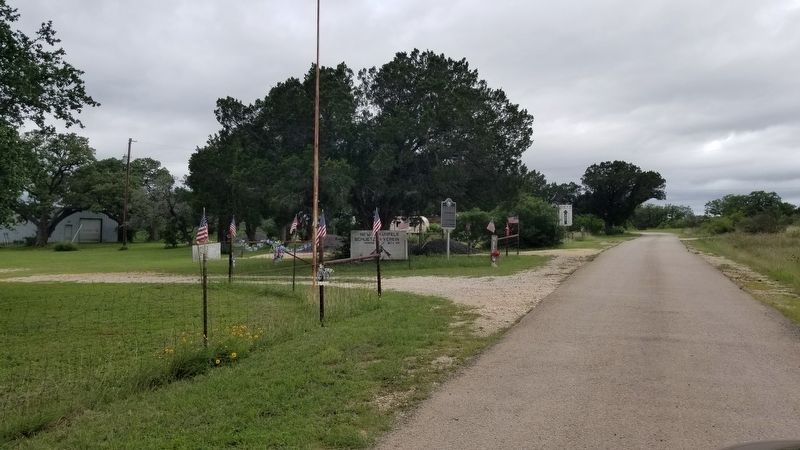 Photographed By James Hulse, June 3, 2021
3. The view of the New Braunfels Schuetzen Verein Marker by the road
Schützenverein.

A Schützenverein (German for "marksmen's club") is a local voluntary association found in German-speaking countries revolving around shooting as a sport, often target shooting to Olympic rules or with historic weapons. Although originating as a town militia, a Schützenverein has no military aspects and in many cases often has a more social than sporting purpose. Source: Wikipedia