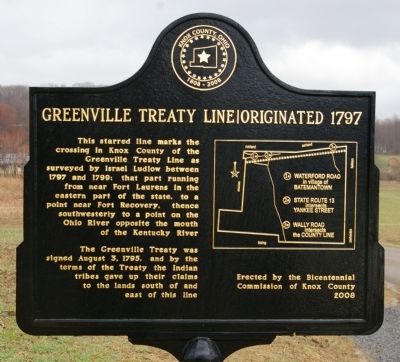 This starred line marks the crossing in Knox County of the Greenville Treaty Line as surveyed by Israel Ludlow between 1797 and 1799; that part running from near Fort Laurens in the eastern part of the state, to a point near Fort Recovery, thence southwesterly to a point on the Ohio River opposite the mouth of the Kentucky River.

The Greenville Treaty was signed August 3, 1795, and by the terms of the Treaty the Indian tribes gave up their claims to the lands to the south and east of this line.

Topics. This historical marker is listed in this topic list: Settlements & Settlers. A significant historical year for this entry is 1797.

Other nearby markers. At least 8 other markers are within 10 miles of this marker, measured as the crow flies. A different marker also named Greenville Treaty Line (approx. 2.8 miles away); Webb C. Ball Street Clock (approx. 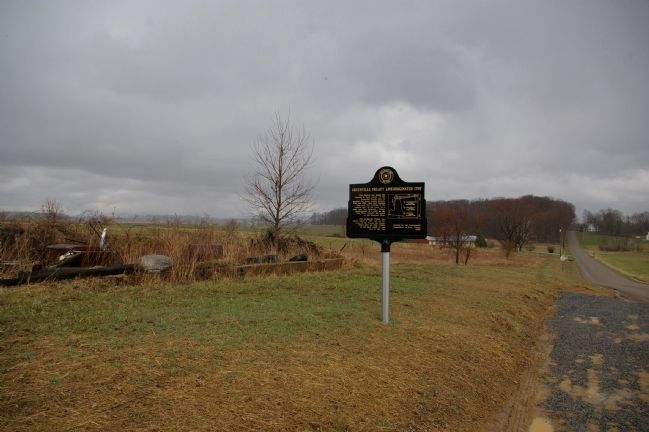 Photographed By Christopher Busta-Peck, March 29, 2009
2. Greenville Treaty Line Marker and the land to the east of it