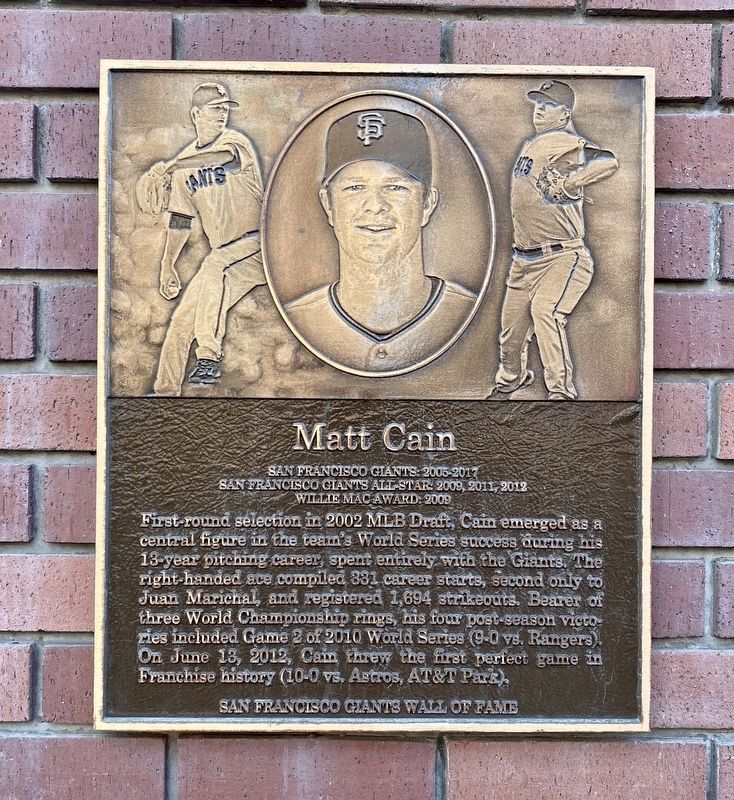 Topics and series. This historical marker is listed in this topic list: Sports. In addition, it is included in the San Francisco Giants Wall of Fame series list. A significant historical date for this entry is June 13, 2012. 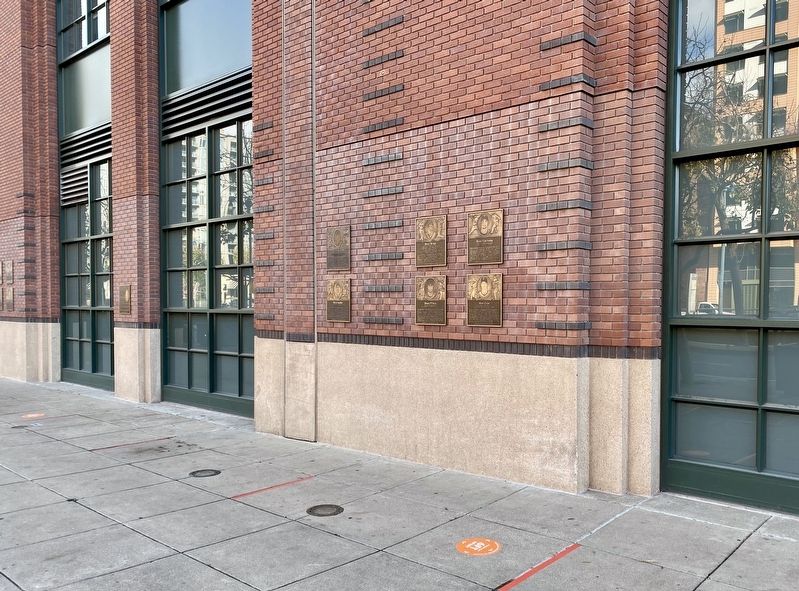 Click or scan to see
this page online
north. Touch for map. Marker is in this post office area: San Francisco CA 94107, United States of America. Touch for directions.

More about this marker. The subject plaque is currently one of the southernmost on the Giants Wall of Fame.

Regarding Matt Cain. AT&T Park, as mentioned on the marker, is the former name for what is currently known as Oracle Park.

Also see . . .
1. Giants Wall of Fame adds 3 with more to come (MLB.com). "With Saturday's induction ceremony, right-handers Player Page for Matt Cain, Ryan Vogelsong and Brian Wilson became the first members of the Giants' Wall of Fame to hail from the franchise's stretch of three World Series champions in five seasons (2010, 2012 and 2014)...." (Submitted on June 7, 2021.)