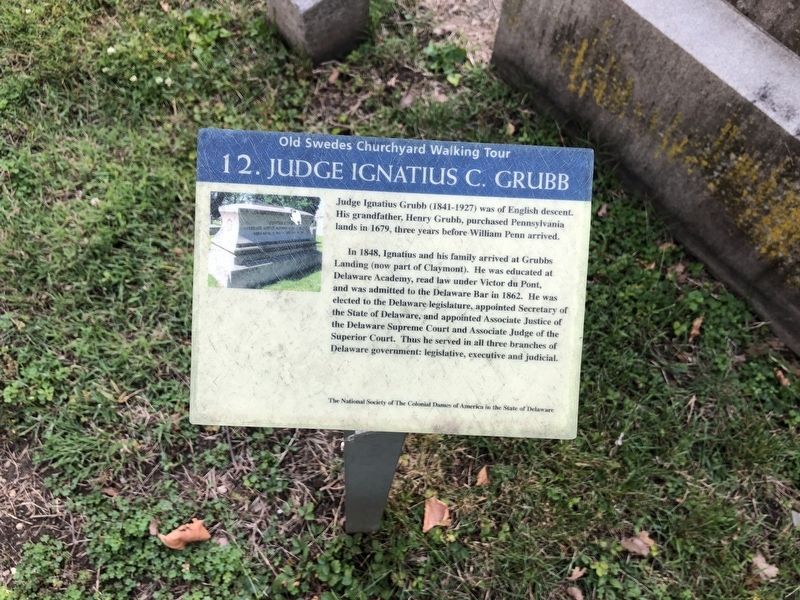 Photographed By Devry Becker Jones, June 5, 2021
1. Judge Ignatius C. Grubb Marker
Inscription.
Judge Ignatius C. Grubb. . , Judge Ignatius Grubb (1841-1927) was of English descent. His grandfather, Henry Grubb, purchased Pennsylvania lands in 1679, three years before William Penn arrived., In 1848, Ignatius and his family arrived at Grubbs Landing (now part of Claymont). He was educated at Delaware Academy, read law under Victor du Pont, and was admitted to the Delaware Bar in 1862. He was elected to the Delaware legislature, appointed Secretary of the State of Delaware, and appointed Associate Justice of the Delaware Supreme Court and Associate Judge of the Superior Court. Thus he served in all three branches of Delaware government, legislative, executive and judicial. . This historical marker was erected by The National Society of the Colonial Dames of America of the State of Delaware. It is in Wilmington in New Castle County Delaware

Erected by The National Society of the Colonial Dames of America of the State of Delaware. (Marker Number 12.)

Topics and series. This historical marker is listed in these topic lists: Cemeteries & Burial Sites • Government & Politics. In addition, it is included in the The Colonial Dames of America, National Society of series list. A significant historical year for this entry is 1679. 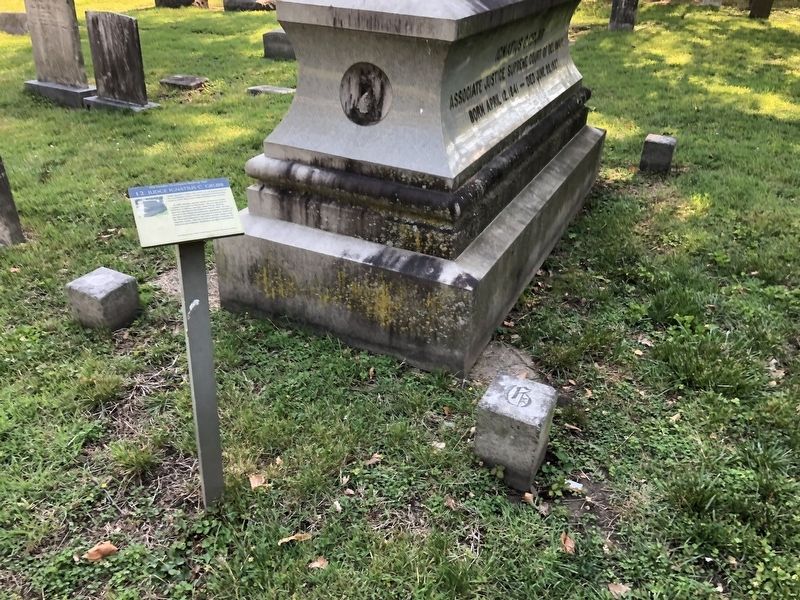 Click or scan to see
this page online
N, 75° 32.441′ W. Marker is in Wilmington, Delaware, in New Castle County. Marker can be reached from the intersection of North Church Street (U.S. 13) and East 7th Street, on the right when traveling north. Touch for map. Marker is at or near this postal address: 612 N Church St, Wilmington DE 19801, United States of America. Touch for directions.