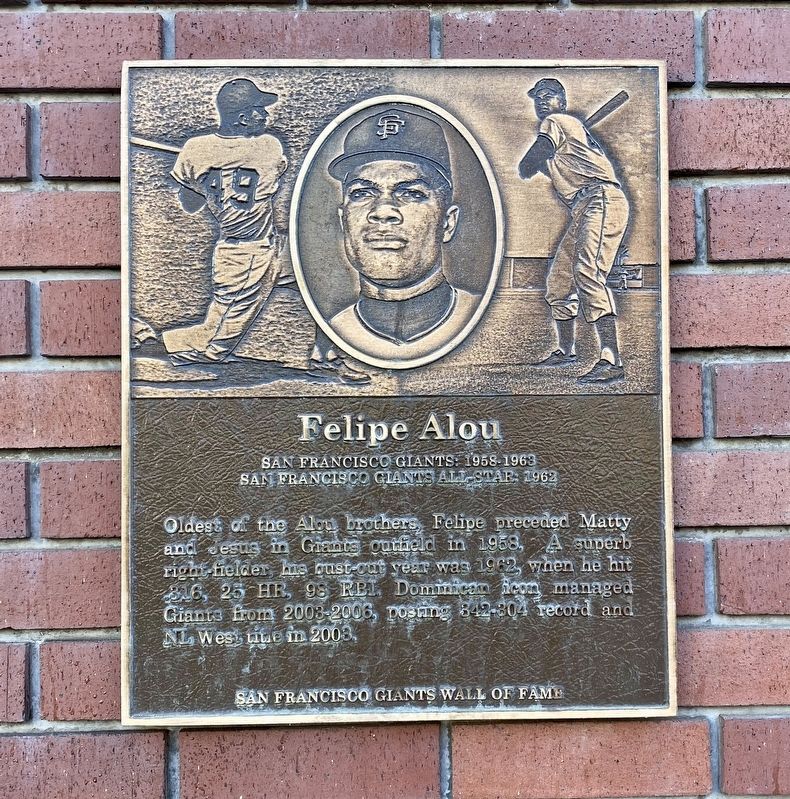 Topics and series. This historical marker is listed in these topic lists: Hispanic Americans • Sports. In addition, it is included in the San Francisco Giants Wall of Fame series list. A significant historical year for this entry is 1962. 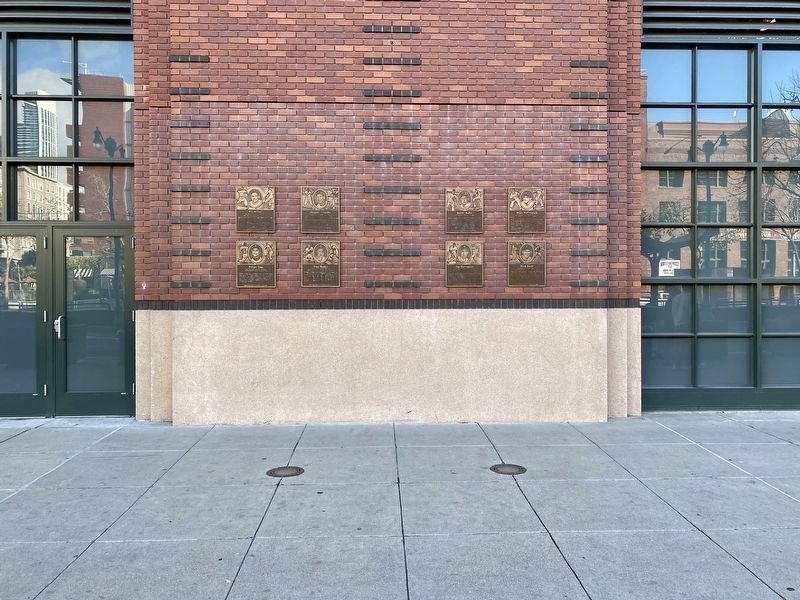 Also see . . .  Felipe Alou (Wikipedia). "Felipe Rojas Alou (born May 12, 1935) is a former Major League Baseball outfielder, first baseman, and manager. He managed the Montreal Expos (1992–2001) and the San Francisco Giants (2003–2006). The first Dominican to play regularly in the major leagues, he is the most prominent member of one of the sport's most notable families of the late 20th century: he was the oldest of the trio of baseball-playing brothers that included Matty and Jesús, who were both primarily outfielders, and his son Moisés was also primarily an outfielder; all but Jesús have been named All-Stars at least twice. His son Luis, in turn, manages the New York Mets.... During his 17-year career spent with the Giants, Milwaukee & Atlanta Braves, Oakland Athletics, New York Yankees, Montreal Expos, and Milwaukee Brewers, Alou played all three outfield positions regularly (736 games in right field, 483 in center, 433 in left), 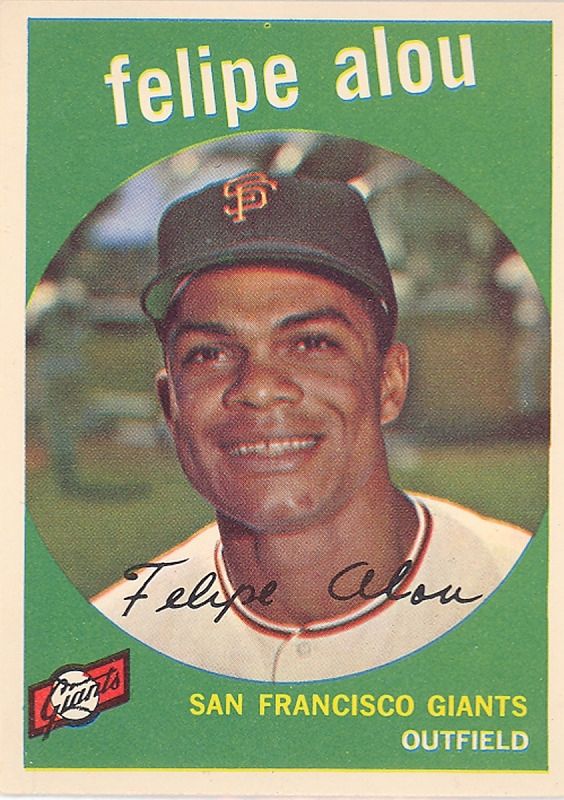 Topps Company, Inc. (courtesy of the National Museum of American History / Smithsonian Institution), 1959
3. Felipe Alou baseball card
and led the National League twice in hits and once in runs. Batting regularly in the leadoff spot, he hit a home run to begin a game on 20 occasions. He later became the most successful manager in Expos history, leading the team from 1992 to 2001 before rejoining the Giants in 2003. On February 4, 2015, Alou was elected to the Canadian Baseball Hall of Fame, and in 2016, he was inducted in the Caribbean Baseball Hall of Fame." (Submitted on June 9, 2021.)
Credits. This page was last revised on June 9, 2021. It was originally submitted on June 9, 2021, by Andrew Ruppenstein of Sacramento, California. This page has been viewed 119 times since then and 22 times this year. Photos:   1, 2, 3. submitted on June 9, 2021, by Andrew Ruppenstein of Sacramento, California.
Share this page.