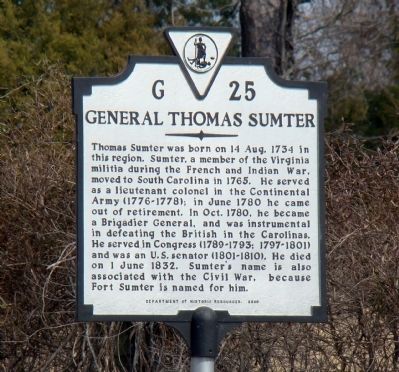 Photographed By J. J. Prats, March 8, 2009
1. General Thomas Sumter Marker
Inscription.
General Thomas Sumter. . Thomas Sumter was born on 14 Aug. 1734 in this region. Sumter, a member of the Virginia militia during the French and Indian War, moved to South Carolina in 1765. He served as a lieutenant colonel in the Continental Army (1776–1778); in June 1780 he came out of retirement. In Oct. 1780, he became a Brigadier General, and was instrumental in defeating the British in the Carolinas. He served in Congress (1789–1793; 1797–1801) and was an U.S. senator (1801–1810), He died on 1 June 1832. Sumter’s name is also associated with the Civil War, because Fort Sumter is named for him. . This historical marker was erected in 2000 by Department of Historic Resources. It is Near Gordonsville in Albemarle County Virginia

Topics and series. This historical marker is listed in these topic lists: War, French and Indian • War, US Revolutionary. In addition, it is included in the Virginia Department of Historic Resources series list. A significant historical month for this entry is June 1780. 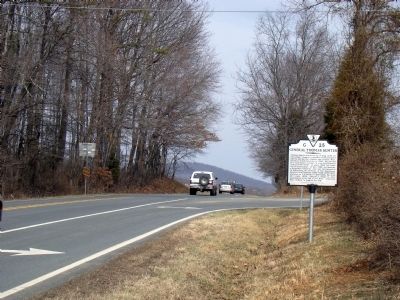 More about this marker. A marker with this same number but titled “General Sumter’s Boyhood” was erected 5 miles south of Ruckersville on U.S. 29 (about 11 miles west-northwest) some time after 1937. By 1989 it was missing. It read “Thomas Sumter, Revolutionary soldier in South Carolina for whom Fort Sumter was named, lived for a time in his youth at Sumter’s Mill, five miles southeast.” The place “Sumter’s Mill” is not on modern maps. 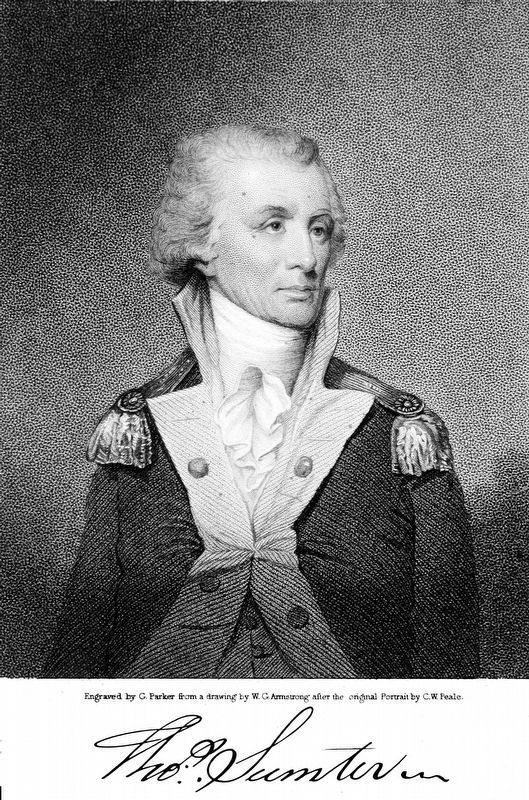