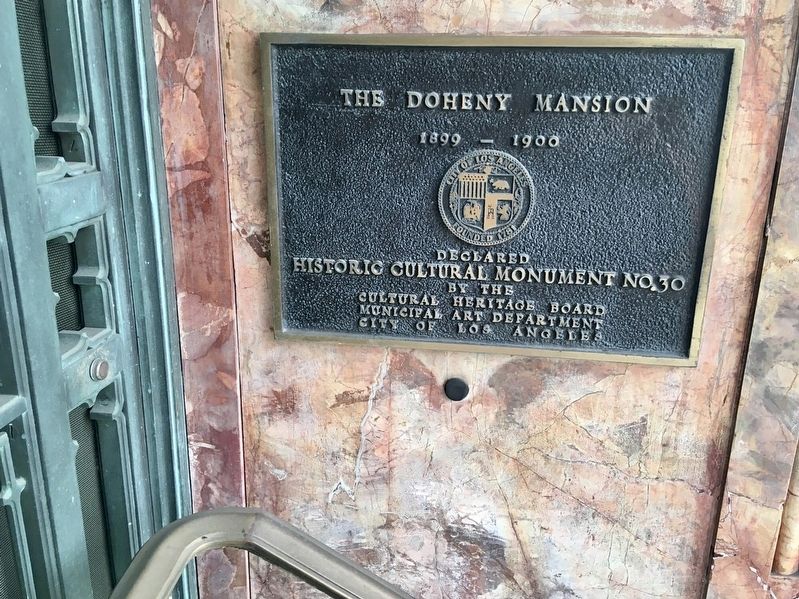 Topics and series. This historical marker is listed in these topic lists: Architecture • Industry & Commerce. In addition, it is included in the City of Los Angeles Historic-Cultural Monuments series list.

Location. 34° 1.846′ N, 118° 16.63′ W. Marker is in Los Angeles, California, in Los Angeles County. Marker is on Chester Place, 0.1 miles north of Adams Boulevard, on the right when traveling north. Located on the Mount Saint Mary’s University Doheny Campus. Touch for map. Marker is at or near this postal address: 10 Chester Pl, Los Angeles CA 90007, United States of America. Touch for directions.

Other nearby markers. At least 8 other markers are within walking distance of this marker. Automobile Club Headquarters (approx. 0.2 miles away); St. John's Episcopal Church (approx. ¼ mile away); Second Church of Christ, Scientist (approx. 0.3 miles away); Los Angeles Trade-Technical College (approx. 0.4 miles away); 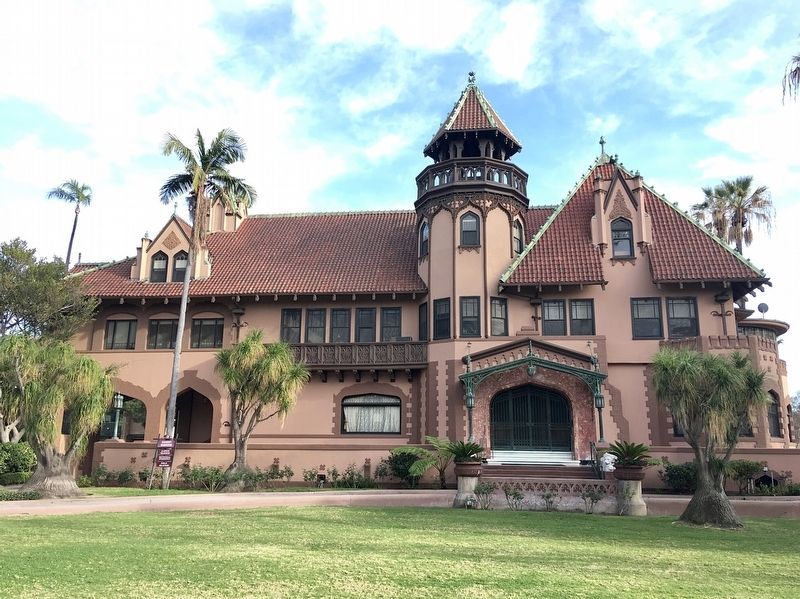 Photographed By Craig Baker, 2020
2. Doheny Mansion
The marker is in the doorway, to the right of the door.

Regarding Doheny Mansion. Edward L. Doheny was an American oil tycoon who drilled the first successful oil well in Los Angeles in 1892. His success set off a petroleum boom in Southern California, and made him a fortune. He purchased the mansion in 1901. Built in 1899 in the French Gothic architectural style, the three-story, twenty-two-room residence was designed by Theodore Eisen and Sumner P. Hunt. It is within Mount Saint Mary's University's Doheny campus, where it houses college offices, has occasional docent-led tours, and hosts chamber music concerts. 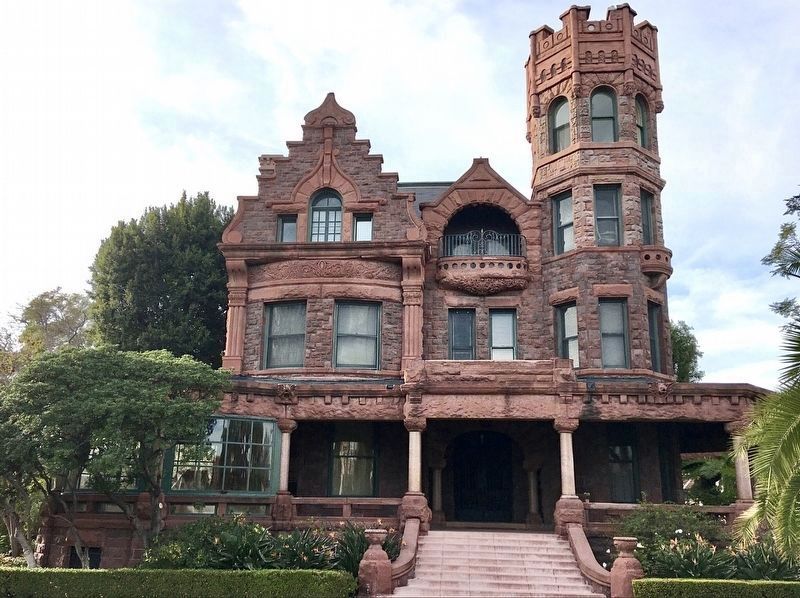