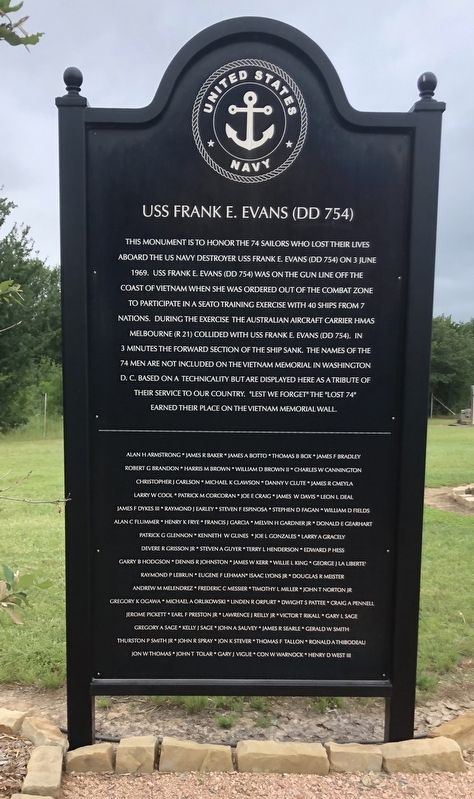 This monument is to honor the 74 sailors who lost their lives aboard the US Navy Destroyer USS Frank E. Evans (DD 754) on 3 June 1969. USS Frank E. Evans (DD 754) was on the gun line off the coast of Vietnam when she was ordered out of the combat zone to participate in Seato Training exercise with 40 ships from 7 nations. During the exercise the Australian aircraft carrier HMAS Melbourne (R 21) collided with USS Frank E. Evans (DD 754). In 3 minutes the forward section of the ship sank. The names of the 74 men are not included on the Vietnam memorial in Washington D.C. based on a technicality but are displayed here as a tribute of their service to our country. "Lest we Forget" the "Lost 74" earned their place on the Vietnam Memorial Wall. 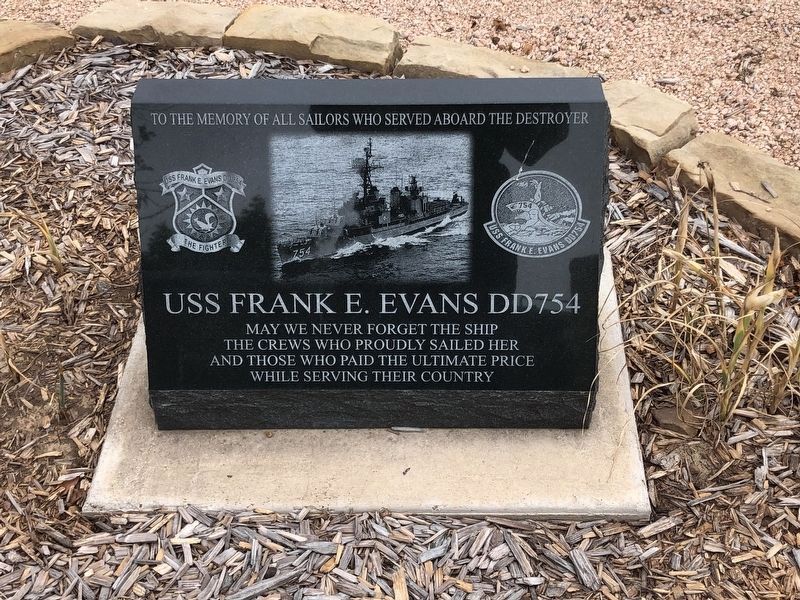 Photographed By Ruth VanSteenwyk, May 10, 2021
2. USS Frank E. Evans (DD 754) Marker
To the memory of all sailors who served aboard the destroyer USS Frank E. Evans DD754
May we never forget the ship the crews who proudly sailed her and those who paid the ultimate price while serving their country.

Other nearby markers. At least 8 other markers are within 5 miles of this marker, measured as the crow flies 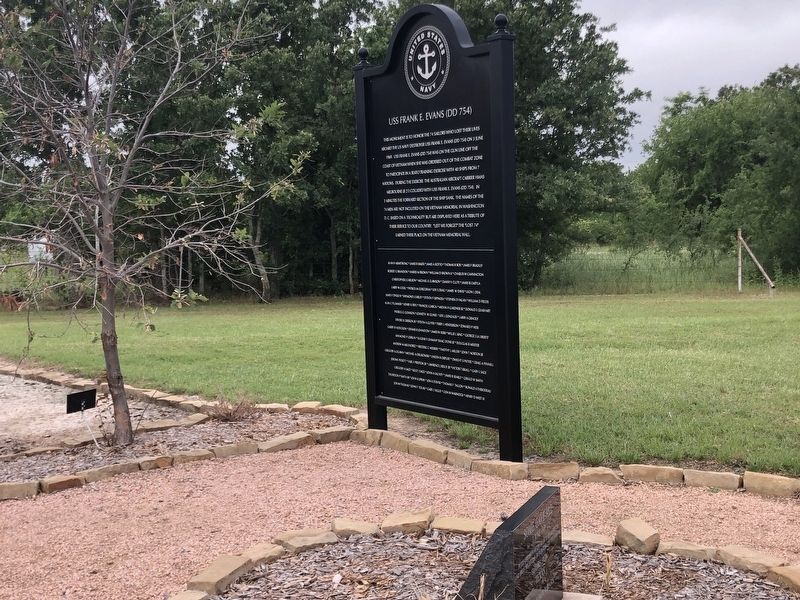