Old Men and Boys of Petersburg 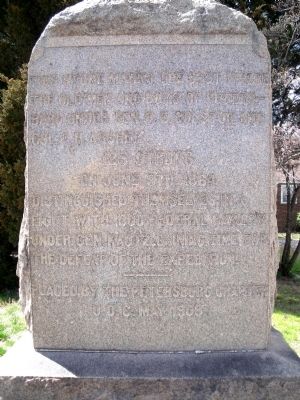 This stone marks the spot where the Old Men and Boys of Petersburg under Gen. R.E. Colston and Col. F.H. Archer 125 strong on June 9th, 1864 distinguished themselves in a fight with 1300 Federal cavalry under Gen. Kautz gaining time for the defense of the expedition.

Placed by the Petersburg Chapter U.D.C. May 1908

Erected 1908 by Petersburg Chapter United Daughters of the Confederacy.

Topics and series. This historical marker is listed in this topic list: War, US Civil. In addition, it is included in the United Daughters of the Confederacy series list. A significant historical month for this entry is May 1908.

Other nearby markers. At least 8 other markers are within walking distance of this marker. Col. George W. Gowen Monument (about 600 feet away, measured in a direct line); Pennsylvania Monument 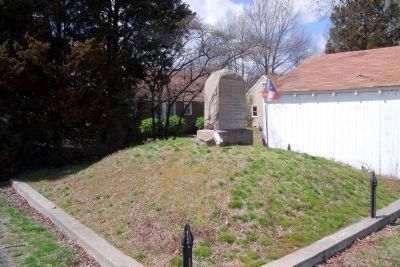 Regarding Old Men and Boys of Petersburg. On June 9, 1864 Maj Gen Quincy A Gillmore launched a 3-pronged attack from City Point against the thinly held Petersburg defenses. That morning 3,000 Federal infantry demonstrated against the northeast and eastern portion of the line to fix the Confederates in place. Meanwhile Brig Gen Augustus V Kautz led 1,300 horsemen up the Jerusalem Plank Road (US 301) to assault the line from below the city. 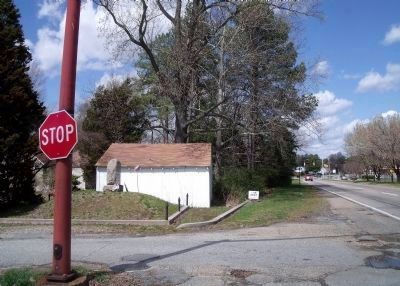 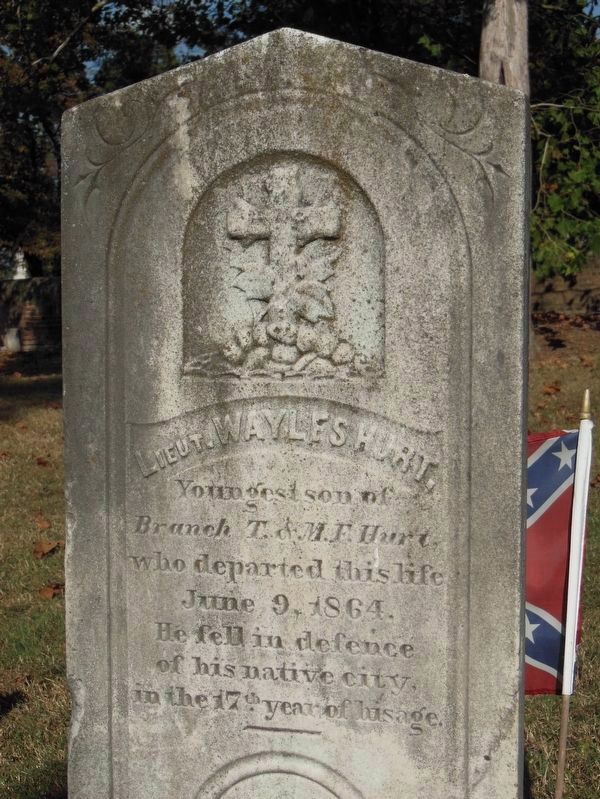