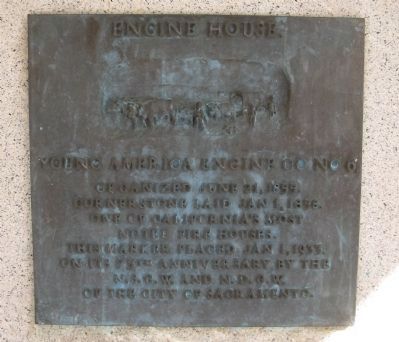 Photographed By Syd Whittle, March 29, 2009
1. Young America Engine Co. No.6 Marker
Inscription.
Young America Engine Co. No. 6. Engine House.
Organized June 21, 1855..
Cornerstone laid January 1, 1858..
One of California’s most.
noted firehouses..
This marker placed January 1, 1933.
On its 75th anniversary by the.
N.S.G.W. and N.D.G.W..
of the City of Sacramento.. . This historical marker was erected in 1933 by Native Sons and Native Daughters of the Golden West, City of Sacramento. It is in Sacramento in Sacramento County California

Erected 1933 by Native Sons and Native Daughters of the Golden West, City of Sacramento.

Topics and series. This historical marker is listed in these topic lists: Notable Buildings • Notable Places • Settlements & Settlers. In addition, it is included in the Native Sons/Daughters of the Golden West series list. A significant historical date for this entry is January 1, 1858. 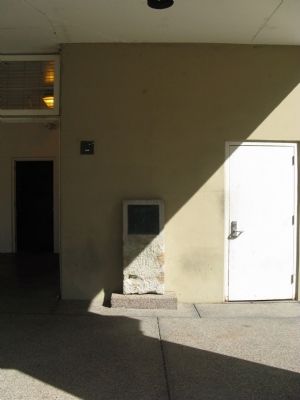 Also see . . .
1. History of the Sacramento Fire Department. The Sacramento Fire Department began as a volunteer department on February 5, 1850, one year after the City of Sacramento was incorporated. It is the first volunteer fire department in the western United States. On September 15, 1872 Sacramento City formed Engine Companies 1 and 2. Engine 1 was located on 2nd Street between K and L Streets (site of the Fire House Restaurant today), and Engine 2 at 10th Street between I and J Streets (presently marked by a historical plaque). (Submitted on April 2, 2009, by Syd Whittle of Mesa, Arizona.) 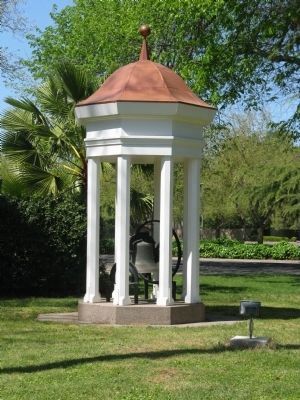 Photographed By Syd Whittle, April 2, 2009
3. Young America Engine Co. No. 6 Fire Bell and Copola
Located at the Sacramento Fire House #8, at 7990 H. Street.
which became the first paid Sacramento Fire Department Station 2. In the early 1930s the City sold the property and the station was torn down. The bell tower was preserved and eventually placed on the grounds of City Fire Station 8. When it was discovered that it had fallen into disrepair and apparently had a low priority with the City, Pioneer Mutual took on the responsibility of having the repairs done. We have met with the City's Preservation Office and they have inspected it and feel it could qualify as a historical landmark. We have started the process to qualify it for the local list. (Submitted on April 2, 2009, by Syd Whittle of Mesa, Arizona.) 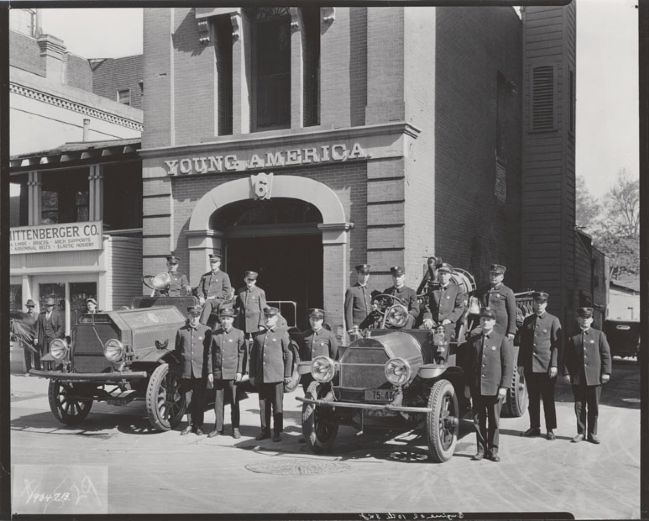 California State Library, Calif. History Section (McCurry Photo)
4. Young America Engine Co. No.6 Marker
Organized on June 21, 1855, Engine Company No.6 Young America, helped protect the city’s third ward. The volunteer members gathered in front of the firehouse, located on the east side of Tenth Street, between I and J Streets, with their engines and hose cart. The two-story brick building had its cornerstone laid January 1, 1858; its bell later rang for the first Pony Express rider.
Credits. This page was last revised on June 16, 2016. It was originally submitted on April 2, 2009, by Syd Whittle of Mesa, Arizona. This page has been viewed 1,718 times since then and 48 times this year. Photos:   1, 2, 3, 4. submitted on April 2, 2009, by Syd Whittle of Mesa, Arizona.
Share this page.