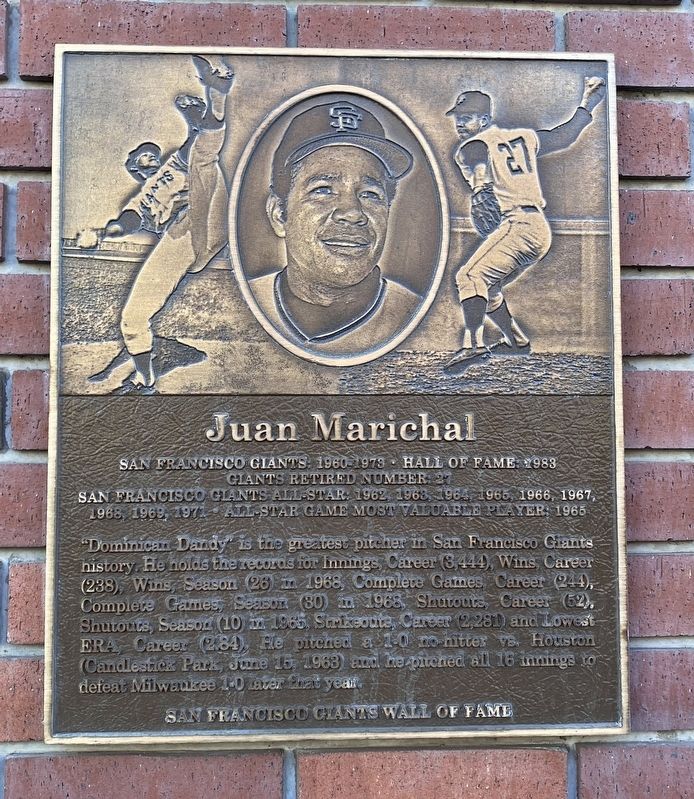 Topics and series. This historical marker is listed in these topic lists: African Americans • Hispanic Americans • Sports. In addition, it is included in the San Francisco Giants Wall of Fame series list. A significant historical date for this entry is June 15, 1963. 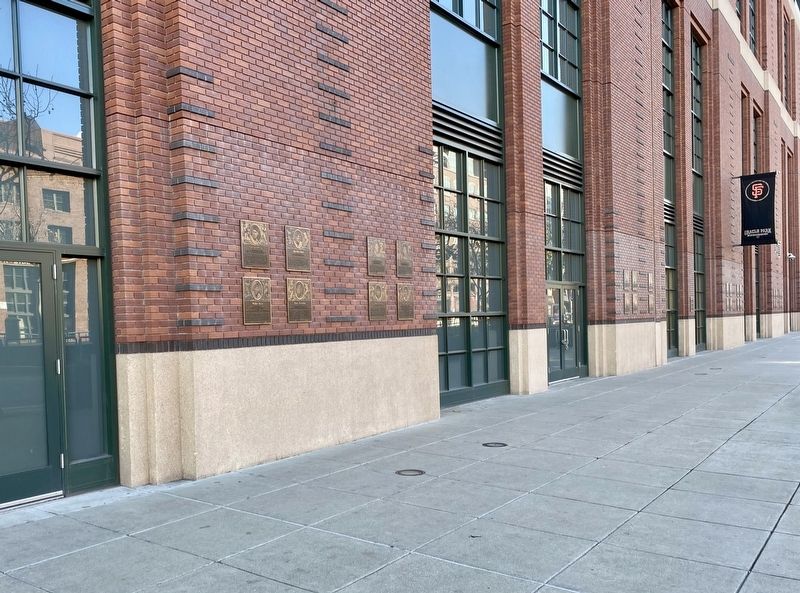 Photographed By Andrew Ruppenstein, December 17, 2020
2. Juan Marichal Marker - wide view
The Marichal marker is in the bottom row, second from the left.

"Juan Antonio Marichal Sánchez (born October 20, 1937) (nicknamed The Dominican Dandy) is a Dominican former professional baseball player. He played as a right-handed pitcher in Major League Baseball, most notably for the San Francisco Giants. Marichal was known for his high leg kick, pinpoint control and durability....

Marichal also played for the Boston Red Sox and Los Angeles Dodgers for the final two seasons of his career. Although he won more games than any other pitcher during the 1960s, he appeared in only one World Series game and he was often 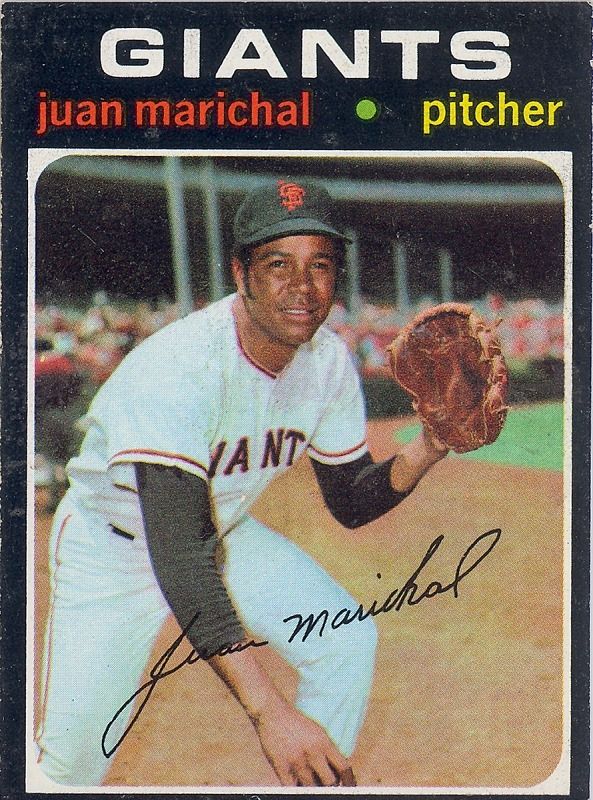 Stephen M. Falatko, Topps Company, Inc. (courtesy of the National Museum of American History), 1971
3. Juan Marichal baseball card
overshadowed by his contemporaries Sandy Koufax and Bob Gibson in post-season awards. Marichal was inducted into the Baseball Hall of Fame in 1983."