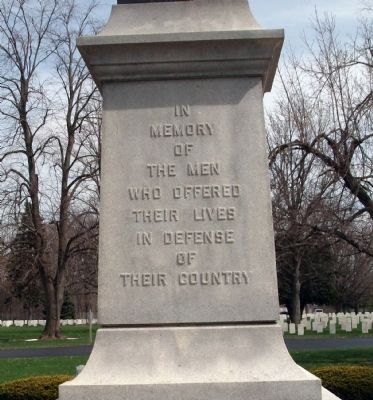 In memory of the men who offered their lives in defense of their Country.

Location. 40° 7.627′ N, 87° 34.811′ W. Marker is in Danville, Illinois, in Vermilion County. Marker can be reached from Blue Star Highway south of Main Street (Route 136). From Main Street, follow the Blue Star Highway to the South East behind the V.A. (a.k.a., Danville Junior College) grounds - then East into the Danville National Cemetery. Straight into the cemetery into the middle memorial grounds circle drive. Touch for map. Marker is at or near this postal address: 1900 East Main Street, Danville IL 61832, United States of America. Touch for directions. 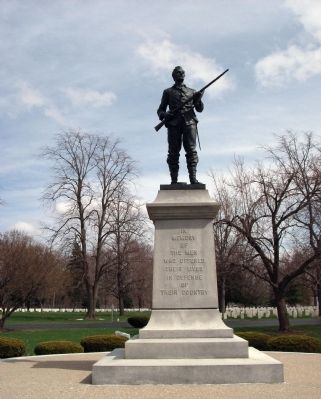 The monument is a bronze life-size Civil War soldier holding his musket. The soldier is mounted on a granite pedestal that is nine (9) feet high. The base is constructed of concrete and granite and is twenty-eight (28) feet in diameter and three (3) feet high.

The Vermilion County Museum stated that the monument is under the signature of William Clark Noble. As per University 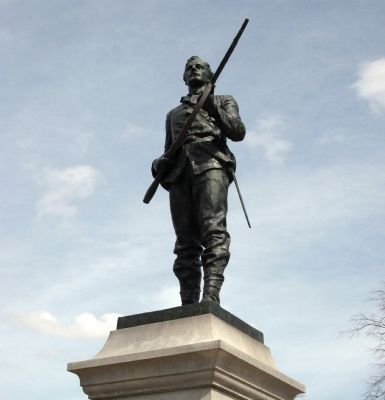 Photographed By Al Wolf, March 25, 2009
3. Statue - View One
of Illinois (Kris Quinn), Mr Noble was born in Maine, (DOB 1858 - DOD 1938.) They confirmed that he did the sculpture of a Civil War Soldier. The vendor involved was Gorham Manufacturing.

The dedication of the Soldiers’ Monument will take place today (Wednesday - May 30, 1917) at 2:30 p.m. at the (then called) National Soldiers’ Home to which invitation is extended to the public to attend. The event will be a patriotic one, and the fine program will be given. A concert by the Reservation Band will follow.

Honorable Frank T. O’Hair of Paris (Illinois) will be one of the principal speakers. Honorable John H. Lewman of Danville (Illinois) is also on the program for a patriotic address. The National Salute will be given by Battery A.

There will be present a number of the prominent officials of the National Board of Managers, including General George H. Wood, president of board of Managers, who will preside over the dedication: Captain John C. Nelson, first vice president; Colonel C. W. Wadsworth, general treasurer; Honorable James S. Catherwood, local manager, and H. E. Rivers acting governor of the Danville branch. 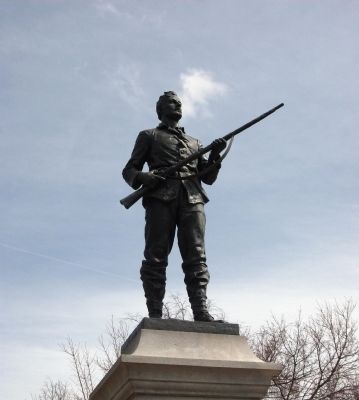 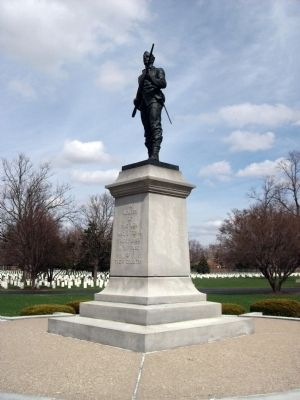 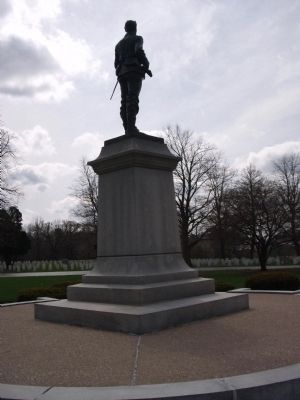 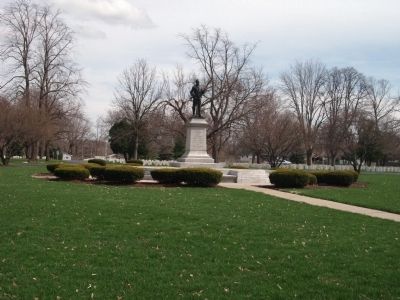 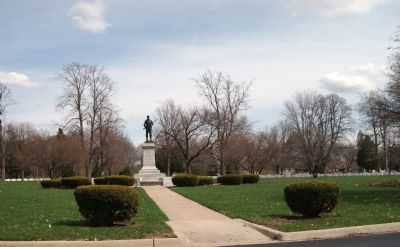 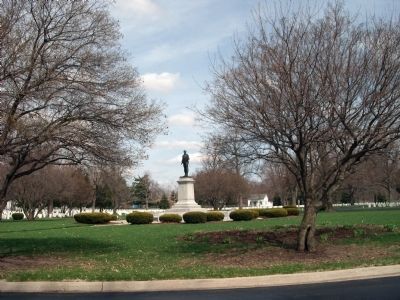 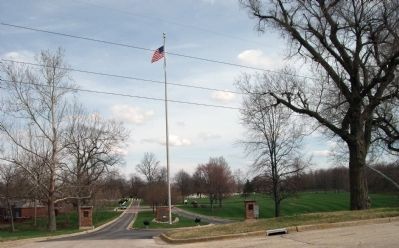