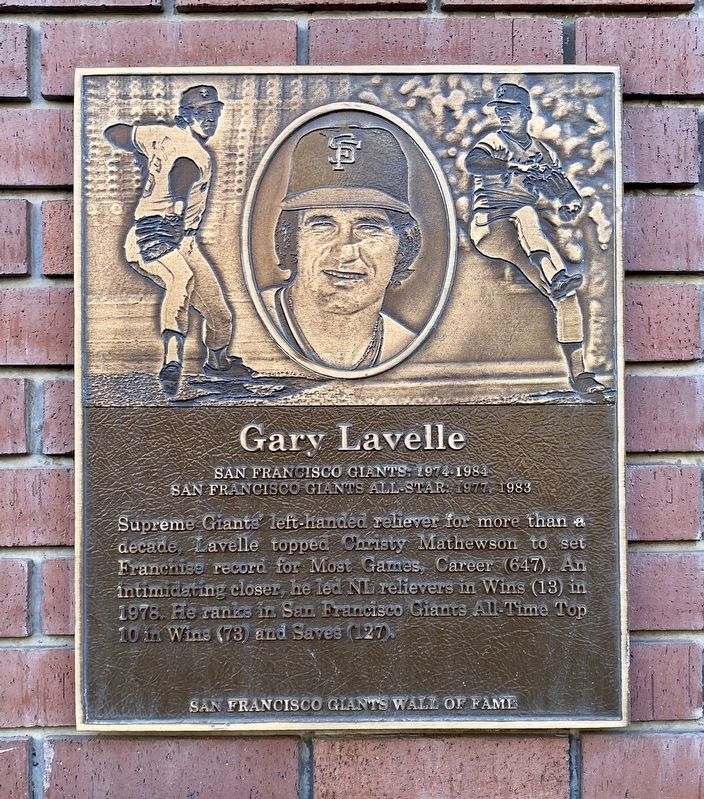 Supreme Giants left-handed reliever for more than a decade, Lavelle topped Christy Mathewson to set Franchise record for Most Games, Career (647). An intimidating closer, he led NL relievers in Wins (13) in 1978. He ranks in San Francisco Giants All-Time Top 10 in Wins (73) and Saves (127).

Topics and series. This historical marker is listed in this topic list: Sports. In addition, it is included in the San Francisco Giants Wall of Fame series list. 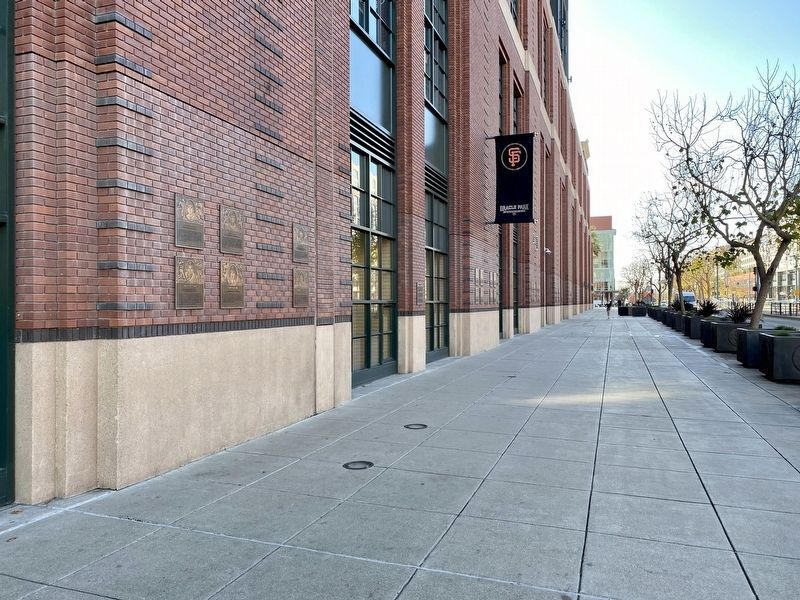 Photographed By Andrew Ruppenstein, December 17, 2020
2. Gary Lavelle Marker - wide view
The subject marker is in the bottom row, second from the left.

"Gary Robert Lavelle (born January 3, 1949) is a retired professional baseball pitcher who played in Major League Baseball from 1974 to 1987....Lavelle spent the majority of his Major League career with the San Francisco Giants, and also played for the Toronto Blue Jays and Oakland Athletics before retiring in 1987. He posted a career high 13 wins in 1978 and accumulated 136 saves in his 13-season career."

"Lavelle pitched in 647 games from 1974-1984 with the Giants, topping the franchise’s all-time list. He amassed that total while performing almost exclusively in relief, starting only three big league games. His durability made him a valued member of Giants teams that finished above .500 only three times during his San Francisco tenure."