Formation of the Southern Methodist Church 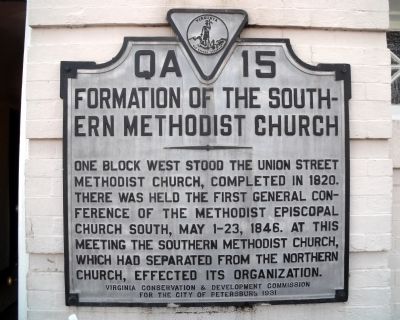 One block west stood the Union Street Methodist Church, completed in 1820. There was held the first general conference of the Methodist Episcopal Church South, May 1-23, 1846. At this meeting the Southern Methodist Church, which had separated from the Northern Church, effected its organization.

Topics and series. This historical marker is listed in this topic list: Churches & Religion. In addition, it is included in the Virginia Department of Historic Resources series list. A significant historical month for this entry is May 1856. 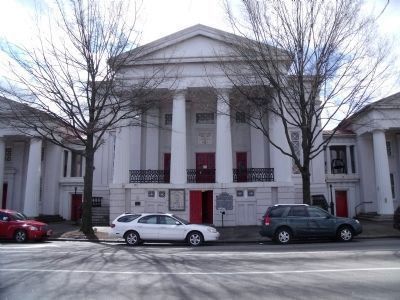 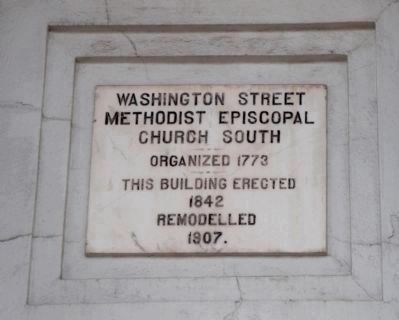 Photographed By Bernard Fisher, March 29, 2009
3. Inscription above the doors. 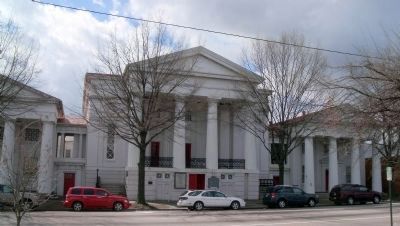