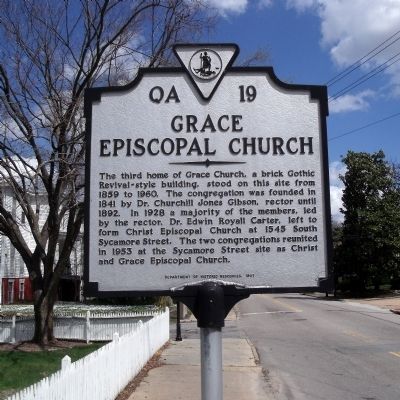 The third home of Grace Church, a brick Gothic Revival-style building, stood on this site from 1859 to 1960. The congregation was founded in 1841 by Dr. Churchhill Jones Gibson, rector until 1892. In 1928 a majority of the members, led by the rector, Dr. Edwin Royall Carter, left to form Christ Episcopal Church at 1545 South Sycamore Street. The two congregations reunited in 1953 at the Sycamore Street site as Christ and Grace Episcopal Church.

Topics and series. This historical marker is listed in these topic lists: Architecture • Churches & Religion. In addition, it is included in the Virginia Department of Historic Resources series list. A significant historical year for this entry is 1859.

Other nearby markers. At least 8 other markers are within walking distance of this marker. Headquarters of Gen. R. E. Lee (about 600 feet away, measured 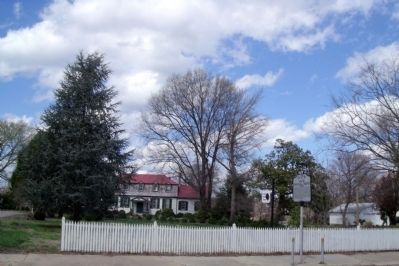