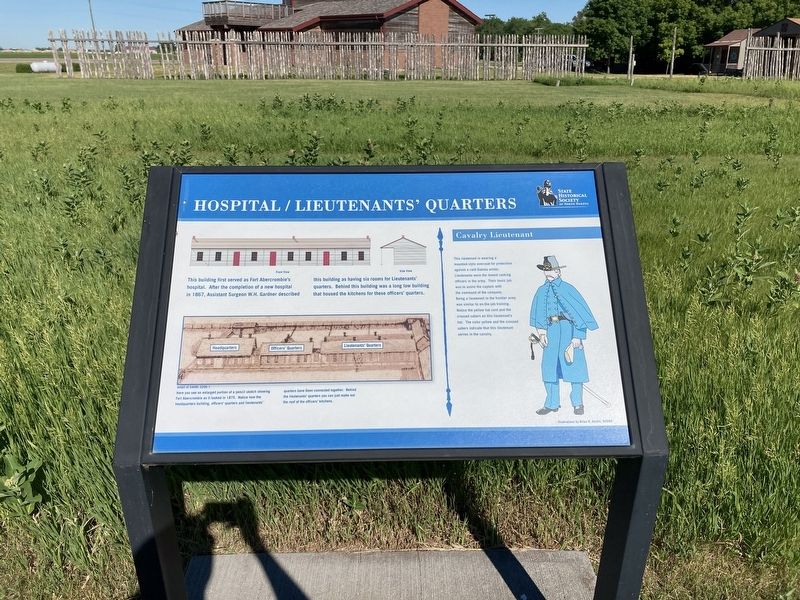 This lieutenant is wearing a mounted-style overcoat for protection against a cold Dakota winter. Lieutenants were the lowest ranking officers in the army. Their basic job was to assist the captain with the command of the company. Being a lieutenant in the frontier army was similar to on-the-job training. Notice the yellow hat cord and the crossed sabers on this lieutenant's hat. The color yellow and the crossed sabers indicate that this lieutenant serves in the cavalry. . This historical marker was erected by State Historical Society of North Dakota. It is in Abercrombie in Richland County North Dakota

This building first served as Fort Abercrombie's hospital. After the completion of a new hospital in 1867, Assistant Surgeon W.H. Gardner described this building as having six rooms for Lieutenants' quarters. Behind this building was a long low building that housed the kitchens for these officers' quarters. 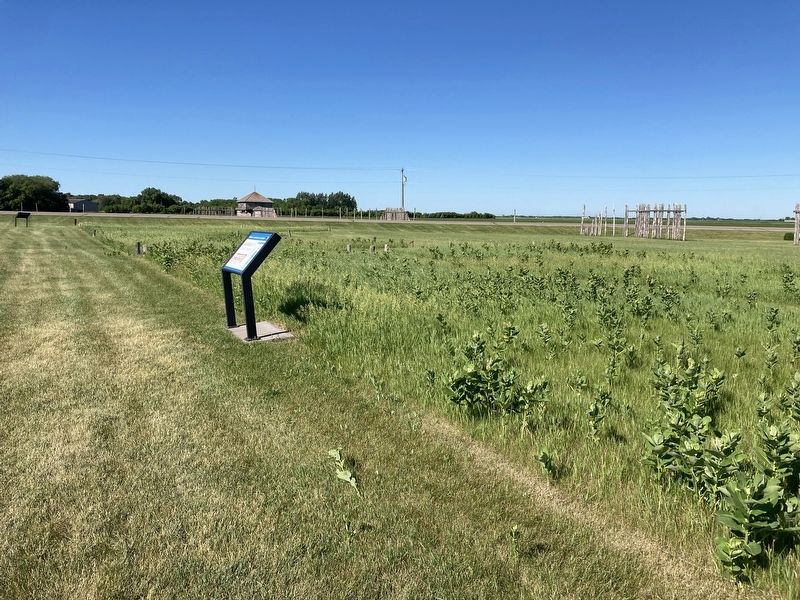 Topics. This historical marker is listed in this topic list: Forts and Castles. A significant historical year for this entry is 1867.

Location. 46° 26.726′ N, 96° 43.141′ W. Marker is in Abercrombie, North Dakota, in Richland County. Marker can be reached from Broadway North (County Road 4) near Abercrombie Street. Touch for map. Marker is at or near this postal address: 935 Broadway N, Abercrombie ND 58001, United States of America. Touch for directions.