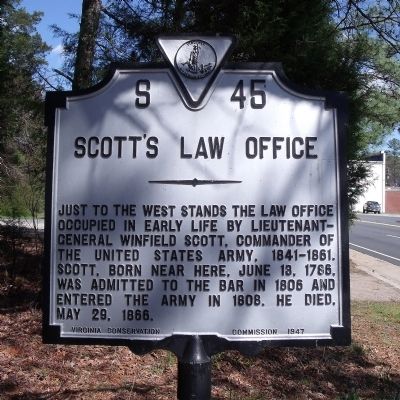 Photographed By Bernard Fisher, March 29, 2009
1. Scott's Law Office Marker
Inscription.
Scott's Law Office. . Just to the west stands the law office occupied in early life by Lieutenant-General Winfield Scott, commander of the United States Army, 1841-1861. Scott, born near here, June 13, 1786, was admitted to the bar in 1806 and entered the army in 1808. He died, May 29, 1866. . This historical marker was erected in 1947 by Virgninia Conservation Commission. It is in Dinwiddie in Dinwiddie County Virginia

Topics and series. This historical marker is listed in this topic list: Military. In addition, it is included in the Virginia Department of Historic Resources series list. A significant historical month for this entry is May 1887. 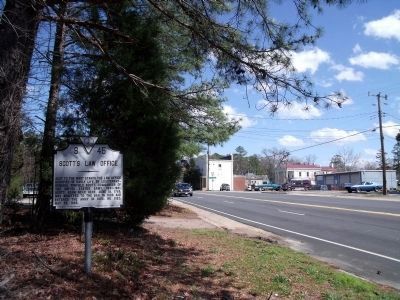 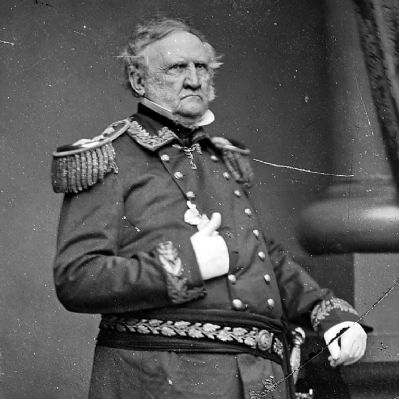