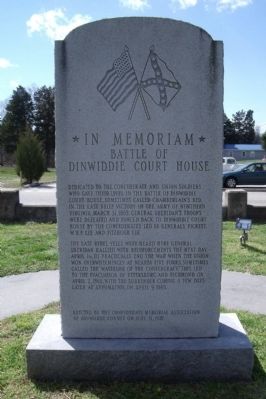 Dedicated to the Confederate and Union soldiers who gave their lives in the Battle of Dinwiddie Court House, sometimes called Chamberlain’s Bed, in the last brief victory of the Army of Northern Virginia, March 31, 1865. General Sheridan’s troops were defeated and forced back to Dinwiddie Court House by the Confederates led by Generals Pickett, W.H.F. Lee and Fitzhugh Lee.

The last rebel yells were heard here. General Sheridan rallied with reinforcements the next day, April 1st, to practically end the war when the Union won overwhelmingly at nearby Five Forks, sometimes called the “Waterloo of the Confederacy.” This led to the evacuation of Petersburg and Richmond on April 2, 1865, with the surrender coming a few days later at Appomattox, on April 9, 1865.

Erected by the Confederate Memorial Association of Dinwiddie County on July 31,1972. 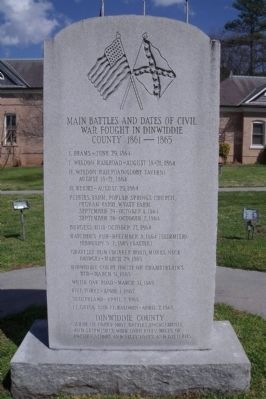 Dinwiddie County
Scene of forty-nine battles, engagements, and skirmishes, with over fifty miles of fortifications and sixty forts and batteries.

Topics. This historical marker is listed in this topic list: War, US Civil. A significant historical month for this entry is February 1887. 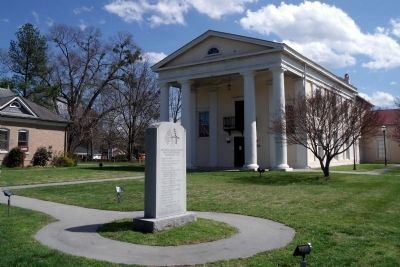 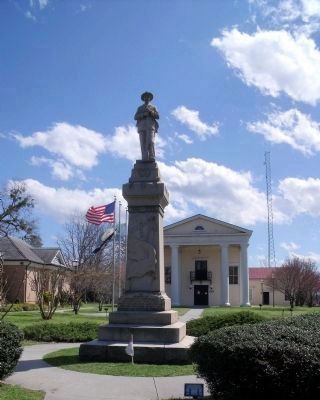 Photographed By Bernard Fisher, March 29, 2009
4. Dinwiddie Confederate Soldiers Monument.
In memory of Dinwiddie’s Confederate soldiers, that their heroic deeds sublime, self-sacrifice and undying devotion to duty and country may never be forgotten. November 27, 1909. 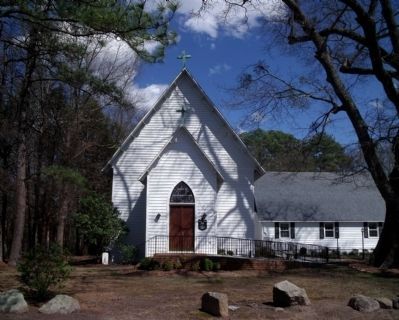 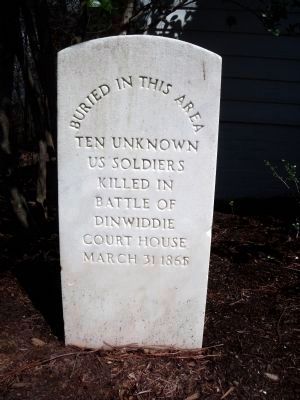