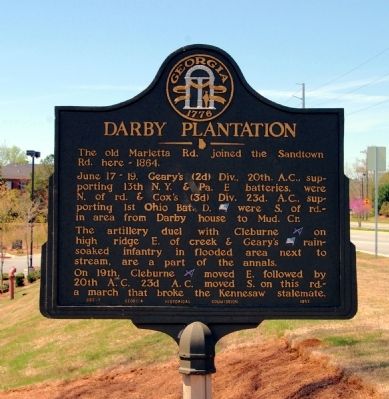 The artillery duel with Cleburne [CS] on high ridge E. of creek & Geary’s [US] rain-soaked infantry in flooded area next to stream, are a part of the annals.

Topics and series. This historical marker is listed in this topic list: War, US Civil. In addition, it is included in the Georgia Historical Society series list. A significant historical month for this entry is June 1754. 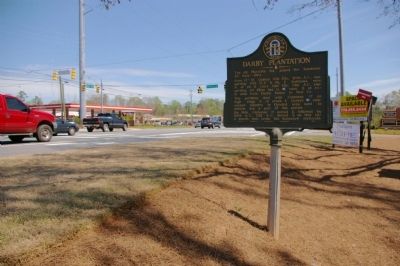 Click or scan to see
this page online
east on Marietta Highway. Marker is at entrance to shopping center opposite Bob Cox Road. Touch for map. Marker is in this post office area: Marietta GA 30064, United States of America. Touch for directions.

More about this marker. Marker originally stood approximately 1/10 mile east on Ga 120, in front of the Darby house. 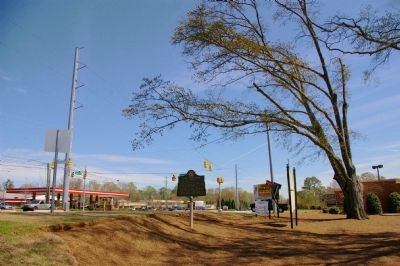 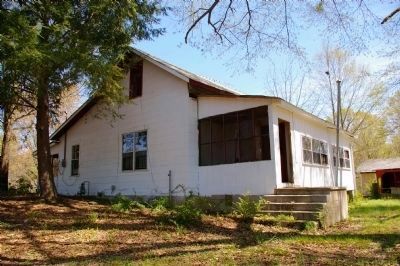 Photographed By David Seibert, April 4, 2009
4. Darby Plantation
This is the original front. The house has been extensively remodeled since the Civil War. The porch is a later addition, probably in the first third of the 20th century. The wing to the back was probably built at the same time. The window on the second floor appears to be original, while the ones on the first floor were probably added at the same time as the rear addition. 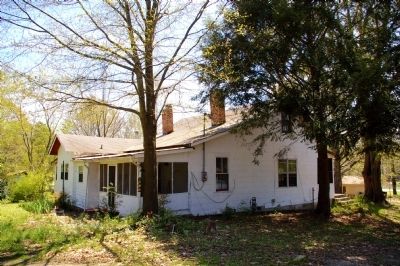