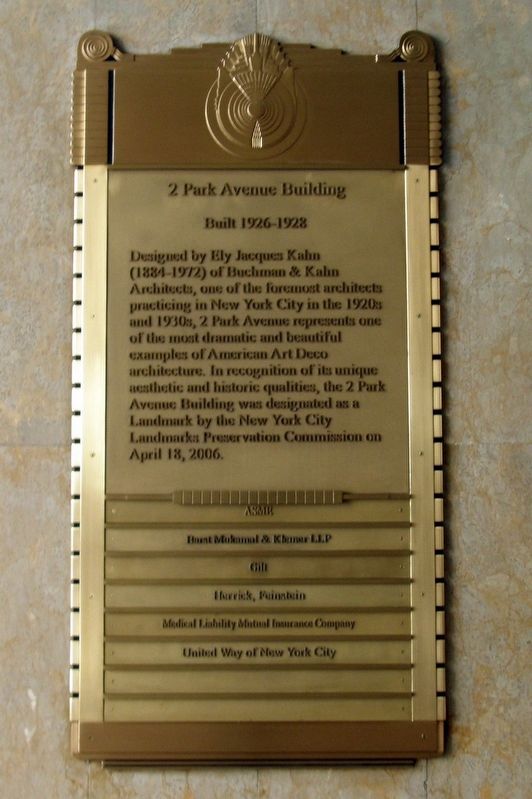 Designed by Ely Jacques Kahn (1884-1971) of Buchanan & Kahn Architects, one of the foremost architects practicing in New York City in the 1920s and 1930s, 2 Park Avenue represents one of the most dramatic and beautiful examples of American Art Deco architecture. In recognition of its unique aesthetic and historic qualities, the 2 Park Avenue Building was designated as a Landmark by the New York City Landmarks Preservation Commission on April 18, 2006.

Topics. This historical marker is listed in this topic list: Architecture. A significant historical date for this entry is April 18, 2006. 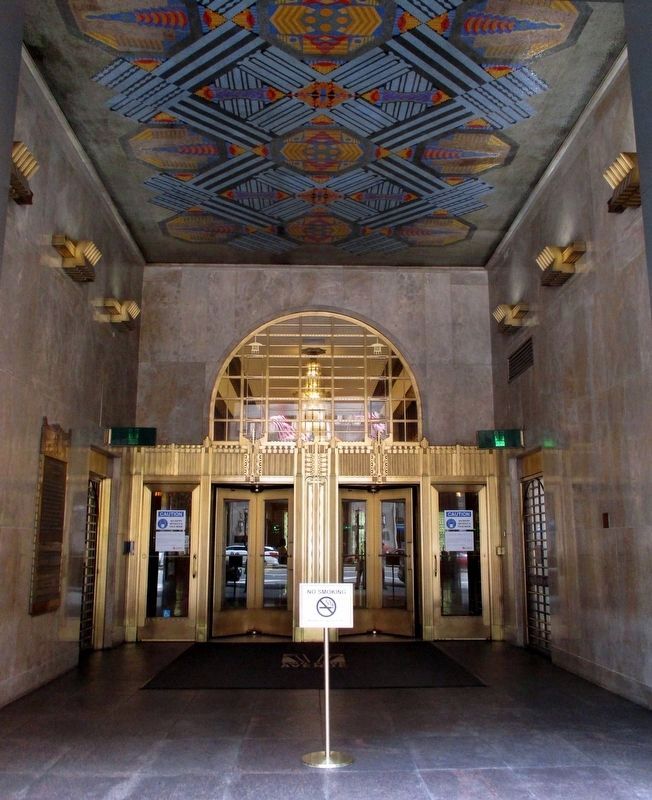 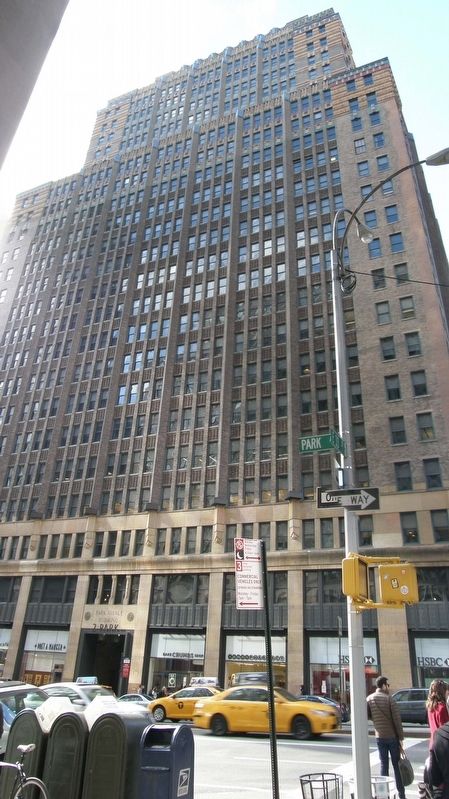