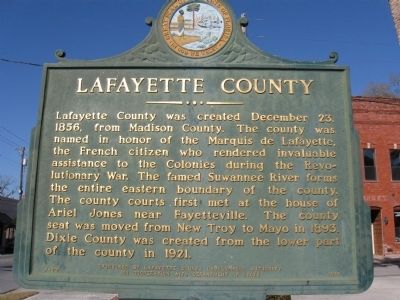 Lafayette County was created December 23, 1856, from Madison County. The county was named in honor of the Marquis de Lafayette, the French citizen who rendered invaluable assistance to the Colonies during the Revolutionary War. The famed Suwannee River forms the entire eastern boundary of the county. The county courts first met at the house of Ariel Jones near Fayetteville. The county seat was moved from New Troy to Mayo in 1893. Dixie County was created from the lower part of the county in 1921.

Topics. This historical marker is listed in these topic lists: War, US Revolutionary • Waterways & Vessels. A significant historical date for this entry is December 23, 1882. 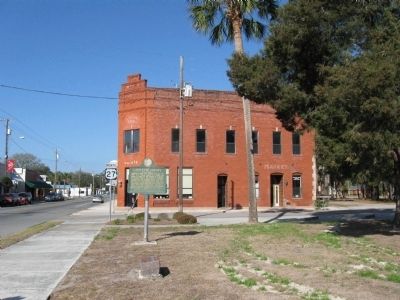 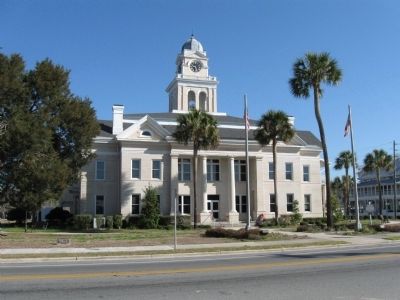