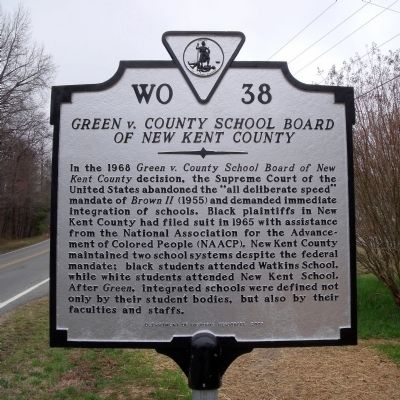 In the 1968 Green v. County School Board of New Kent County decision, the Supreme Court of the United States abandoned the “all deliberate speed” mandate of Brown II (1955) and demanded immediate integration of schools. Black plaintiffs in New Kent County had filed suit in 1965 with assistance from the National Association for the Advancement of Colored People (NAACP). New Kent County maintained two school systems despite the federal mandate; black students attended Watkins School, while white students attended New Kent School. After Green, integrated schools were defined not only by their student bodies, but also by their faculties and staffs.

Erected 2005 by Department of Historic Resources. (Marker Number WO-38.)

Topics and series. This historical marker is listed in these topic lists: African Americans • Civil Rights. In addition, it is included in the National Historic Landmarks series list. 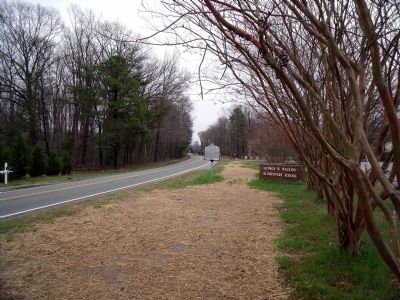 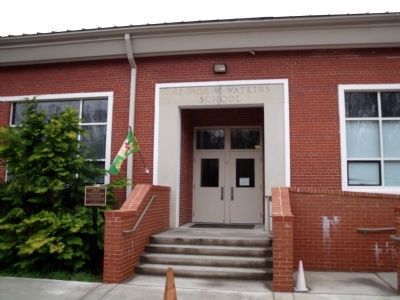 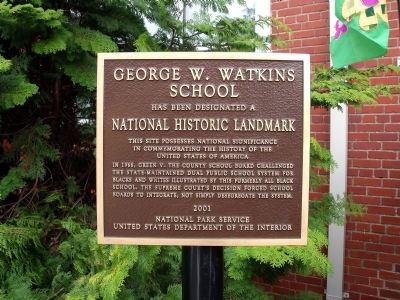