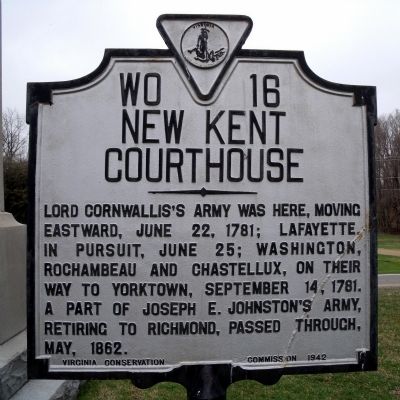 Lord Cornwallis's army was here, moving eastward, June 22, 1781; Lafayette, in pursuit, June 25; Washington, Rochambeau and Chastellux, on their way to Yorktown, September 14, 1781. A part of Joseph E. Johnston's army, retiring to Richmond, passed through, May, 1862.

Topics and series. This historical marker is listed in these topic lists: War, US Civil • War, US Revolutionary. In addition, it is included in the Former U.S. Presidents: #01 George Washington, the The Washington-Rochambeau Route, the Virginia Department of Historic Resources, and the Washington’s Burgess Routes series lists. A significant historical year for this entry is 1781.

Location. This marker has been replaced by another marker nearby. It was located near 37° 31.069′ N, 76° 58.697′ W. Marker was in New Kent, Virginia, in New Kent County. Marker could be reached from the intersection of New Kent Highway and Courthouse Circle. The marker is 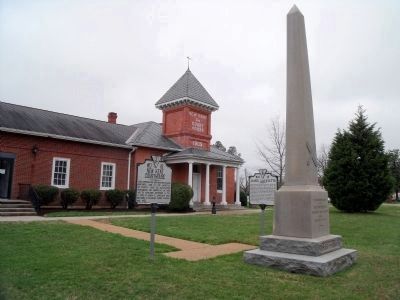 Click or scan to see
this page online
located on the lawn in front of the New Kent County Courthouse. Touch for map. Marker was in this post office area: New Kent VA 23124, United States of America. Touch for directions.

Related marker. Click here for another marker that is related to this marker. New Marker At This Location also titled "New Kent Courthouse". 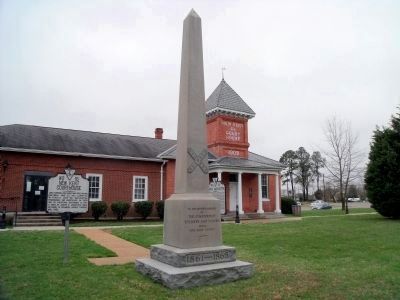 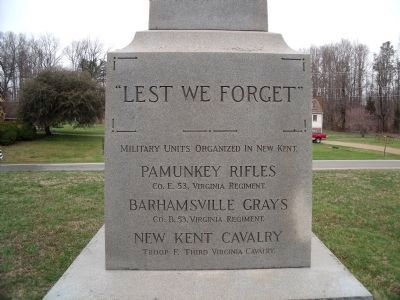 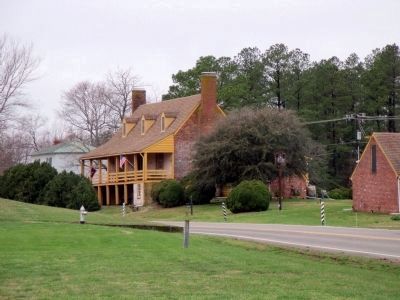