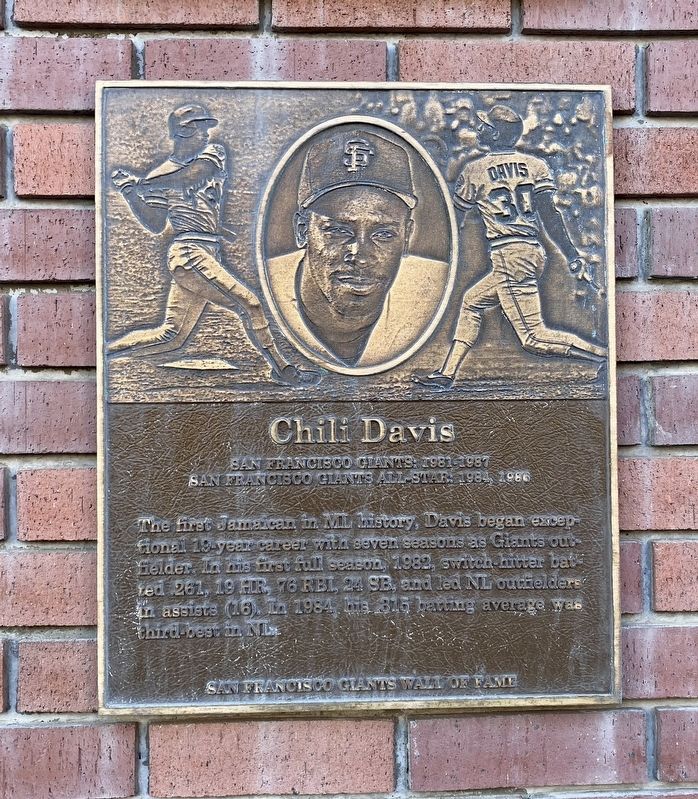 Topics and series. This historical marker is listed in these topic lists: African Americans • Sports. In addition, it is included in the San Francisco Giants Wall of Fame series list. A significant historical year for this entry is 1984. 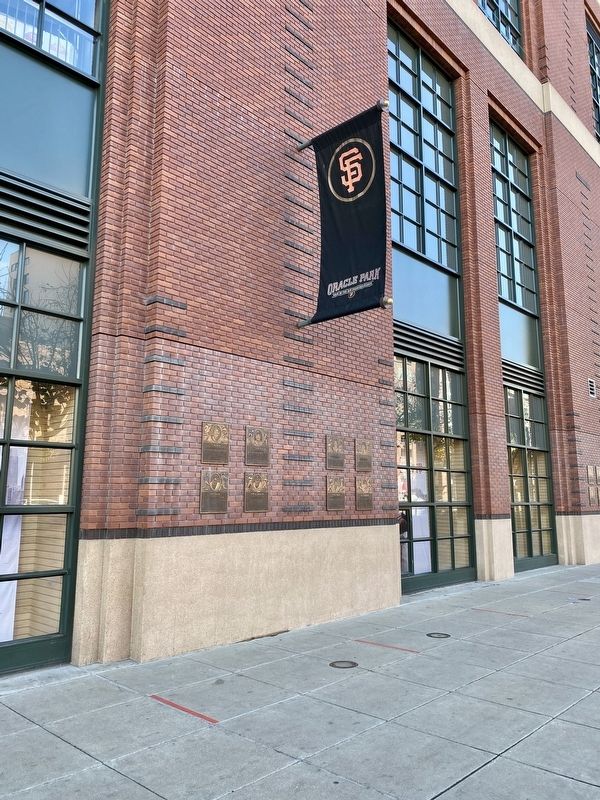 Photographed By Andrew Ruppenstein, December 17, 2020
2. Chili Davis Marker - wide view
The Davis marker is the leftmost in the bottom row.