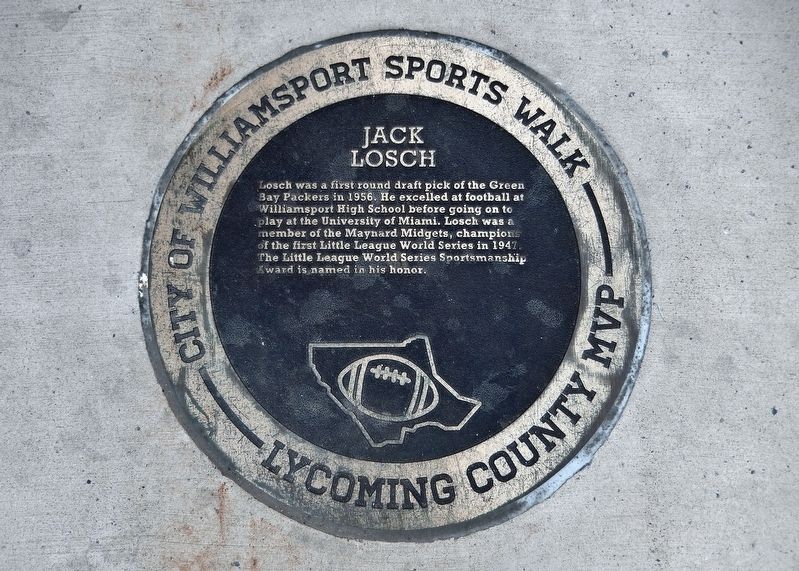 Losch was a first round draft pick of the Green Bay Packers in 1956. He excelled at football at Williamsport High School before going on to play at the University of Miami. Losch was a member of the Maynard Midgets, champions of the first Little League World Series in 1947. The Little League World Series Sportsmanship Award is named in his honor. . This historical marker is in Williamsport in Lycoming County Pennsylvania

Location. 41° 14.432′ N, 77° 0.234′ W. Marker is in Williamsport, Pennsylvania, in Lycoming County. Marker is on Laurel Street just south of West Willow Street, on the left when traveling north. Marker is embedded in the sidewalk. Touch for map. Marker is in this post office area: Williamsport PA 17701, United States of America. Touch for directions. 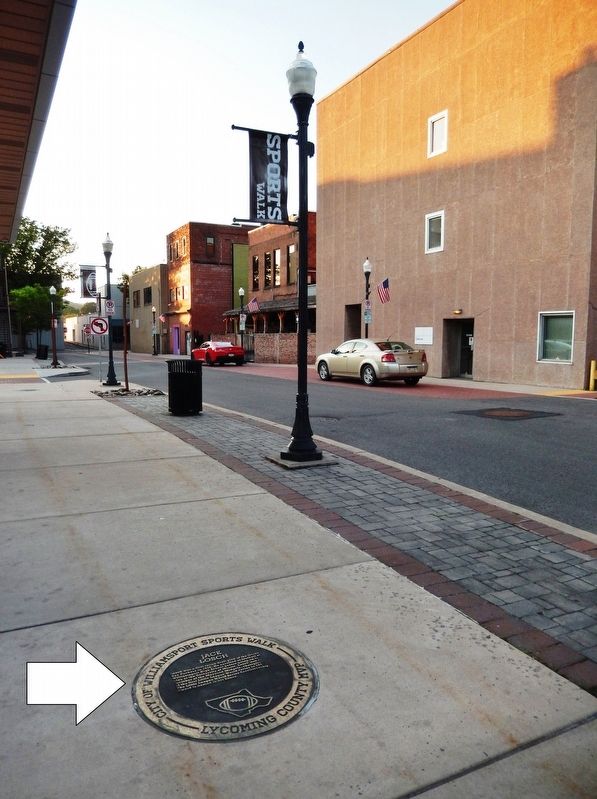 Also see . . .
1. Jack Losch (Wikipedia). Losch attended the University of Miami, where he starred in football, baseball, and track. He was an All-American with the Hurricanes football team, playing three seasons (1953–1955) at halfback and defensive back. Losch was inducted to the University's sports hall of fame in 1987. Losch still held some rushing records with Miami at the time of his death in 2004. (Submitted on July 21, 2021, by Cosmos Mariner of Cape Canaveral, Florida.)