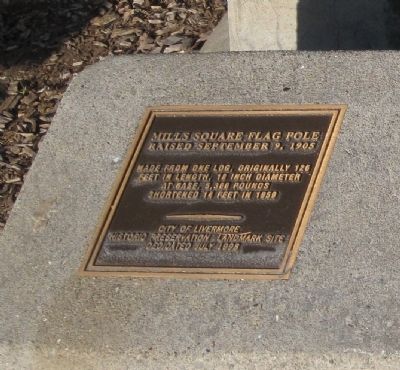 Photographed By Andrew Ruppenstein, April 5, 2009
1. Mills Square Flag Pole Marker
Inscription.
Mills Square Flag Pole. Raised September 9, 1905. Made from one log, originally 126 feet in length. 18 inch diameter at base, 5,300 pounds , Shortened 14 feet in 1959, City of Livermore , Historic Preservation Landmark Site , Dedicated July 1998 . This historical marker was erected in 1998 by City of Livermore. It is in Livermore in Alameda County California

Erected 1998 by City of Livermore.

Topics. This historical marker is listed in this topic list: Landmarks. A significant historical year for this entry is 1959.

More about this marker. The marker is mounted on the monument at the base of the flagpole in the plaza immediately to east of the library, in Carnegie Park. 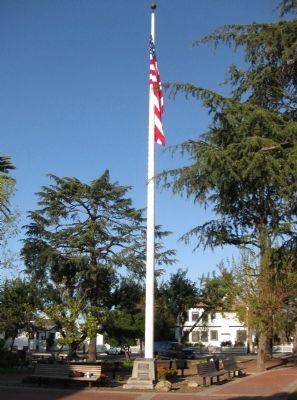 Photographed By Andrew Ruppenstein, April 5, 2009
2. Mills Square Flag Pole
After 99 years of towering over downtown Livermore , on October 7, 2004, the flagpole was taken down, refurbished, and then reinstalled in Carnegie Park. The historical marker was similarly removed from its original position with the pole and reinstalled with the pole at the new site. 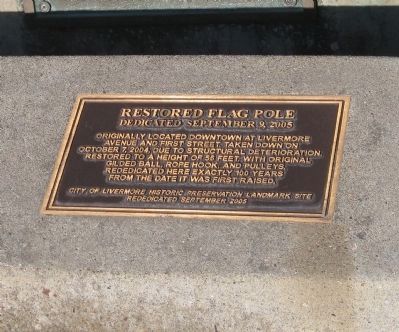 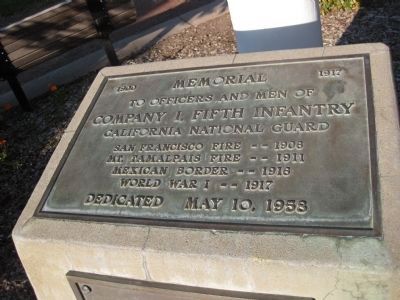 Photographed By Andrew Ruppenstein, April 5, 2009
4. Mills Square Flag Pole Veteran's Memorial
The flag pole monument includes plaques dedicated to Livermore's veterans. This plaque, the oldest, is mounted to the top of the monument, and reads: 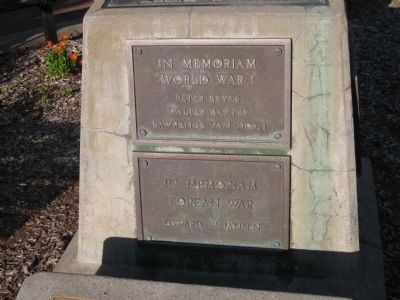 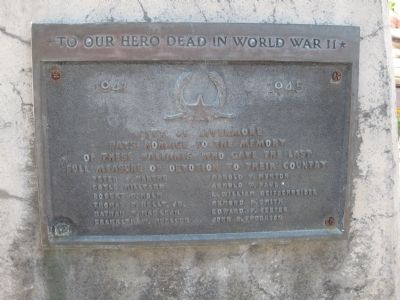 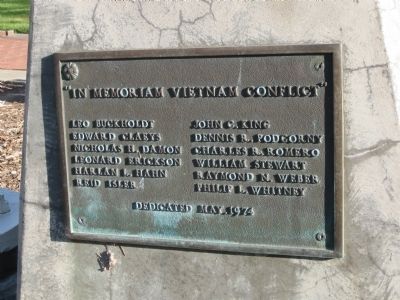 Photographed By Andrew Ruppenstein, April 5, 2009
7. Mills Square Flag Pole - Vietnam Memorial Plaque
Mounted on the left side of the monument is a memorial plaque that reads: