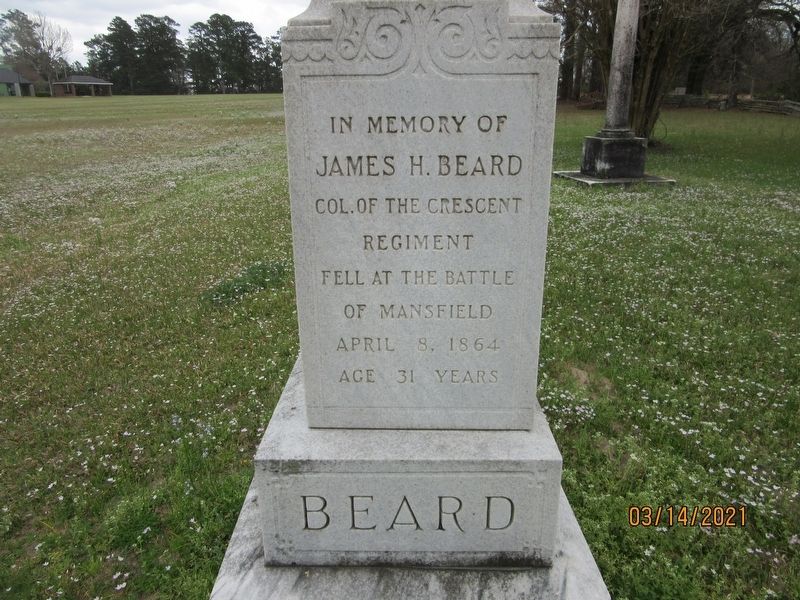 (Back) , First Captain of the Shreveport Greys

(Side) , First to raise the flag when Color Bearer was killed . This monument is in Mansfield in De Soto Parish Louisiana

(Front)
In memory of James H. Beard Col. of the Crescent Regiment Fell at the Battle of Mansfield April 8, 1864 Age 31 Years
Beard

(Back)
First Captain of the Shreveport Greys

(Side)
First to raise the flag when Color Bearer was killed

Topics. This monument and memorial is listed in this topic list: War, US Civil. A significant historical date for this entry is April 8, 1864.

Location. 32° 0.648′ N, 93° 39.993′ W. Marker is in Mansfield, Louisiana, in De Soto Parish. Memorial is on Louisiana Route 175 south of Parish Road 48, on the right when traveling north. Obelisk monument is located on the lawn of the battlefield park outside of the visitor's center adjacent to the driveway into the park. Touch for map. Marker is at or near this postal address: 15149 LA-175, Mansfield LA 71052, United States of America. Touch for directions. 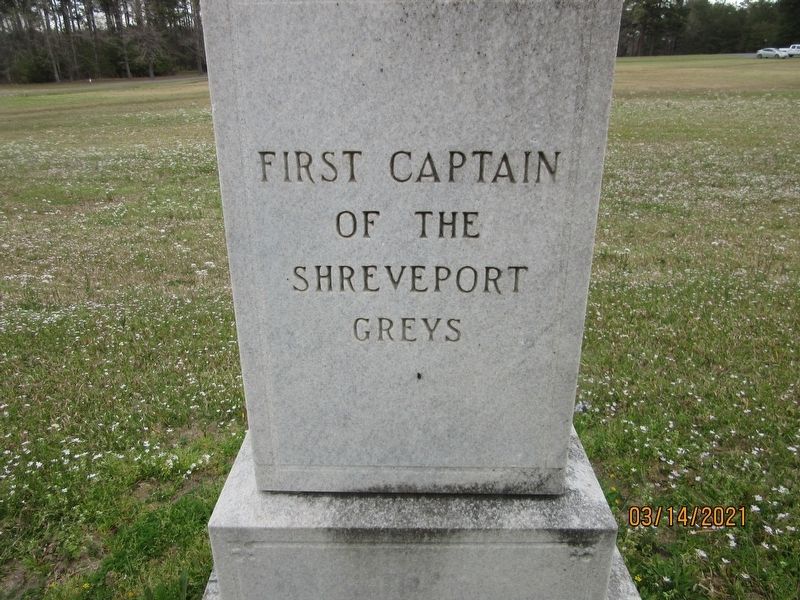 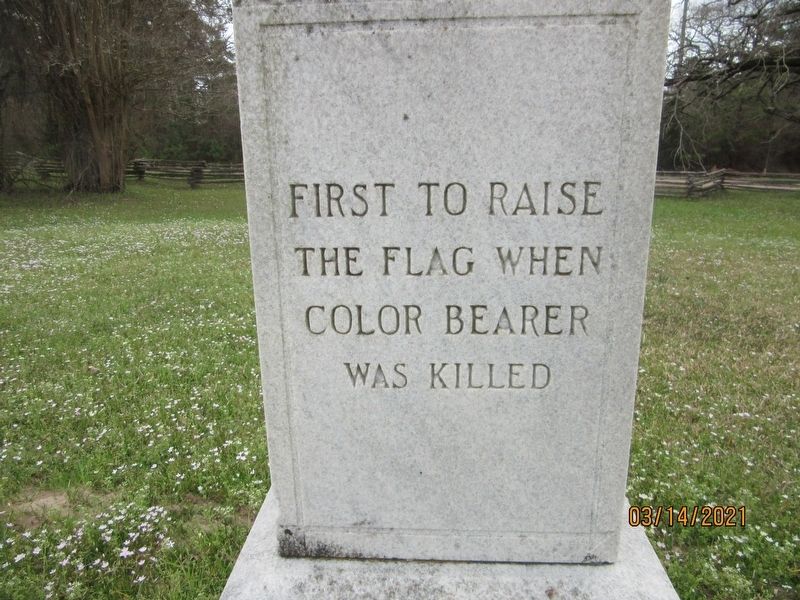 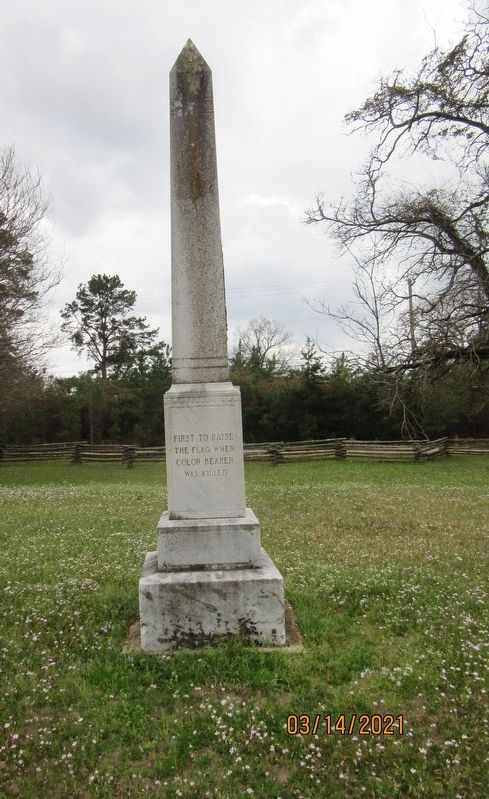