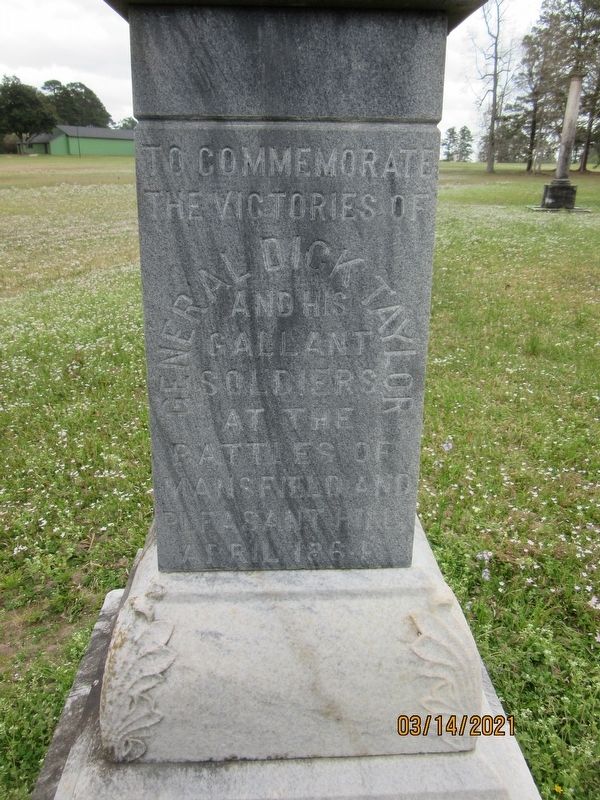 To commemorate the victories of General Dick Taylor and his gallant soldiers at the Battles of Mansfield and Pleasant Hill, April 1864

Topics and series. This monument and memorial is listed in this topic list: War, US Civil. In addition, it is included in the United Daughters of the Confederacy series list. A significant historical month for this entry is April 1864.

Location. 32° 0.65′ N, 93° 39.998′ W. Marker is in Mansfield, Louisiana, in De Soto Parish. Memorial is on Louisiana Route 175 south of Parish Road 48, on the right when traveling north. Located on the lawn along the driveway into the Mansfield State Historic Site outside Mansfield, LA. Touch for map. Marker is at or near this postal address: 15149 LA-175, Mansfield LA 71052, United States of America. Touch for directions. 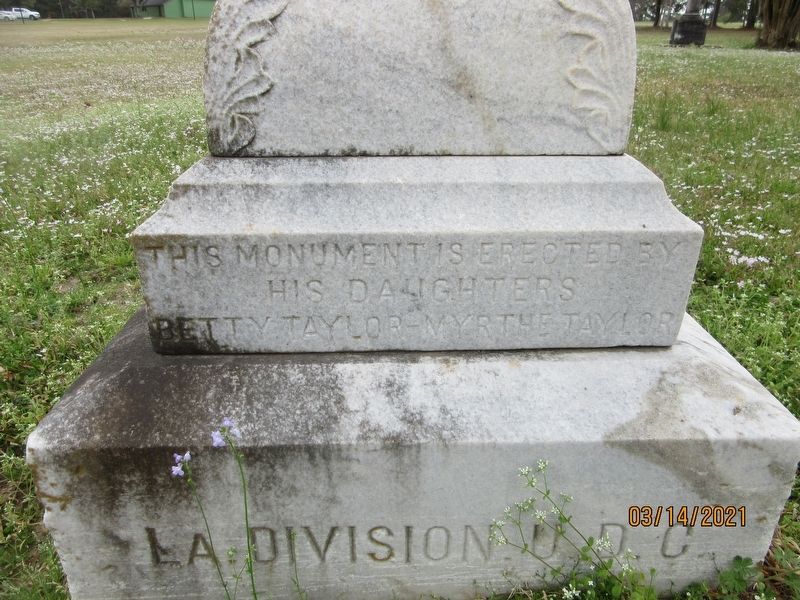 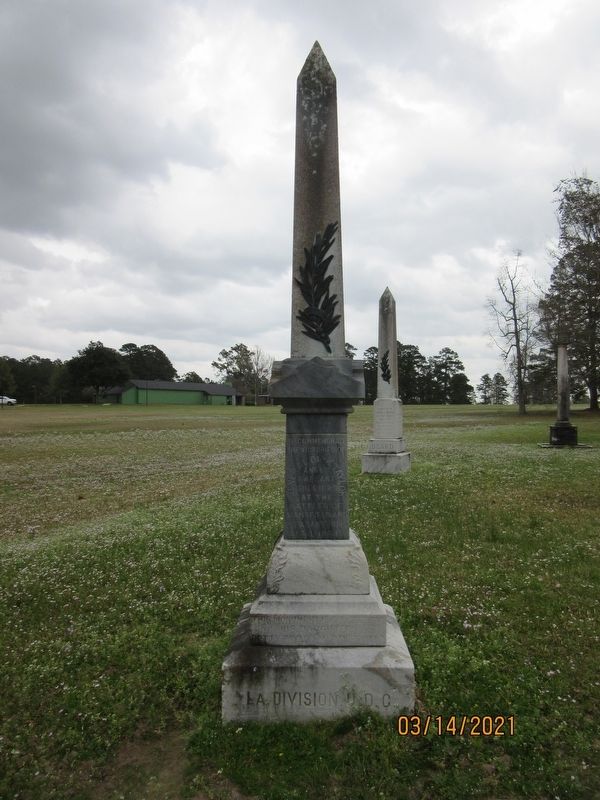