"Oldest Institution of Higher Learning in the Dakotas" 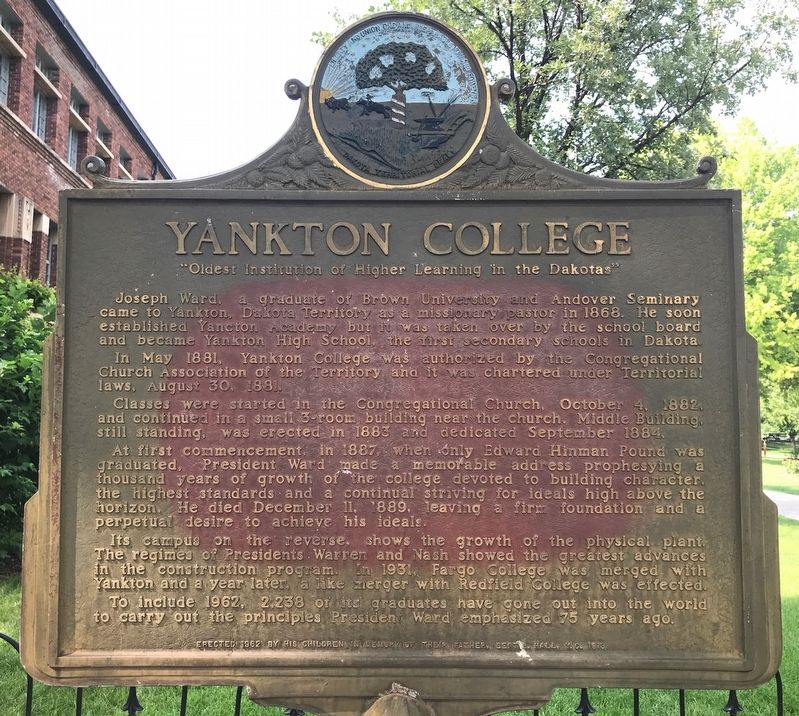 Joseph Ward, a graduate of Brown University and Andover Seminary came to Yankton Academy but it was taken over by the school board and became Yankton High School, the first secondary schools in Dakota.

In May 1881, Yankton College was authorized by the Congregational Church Association of the Territory and it was chartered under Territorial laws, August 30, 1881.

Classes were started in the Congregational Church, October 4, 1882, and continued in a small 3-room building near the church. Middle Building, still standing, was erected in 1883 and dedicated September 1884.

At first commencement, in 1887, when only Edward Hinman Pound was graduated, President Ward made a memorable address prophesying a thousand years of growth of the college devoted to building character, the highest standards and a continual striving for ideals high above the horizon. He died December 11, 1889, leaving a firm foundation and a perpetual desire to achieve his ideals.

Its campus on the reverse, shows the growth of the physical plant. The regimes of President Warren and Nash showed the greatest advances in the construction program. 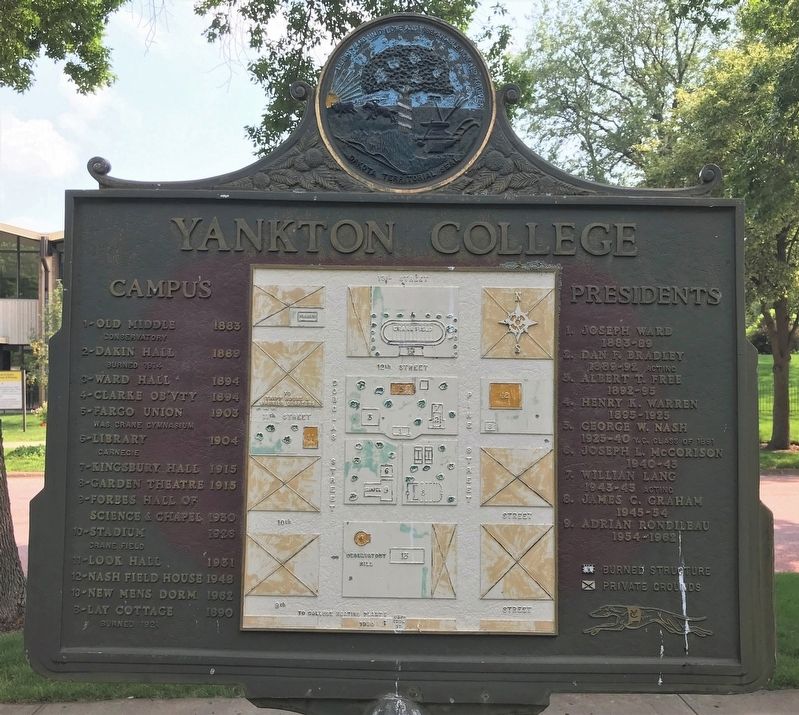 Click or scan to see
this page online
In 1931, Fargo College was merged with Yankton and a year later, a like merger with Redfield College was effected.

To include 1962, 2,238 of its graduates have gone out into the world to carry out the principles President Ward emphasized 75 years ago. 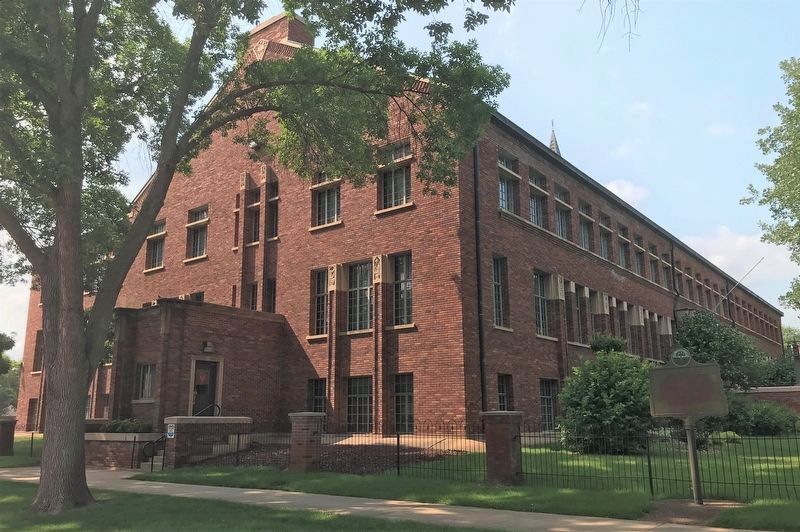 Topics and series. This historical marker is listed in these topic lists: Churches & Religion • Education. In addition, it is included in the South Dakota State Historical Society Markers series list. A significant historical month for this entry is May 1881.