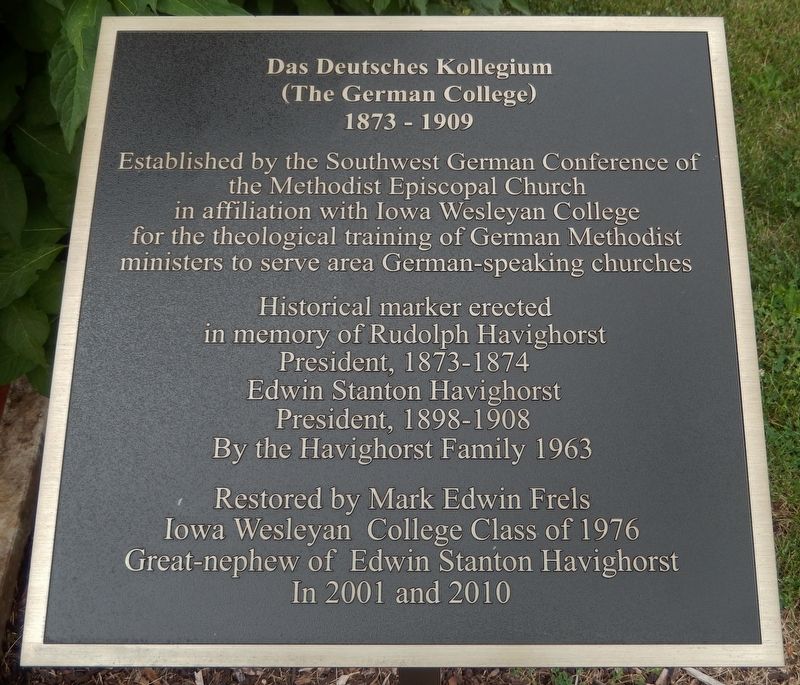 Restored by Mark Edwin Frels Iowa Wesleyan College Class of 1976 Great-nephew of Edwin Stanton Havighorst In 2001 and 2010. . This historical marker is in Mount Pleasant in Henry County Iowa

Topics. This historical marker is listed in these topic lists: Churches & Religion • Education. A significant historical year for this entry is 1873.

Location. 40° 58.427′ N, 91° 33.097′ W. Marker is in Mount Pleasant, Iowa, in Henry County. Marker can be reached from North Main Street north of East Pearl Street, on the right when traveling north. Touch for map. Marker is at or near this postal address: 601 North Main Street, Mount Pleasant IA 52641, United States of America. Touch for directions.

Other nearby markers. At least 8 other markers are within walking distance of this marker. James Harlan (about 400 feet away, measured in a direct line); P.E.O. Sisterhood Founded (about 500 feet away); Iowa Wesleyan College 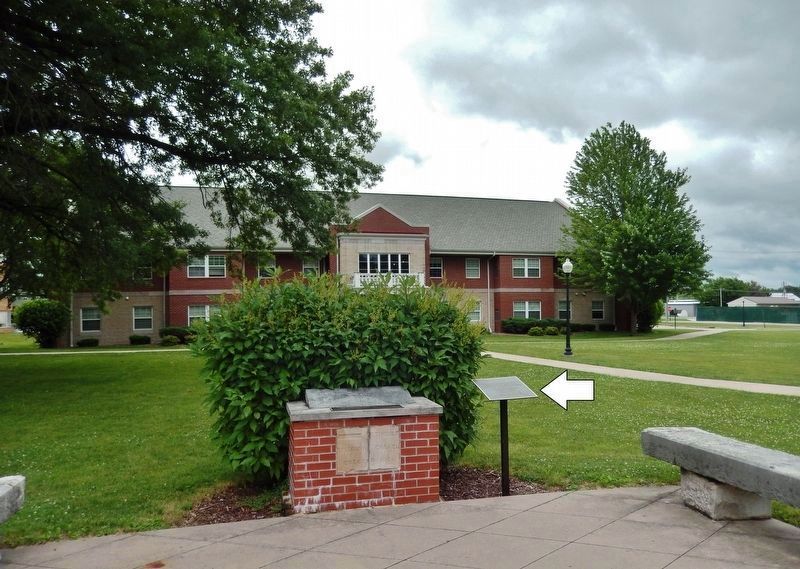 More about this marker. Marker is located next to the 1910 monument marking the former site of the German College.

Also see . . .  Das Deutsche K Das Deutsche Kollegium: W ollegium: Wesleyan's Teutonic Past. (The Annals of Iowa 35 (1960), Haselmayer, Louis A.) On the east block of the Iowa Wesleyan College campus stands the solitary, familiar red brick building known variously through the decades as the German Building, the Music Building or the Physics Building. This building once housed an independent educational institution which served from 1873-1909 as the backbone of German Methodism in the middlewest. German groups of many different religious backgrounds immigrated into Iowa after the 1848 civil wars in Germany, and here strove to preserve their old world culture around churches which employed the mother tongue for services. (Submitted on July 24, 2021, by Cosmos Mariner of Cape Canaveral, Florida.) 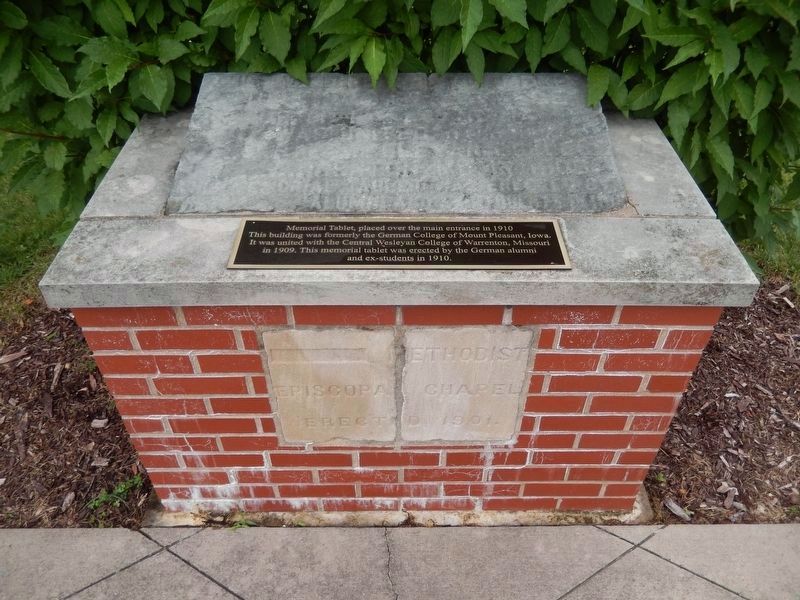 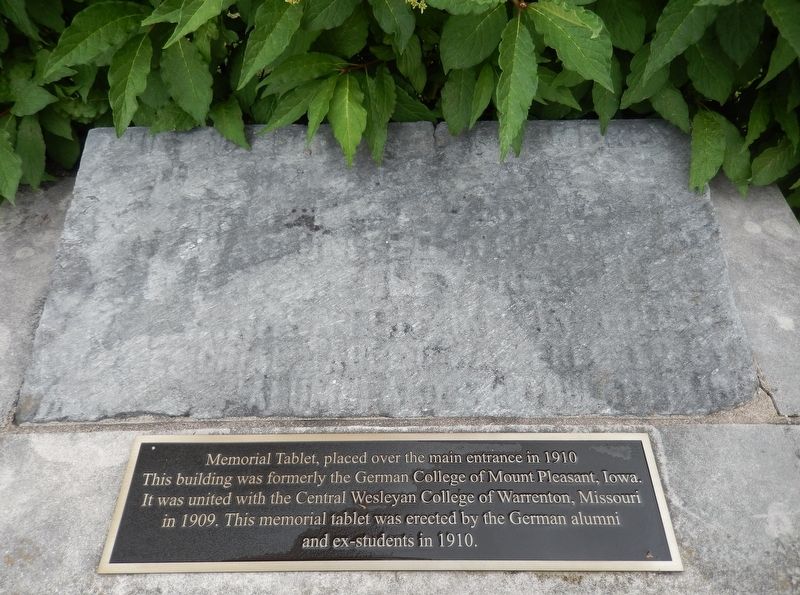