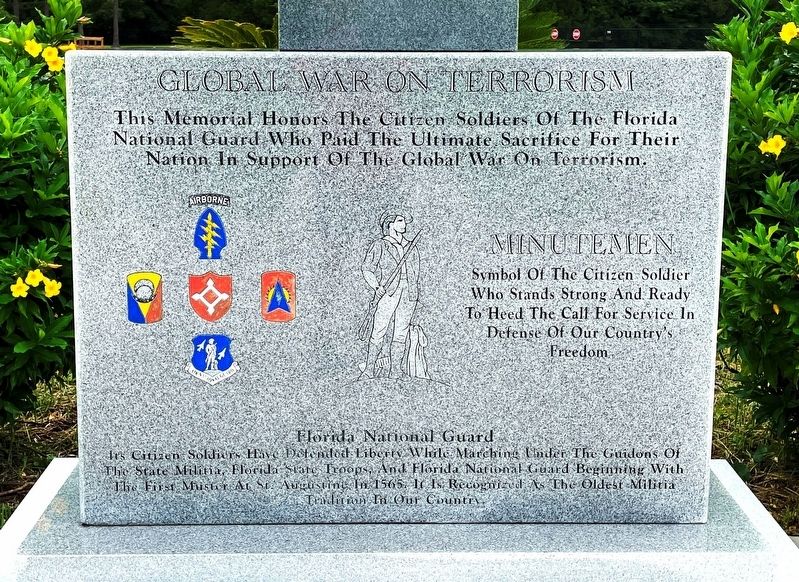 Florida National Guard
It’s Citizen Soldiers Have Defended Liberty While Marching Under The Guidons Of The State Militia, Florida State Troops, And Florida National Guard Beginning With The First Muster At St. Augustine In 1565. It Is Recognized As The Oldest Militia Tradition In Our County. 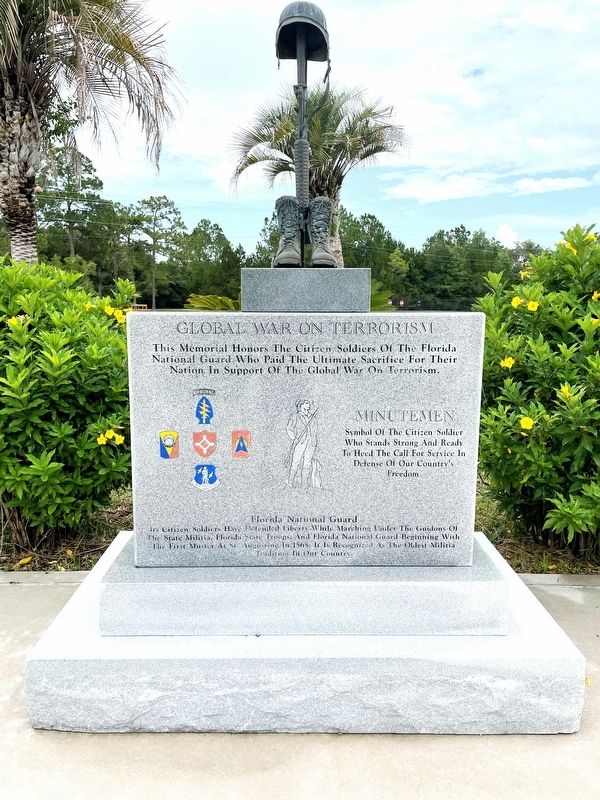 Click or scan to see
this page online
B, on the right when traveling north. The marker is located within the Camp Blanding Museum & Memorial Park, near the entrance to Camp Blanding. Touch for map. Marker is at or near this postal address: 5629 State Route 16 West, Starke FL 32091, United States of America. Touch for directions.