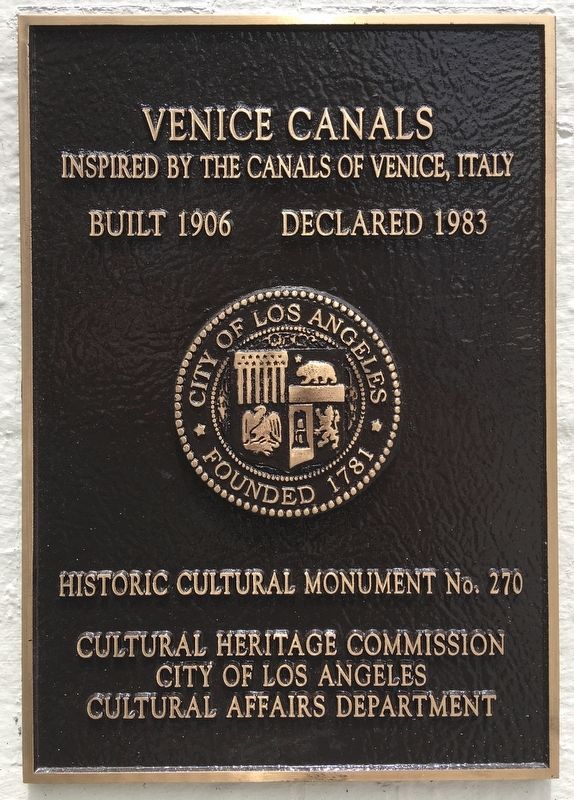 Topics and series. This historical marker is listed in these topic lists: Industry & Commerce • Settlements & Settlers • Waterways & Vessels. In addition, it is included in the City of Los Angeles Historic-Cultural Monuments series list. A significant historical year for this entry is 1906. 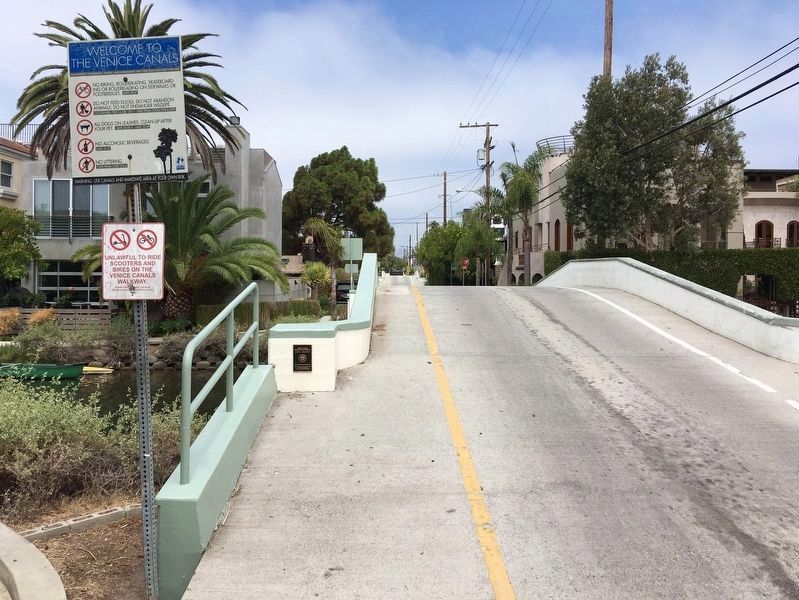 Photographed By Craig Baker, July 28, 2021
2. Venice Canals Marker
The marker is on the left side of the bridge.

Regarding Venice Canals. Venice was founded by wealthy developer Abbot Kinney in 1905 as a seaside resort town. It was an independent city until 1926, when it merged with Los Angeles. After annexation, many canals were filled in and paved over, and the former central lagoon became a traffic circle. In 1993 the existing canals were refurbished, dredged 5 feet deep in the center and 1½ feet at the sides, with open concrete blocks added to the sides and sloped at 55 degrees. Foot bridges and sidewalks were rebuilt. Ocean tidewater flow in the canals was improved. In the years since the improvements, many of the small cottages along the canals have been replaced with expensive multi-story homes. The canals are on the National Register of Historic Places, and the neighborhood is a National Historic District. 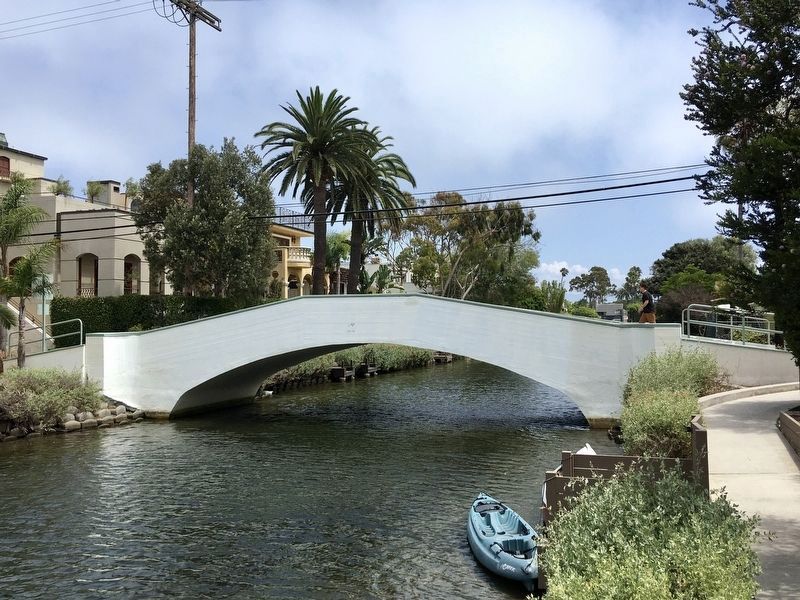 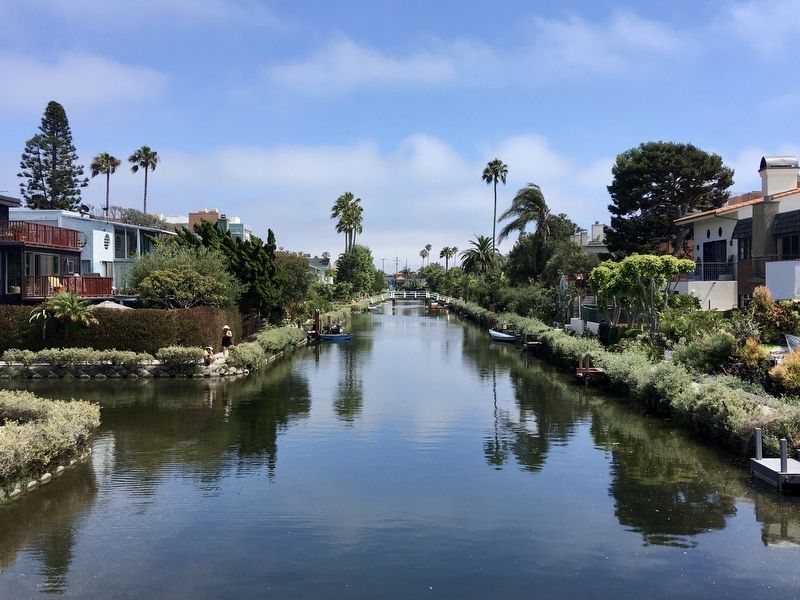 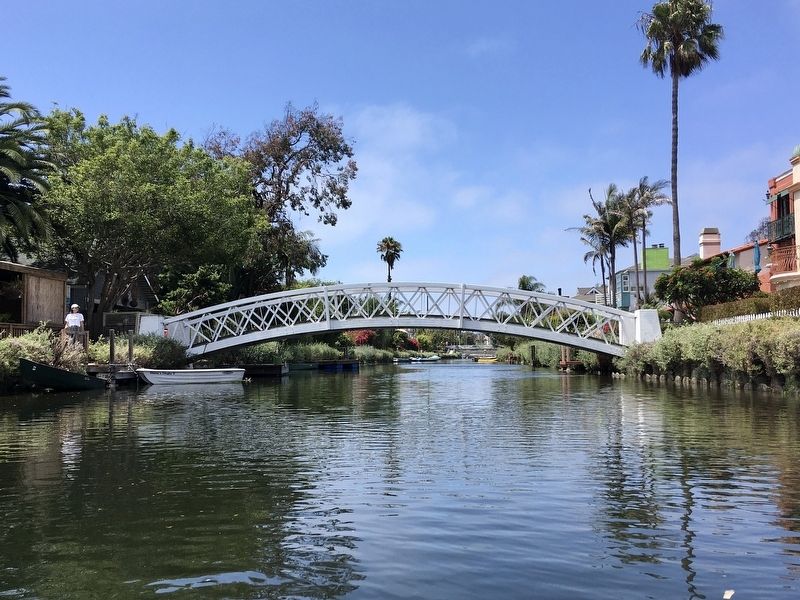 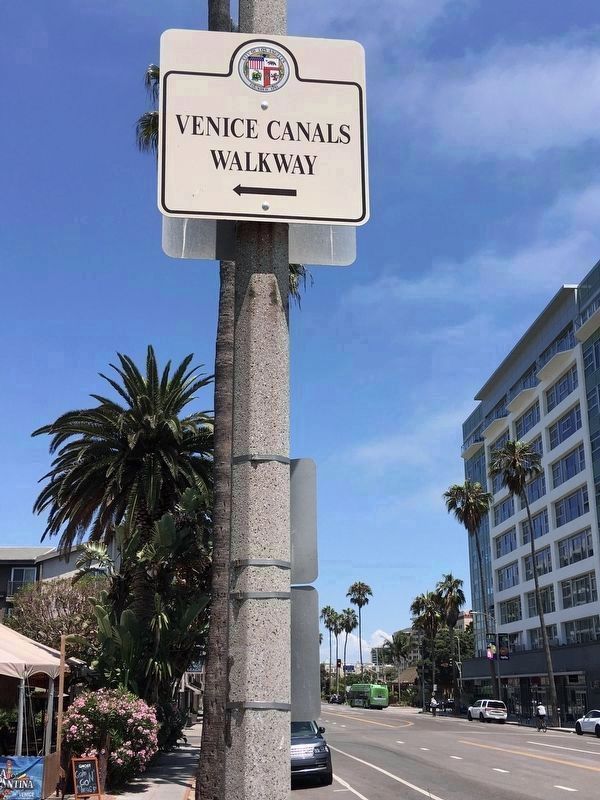 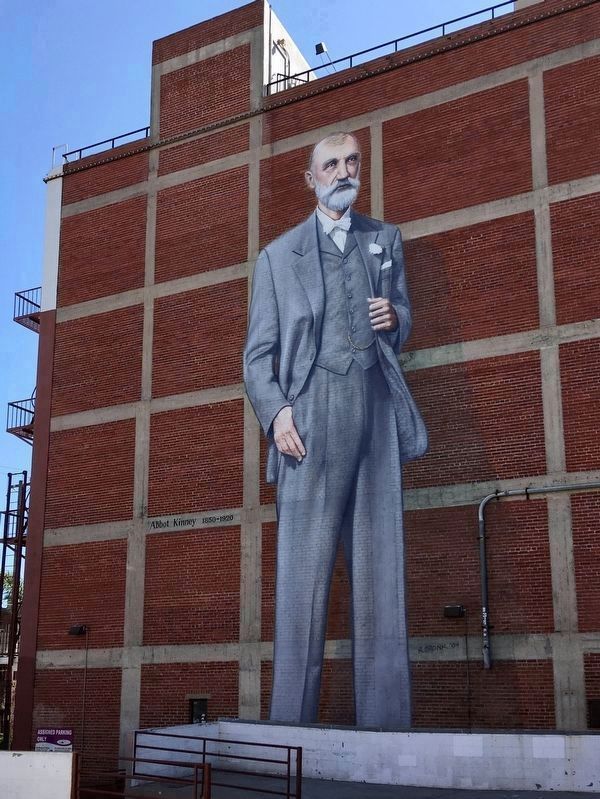 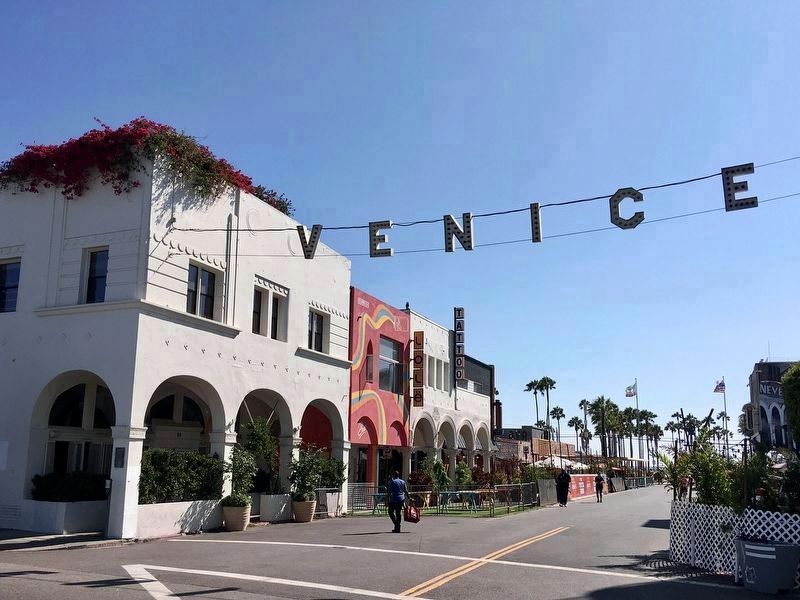 Photographed By Craig Baker, July 28, 2021
8. Colonnades with Arches
At Windward and Pacific Avenue, built in 1904 by Abbot Kinney, Los Angeles Historic-Cultural Monument No. 532. 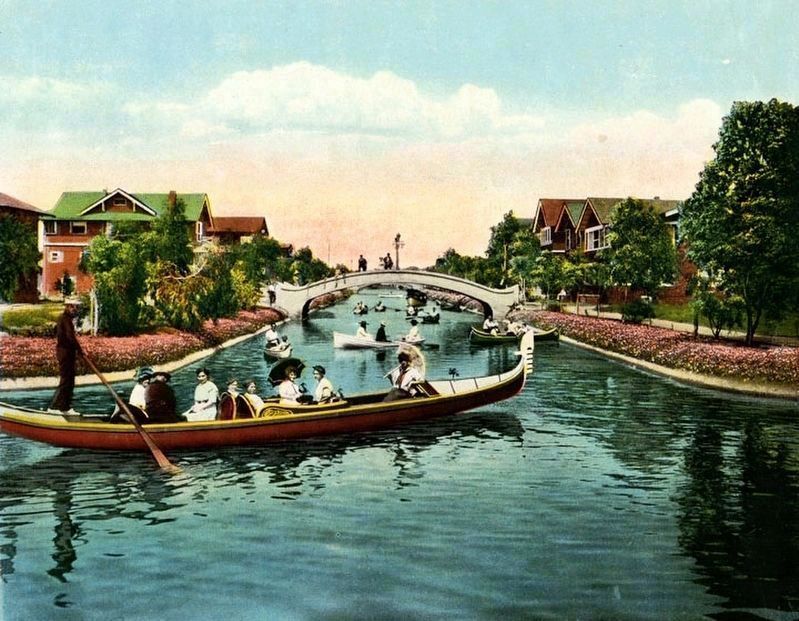