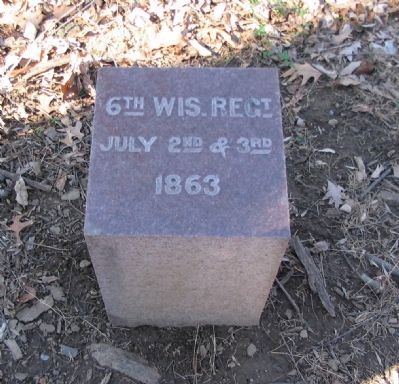 Location. 39° 49.21′ N, 77° 13.295′ W. Marker is in Cumberland Township, Pennsylvania, in Adams County. Memorial is on Culp's Hill Loop, on the right when traveling south. Located at the upper crest of Culp's Hill in Gettysburg National Military Park. Touch for map. Marker is in this post office area: Gettysburg PA 17325, United States of America. Touch for directions.

Related markers. Click here for a list of markers that are related to this marker. 6th Wisconsin 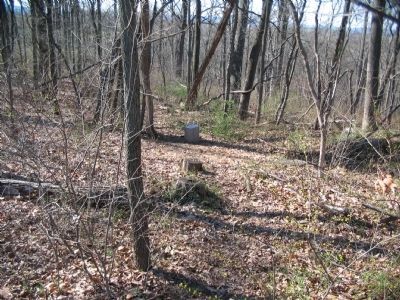 Photographed By Craig Swain, April 4, 2009
2. 6th Wisconsin Regiment Marker From the Road
In front of the marker are traces of earthworks used in the battle.