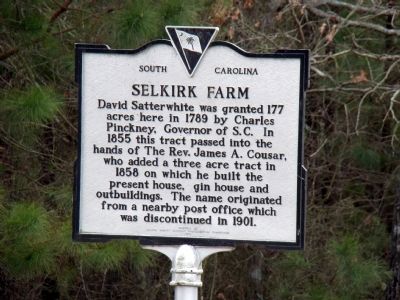 Photographed By J. J. Prats, February 26, 2009
1. Selkirk Farm Marker
Inscription.
Selkirk Farm. . David Satterwhite was granted 177 acres here in 1789 by Charles Pinckney, Governor of S. C. In 1855 this tract passed into the hands of The Rev. James A. Cousar, who added a three acre tract in 1858 on which he built the present house, gin house and outbuildings. The name originated from a nearby post office which was discontinued in 1901. . This historical marker was erected in 1975 by Dillon County Historic Preservation Commission. It is Near Little Rock in Dillon County South Carolina

David Satterwhite was granted 177 acres here in 1789 by Charles Pinckney, Governor of S. C. In 1855 this tract passed into the hands of The Rev. James A. Cousar, who added a three acre tract in 1858 on which he built the present house, gin house and outbuildings. The name originated from a nearby post office which was discontinued in 1901.

Topics. This historical marker is listed in this topic list: Notable Buildings. A significant historical year for this entry is 1789.

Other nearby markers. At least 8 other markers are within 8 miles of this marker, measured as the crow flies. Pine Hill A.M.E. Church / Pine Hill Rosenwald School (approx. 2.3 miles away); Joel Allen House (approx. 3.9 miles away); Blenheim Mineral Springs 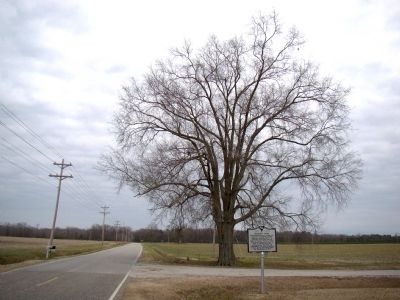 Also see . . .  National Register of Historic Places Nomination Form (1974). Form prepared by John C. Henagan and John W. Califf, III. “Selkirk Farm, built in 1858, was the home of Reverend James A, Cousar and has continuously been occupied by his descendants. The house is near the site of Reedy Creek Presbyterian Church where Reverend Cousar had his first ministry. Reverend Cousar was noted for his work with black congregations. The original portion of Selkirk Farm was built by Case Cousar, Reverend Cousar’s slave.

“Architecture: The house has been occupied continuously since its construction in 1858; unlike many houses of the region, this particular structure has remained relatively unchanged since 1858 and the front section is untouched except for the addition of steps and underpinning. The simplicity and rather classic proportions of the Selkirk Farm house is rather unusual in a county which has many heavier late Victorian and stylized Greek Revival buildings, 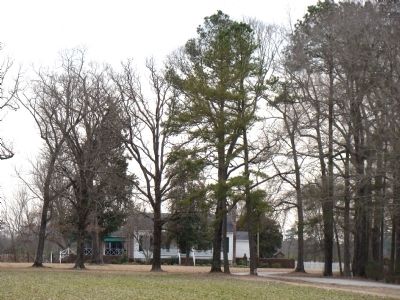 Photographed By J. J. Prats, February 26, 2009
3. Selkirk Farm, as Seen from the Road
The high chimneys, reminiscent of those of the Caroli-na lowcountry, the sidelighted and transomed front entrance, and the raised and open front porch create a general impact of lightness and harmony.

“Agriculture: In 1850, a Presbyterian minister’s salary from Synod was only $300 per year; for this reason, Reverend Cousar supplemented his salary with his farm of 177 acres. He later purchased a cotton gin, and generally improved his estate. During this period, the upper Pee Dee region of South Carolina was heavily settled by Scottish Presbyterians, similiar to Reverend Cousar, who became the most prosperous planters and traders in the area.

“Social/Humanitarian/Black History: Both before and after the abolishment of slavery, Reverend James A. Cousar was active in the organization of black congregations. The policy of helping blacks build their own churches was controversial, and church property was often destroyed by vigilantes who disagreed with this practice. Before the War Between the States about half the members of Harmony Presbytery, Reverend Cousar’s district, were slaves. He donated land for two black churches, one in Bishopville and one on his own property.

“Religion: Reverend James A. Cousar, son of a Presbyterian minister, served as the clerk of the Harmony Presbytery of South Carolina, in the Pee 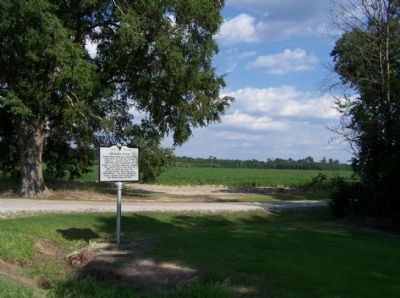 Photographed By Mike Stroud, July 2011
4. Selkirk Farm Marker
Dee area. Reverend Cousar studied at Oglethorpe University and graduated from the Columbia Theological Seminary. He was licensed to preach in 1855. His first field consisted of two country churches—the Reedy Creek Presbyterian Church and the Carolina Presbyterian Church. Between 1868 and 1882 he ministered in other churches—the Little Pee Dee Congregation, the Red Bluff Congregation, the Mayesville Congregation, and two churches in Conway, fifty miles from his home.” (Submitted on April 11, 2009.)
Credits. This page was last revised on June 16, 2016. It was originally submitted on April 11, 2009, by J. J. Prats of Powell, Ohio. This page has been viewed 1,097 times since then and 38 times this year. Photos:   1, 2, 3. submitted on April 11, 2009, by J. J. Prats of Powell, Ohio.   4. submitted on July 19, 2011, by Mike Stroud of Bluffton, South Carolina.

Editor’s want-list for this marker. Photos of the farm and house • Can you help?
Share this page.