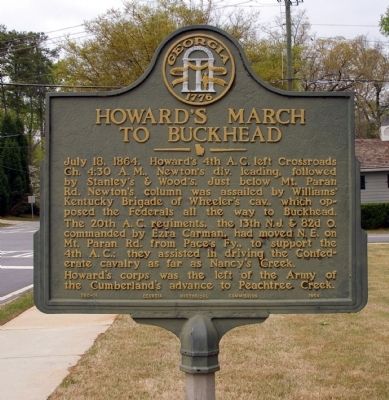 By David Seibert, April 11, 2009
1. Howard's March to Buckhead Marker
Inscription.
Howard's March to Buckhead. . July 18, 1864. Howard’s 4th A.C. left Crossroads Ch 4:30 A.M., Newton’s div leading, followed by Stanley’s and Wood’s. Just below Mt. Paran Rd. Newton’s column was assailed by Williams’ Kentucky Brigade of Wheeler’s cav., which opposed the Federals all the way to Buckhead. The 20th A.C. regiments, the 13th N.J. and 82d O. commanded by Ezra Carman, had moved N.E. on Mt. Paran Rd. from Pace’s Fy., to support the 4th A.C.; they assisted in driving the Confederate cavalry as far as Nancy’s Creek., Howard’s corps was the left of the Army of the Cumberland’s advance to Peachtree Creek. . This historical marker was erected in 1954 by Georgia Historical Commission. It is in Sandy Springs in Fulton County Georgia

Howard’s corps was the left of the Army of the Cumberland’s advance to Peachtree Creek.

Topics and series. This historical marker is listed in this topic list: War, US Civil. In addition, it is included in the Georgia Historical Society series list. A significant historical date for this entry is July 18, 1924. 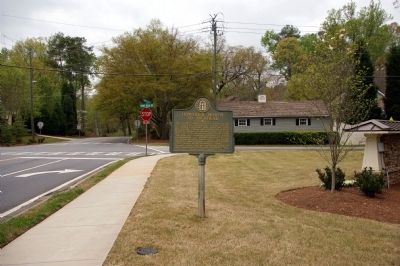 Click or scan to see
this page online
north on Powers Ferry Road NW. Touch for map. Marker is in this post office area: Atlanta GA 30328, United States of America. Touch for directions. 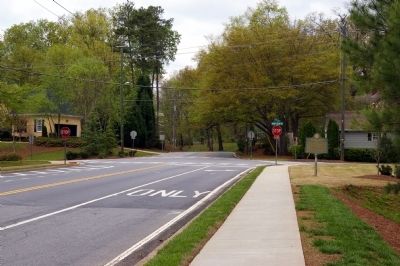