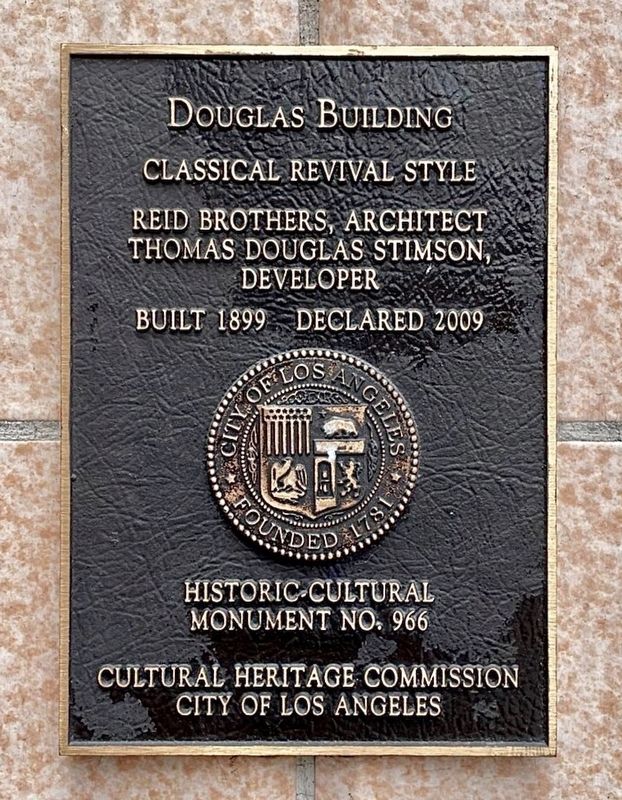 Topics and series. This historical marker is listed in these topic lists: Architecture • Industry & Commerce • Notable Buildings. In addition, it is included in the City of Los Angeles Historic-Cultural Monuments series list. A significant historical year for this entry is 1899. 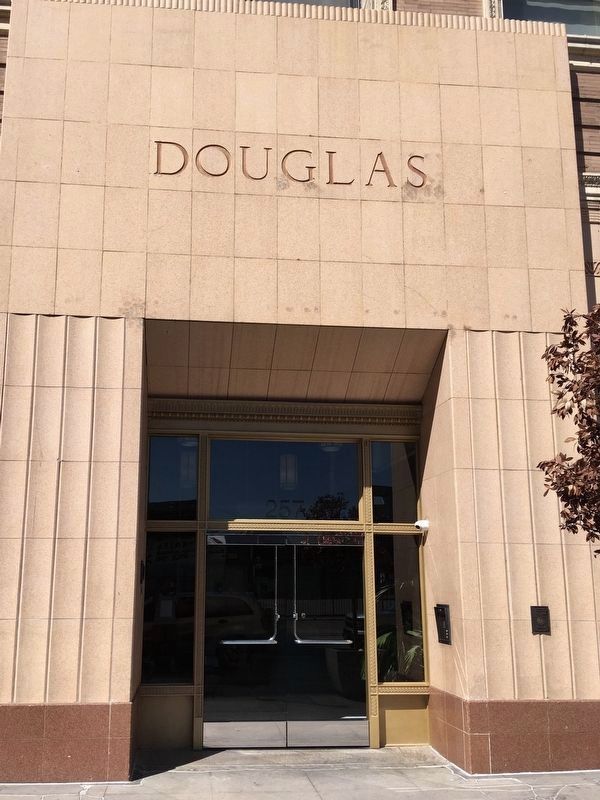 Click or scan to see
this page online
(about 500 feet away); Historical Site (about 600 feet away); St. Vibiana’s Cathedral (about 700 feet away); Woody Guthrie (approx. 0.2 miles away); Angels Flight (approx. ¼ mile away). Touch for a list and map of all markers in Los Angeles.

Regarding Douglas Building. Commissioned by T.D. Stimson, a lumber baron turned real estate mogul who fostered commercial development in Los Angeles during the 1890s. The five-story building was designed by San Francisco architects James and Merritt Reid, who gained fame for designing the remarkable Hotel del Coronado near San Diego in 1888.
The Douglas Building was Los Angeles’ greatest office building and commanded the highest rentals. In its early years, it housed the chief ticket office of the Southern Pacific Railroad. During that time many travelers passed through its doors to purchase a ticket.
In 2005, this former office block was renovated into 50 residential units. 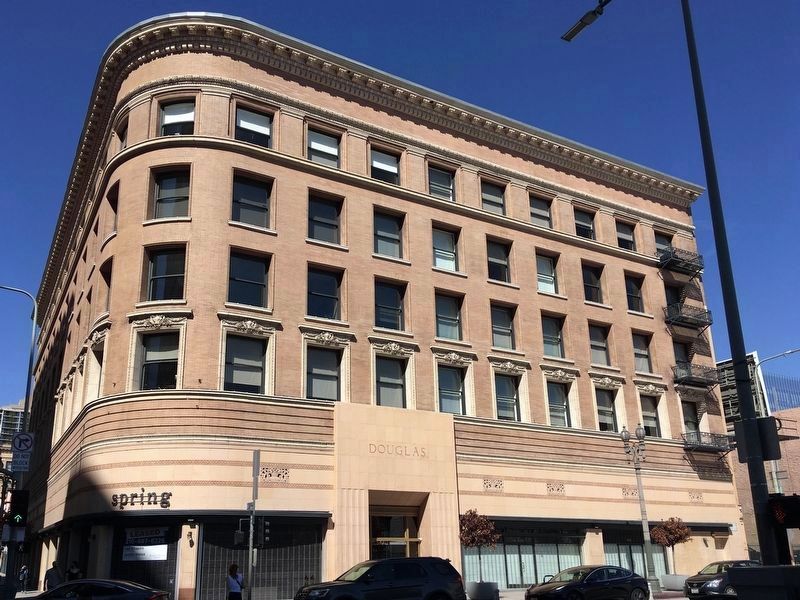 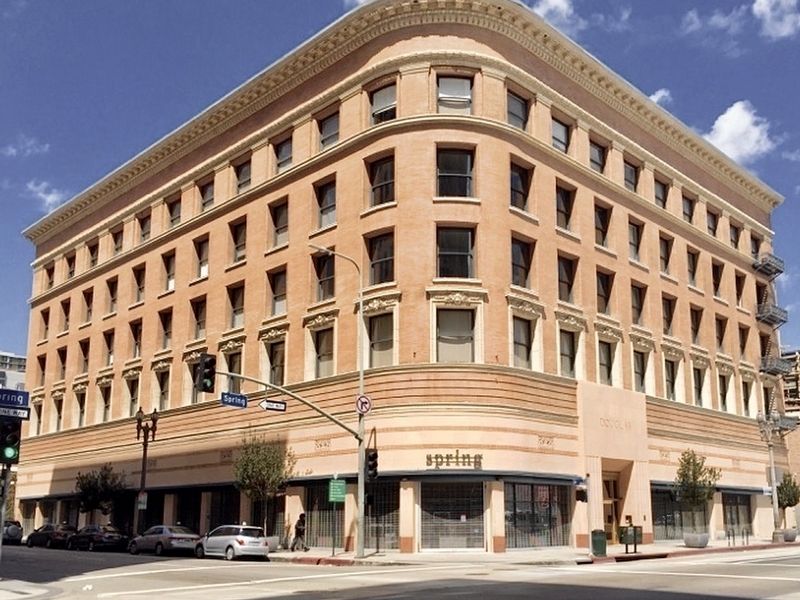 By Craig Baker, 2017
4. Douglas Building
The marker is to the right of the door facing Spring Street. 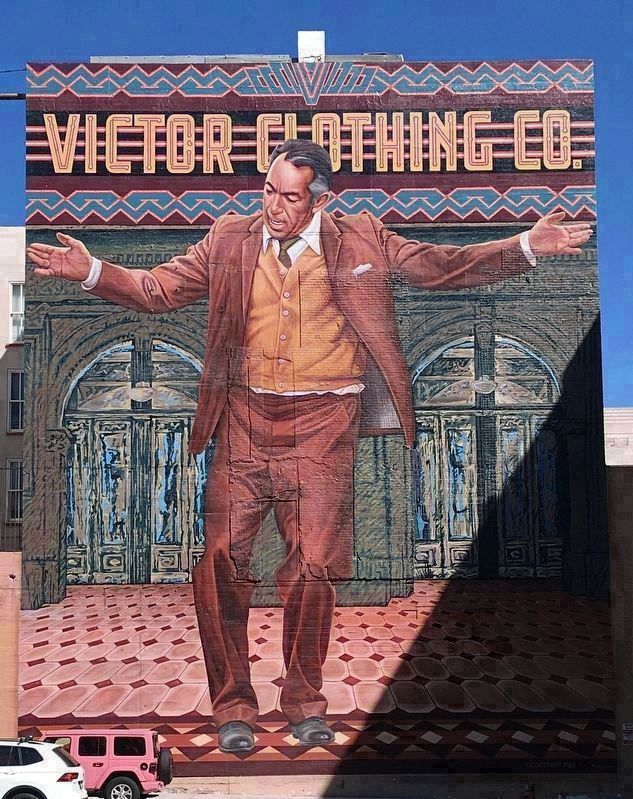