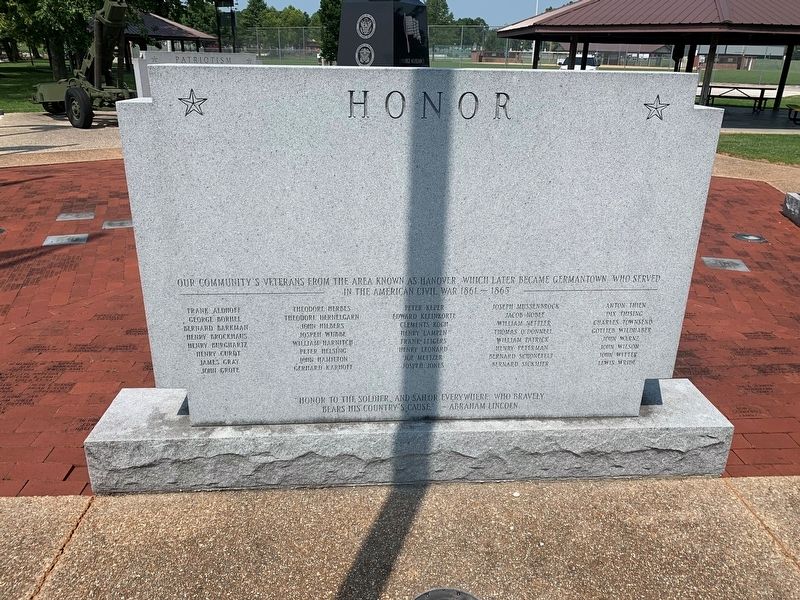 Our community's veterans from the area known as Hanover, which later became Germantown, who served in the American Civil War 1861-1865

"Honor to the soldier and sailor everywhere, who bravely bears his country's cause." —Abraham Lincoln 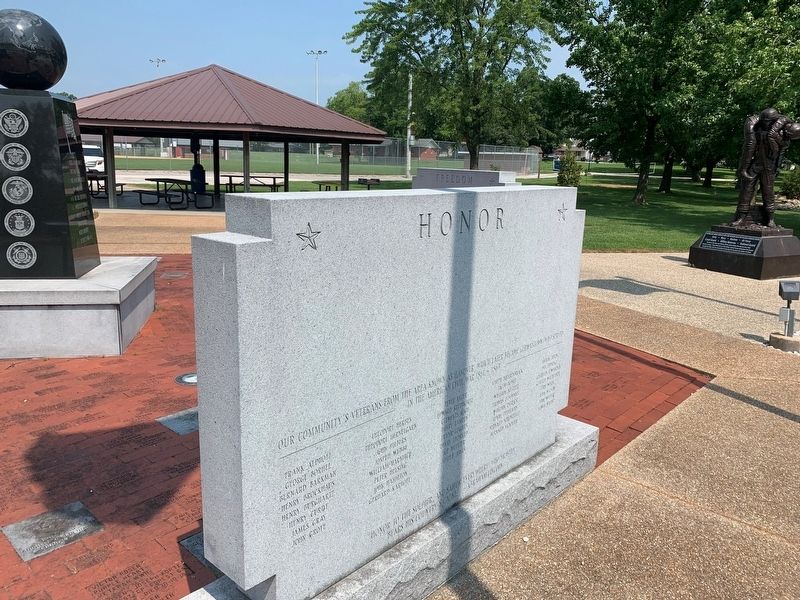 Click or scan to see
this page online
. Memorial can be reached from Munster Street north of Lake Park Drive (Illinois Route 161), on the right when traveling north. Located in Lake Park. Touch for map. Marker is in this post office area: Germantown IL 62245, United States of America. Touch for directions.

Other nearby markers. At least 8 other markers are within 4 miles of this marker, measured as the crow flies. Veterans Memorial (here, next to this marker); American Armed Service Men and Women Leave No Fallen Comrade Behind (here, next to this marker); In Memory of those who have served (within shouting distance of this marker); Steve Kohnen (about 700 feet away, measured in a direct line); Albert "Red" Schoendienst (approx. ¼ mile away); a different marker also named Veterans Memorial (approx. half a mile away); Cholera Cross (approx. 2.8 miles away); Breese (approx. 4.1 miles away). Touch for a list and map of all markers in Germantown.
Credits. This page was last revised on August 7, 2021. It was originally submitted on August 5, 2021, by Thomas Smith of Waterloo, Ill. This page has been viewed 43 times since then. Photos:   1, 2. submitted on August 5, 2021, by Thomas Smith of Waterloo, Ill. • Bernard Fisher was the editor who published this page.
Share this page.