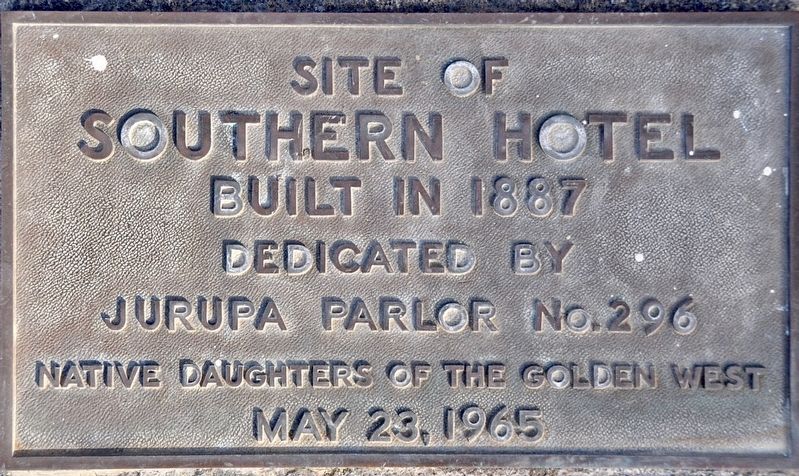 Erected 1965 by Native Daughters of the Golden West.

Topics and series. This historical marker is listed in these topic lists: Architecture • Industry & Commerce • Settlements & Settlers. In addition, it is included in the Native Sons/Daughters of the Golden West series list. A significant historical year for this entry is 1887.

Location. Marker has been reported missing. It was located near 33° 46.916′ N, 117° 13.71′ W. Marker was in Perris, California, in Riverside County. Marker was on D Street south of 4th Street, on the left when traveling south. Touch for map. Marker was at or near this postal address: 445 S D St, Perris CA 92570, United States of America. Touch for directions.

Other nearby markers. At least 8 other markers are within 8 miles of this location, measured as the crow flies. Pinacate (approx. 1½ miles away); 1918 Romoland School (approx. 4.3 miles away); Motte Brothers (approx. 4½ miles away); Quail Valley Country Club (approx. 5.4 miles away); 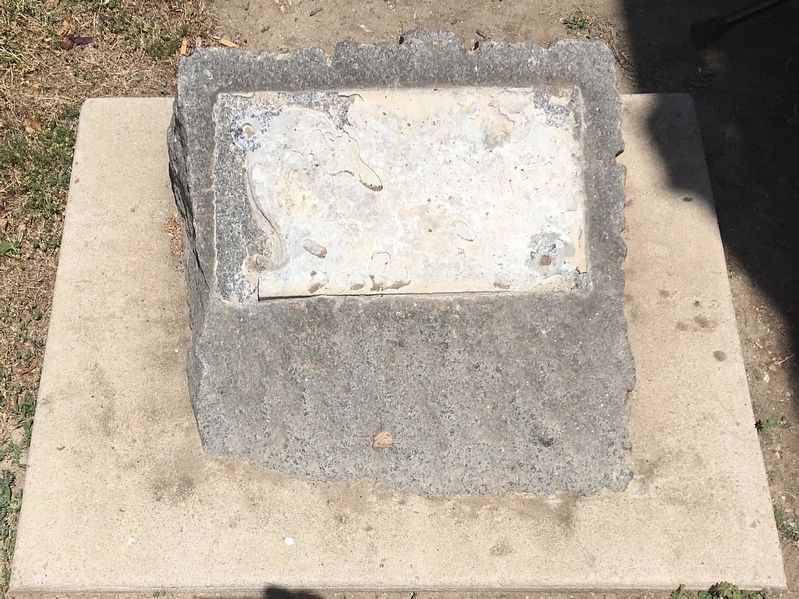 Regarding Southern Hotel. Built by Swiss immigrant couple Bernardo and Marcellina Bernasconi, who owned a ranch, and had six children. It was used as a hotel serving the San Jacinto - Perris stage line until 1919, when it was converted to the Bernasconi family residence. It was a residence when the marker was placed here in 1965. The home was abandoned in 1982. In 1987, there were two arson fires. In 1990, it was bought by the Motte brothers and restored. In 1992 it was added to the National Register of Historic Places. Today it is an office building with a museum open by appointment only. 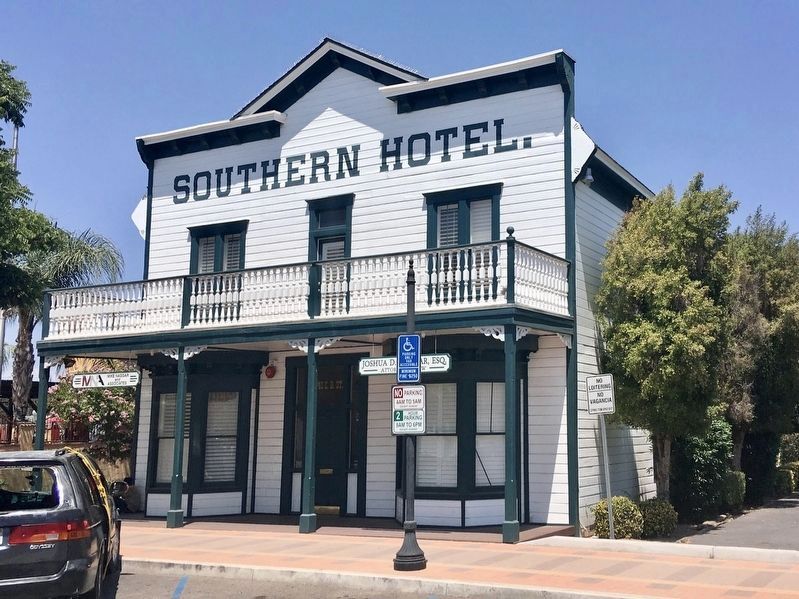 By Craig Baker, July 1, 2021
3. Southern Hotel
The marker was in the landscaping to the left of the hotel. 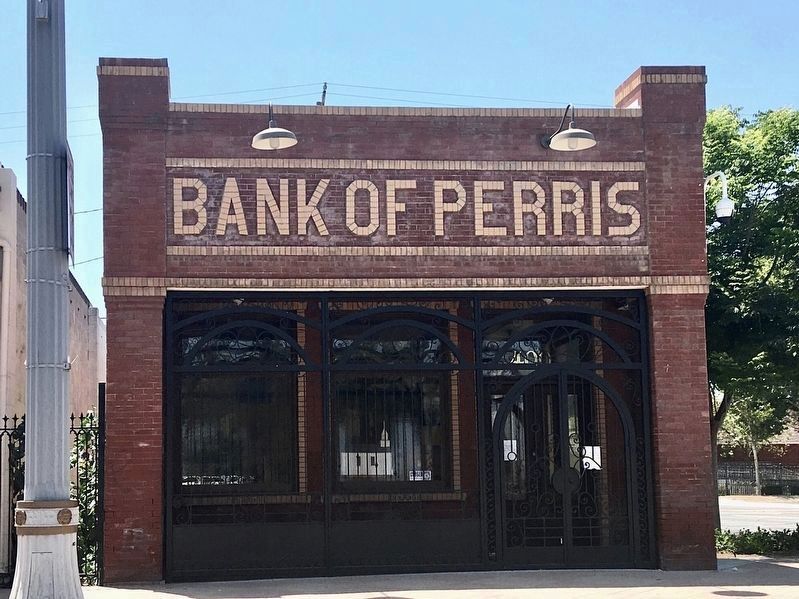 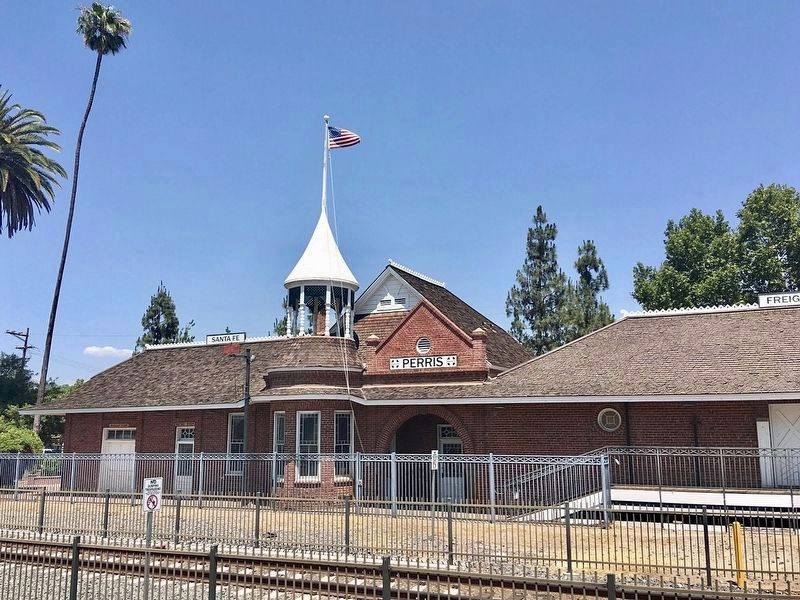