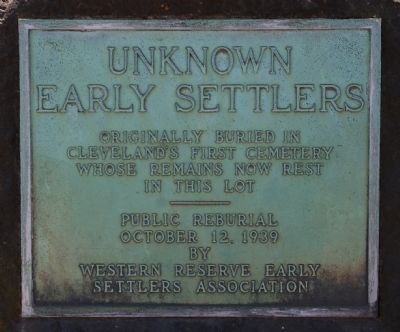 Originally buried in Cleveland's first cemetery whose remains now rest in this lot.

Topics. This historical marker is listed in these topic lists: Cemeteries & Burial Sites • Settlements & Settlers. A significant historical date for this entry is October 12, 1947. 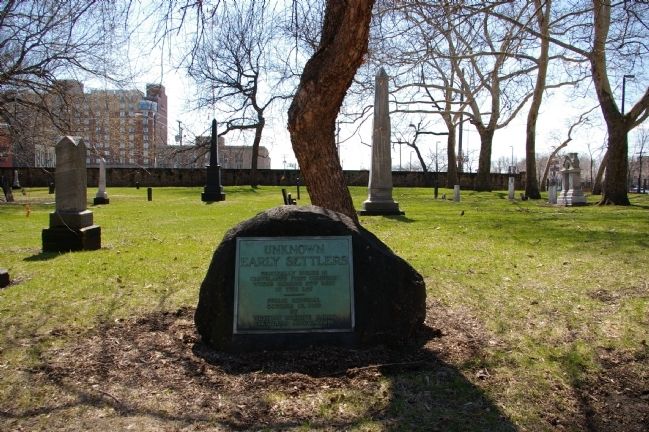