A Quincentennial Commemorative to Christopher Columbus 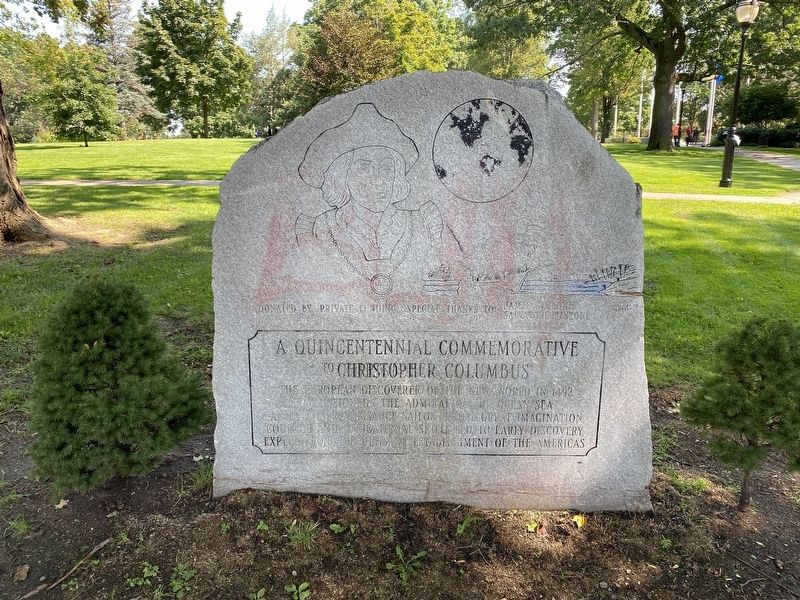 A Quincentennial Commemorative to Christopher Columbus
The European discoverer of the New World in 1492
Commissioned "The Admiral of the Ocean Sea"
An Italian Renaissance sailor whose great imagination, courage and navigational skills led to early discovery, exploration and ultimate establishment of the Americas

Topics. This historical marker is listed in this topic list: Exploration. A significant historical year for this entry is 1492.

Location. 42° 22.503′ N, 71° 14.18′ W. Marker has been reported damaged. Marker is in Waltham, Massachusetts, in Middlesex County. Marker is at the intersection of Carter Street and Moody Street, on the left when traveling east on Carter Street. Touch for map. Marker is in this post office area: Waltham MA 02453, United States of America. Touch for directions.