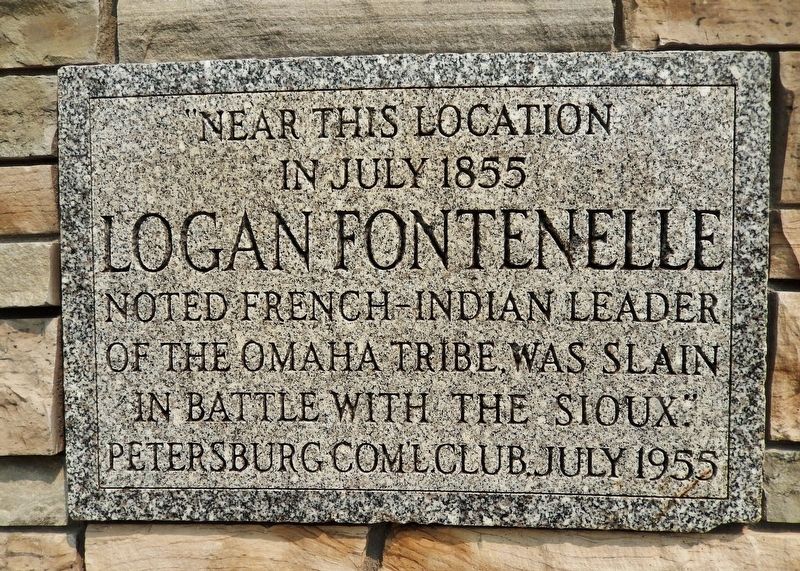 ”Near this location
in July 1855
Logan Fontenelle
noted French-Indian leader
of the Omaha tribe, was slain
in battle with the Sioux.”

Topics. This historical marker is listed in this topic list: Native Americans. A significant historical month for this entry is July 1855.

Location. 41° 51.35′ N, 98° 5.032′ W. Marker is in Petersburg, Nebraska, in Boone County. Marker is on Front Street (State Highway 14) just north of 10th Street, on the right when traveling north. Marker is located in a pull-out on the east side of the street, at Petersburg Community Park. Touch for map. Marker is in this post office area: Petersburg NE 68652, United States of America. Touch for directions.

Other nearby markers. At least 1 other marker is within walking distance of this marker. A different marker also named Logan Fontenelle (here, next to this marker).

Related markers. Click here for a list of markers that are related to this marker. Logan Fontenelle 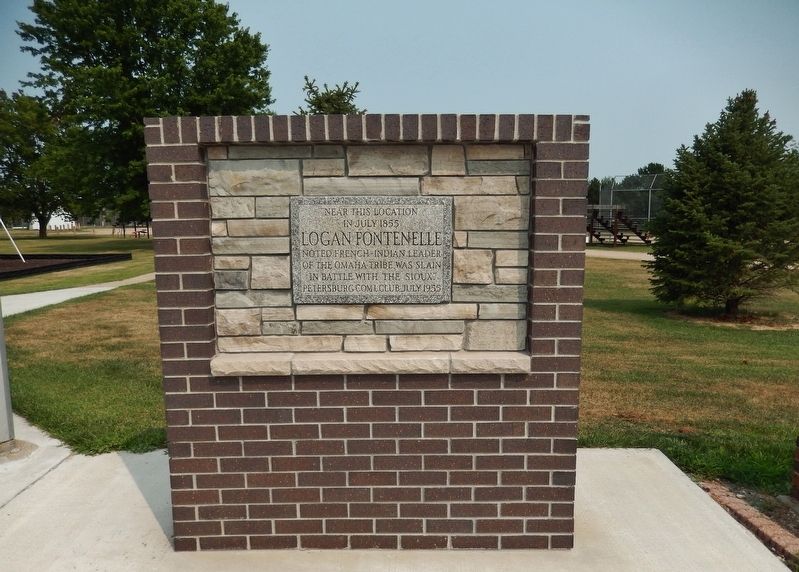 Click or scan to see
this page online
. Logan was killed on July 16, 1855 by a Brulé Sioux raiding party along Beaver Creek near Petersburg, Nebraska and buried near the Bellevue Mission in what is now Fontenelle Forest. (Submitted on August 13, 2021, by Cosmos Mariner of Cape Canaveral, Florida.)

2. Logan Fontenelle (Wikipedia). Iron Eyes (Joseph LaFlesche) account of Fontenelle's death states: "Logan could have made a dash like I did, but he laid down in the grass and attempted to fight the Sioux alone. His first shot missed, but with the second he killed a Sioux. The Sioux thought that there were two men there, and those in the front halted. Another party of about a dozen made a charge on him from behind. Logan had reloaded his gun, and as they came up he turned and killed two of them. The party that were in front dashed in before he could reload and killed and scalped him." (Submitted on August 13, 2021, by Cosmos Mariner of Cape Canaveral, Florida.) 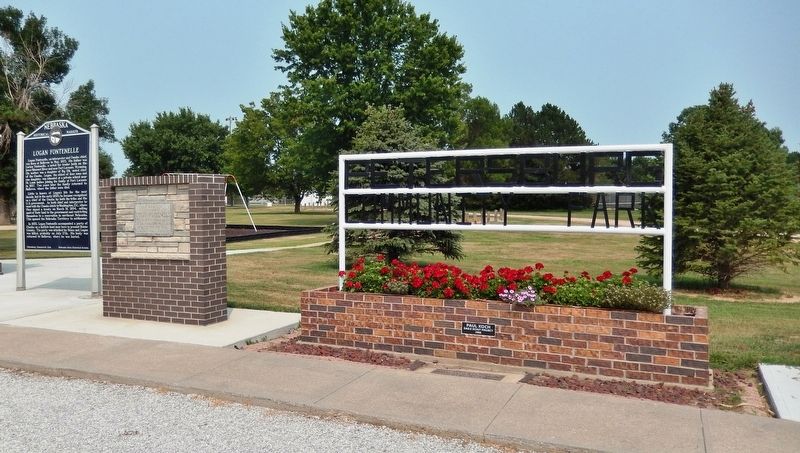