Originally designed in 1937 by A. Donald Gray 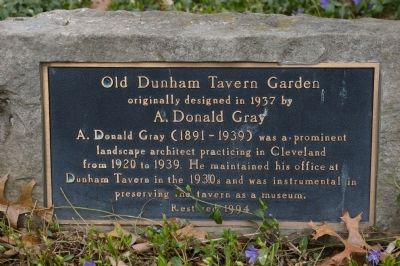 A. Donald Gray (1891-1939) was a prominent landscape architect practicing in Cleveland from 1920 to 1939. He maintained his office at Dunham Tavern in the 1930s and was instrumental in preserving the tavern as a museum.

Topics. This historical marker is listed in these topic lists: Architecture • Horticulture & Forestry.

Location. 41° 30.288′ N, 81° 38.594′ W. Marker is in Cleveland, Ohio, in Cuyahoga County. Marker can be reached from Euclid Avenue, on the right when traveling west. Marker is in the garden behind the Dunham Tavern Musuem. Touch for map. Marker is in this post office area: Cleveland OH 44103, United States of America. Touch for directions. 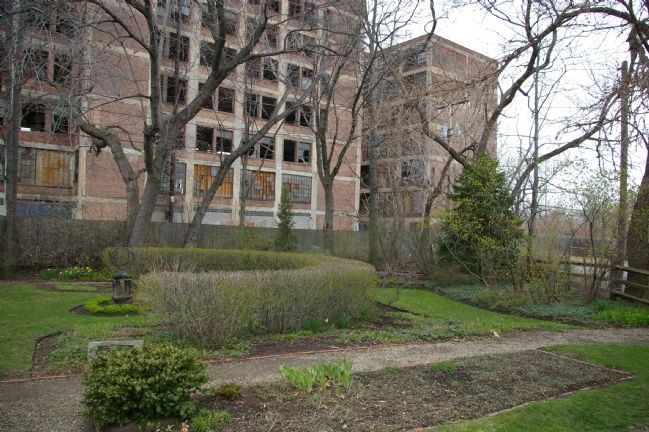