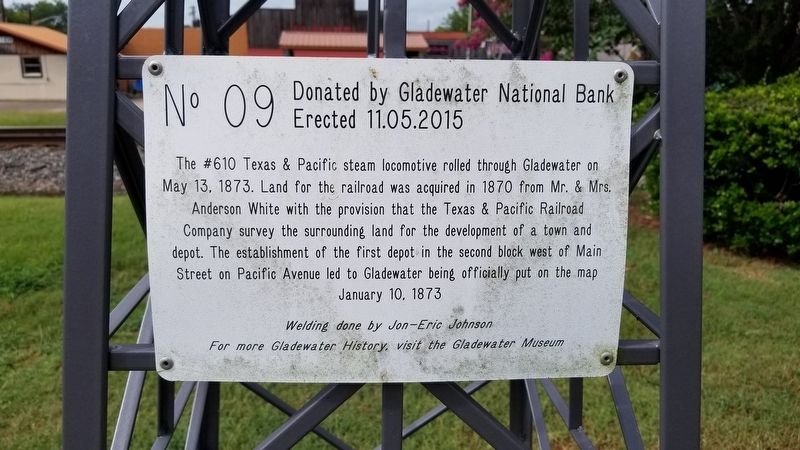 The #610 Texas & Pacific steam locomotive rolled through Gladewater on May 13, 1873. Land for the railroad was acquired in 1870 from Mr. & Mrs. Anderson White with the provision that the Texas & Pacific Railroad Company survey the surrounding land for the development of a town and depot. The establishment of the first depot in the second block west of Main Street on Pacific Avenue led to Gladewater being officially put on the map January 10, 1873.

Topics. This historical marker is listed in these topic lists: Railroads & Streetcars • Settlements & Settlers. A significant historical date for this entry is January 10, 1873. 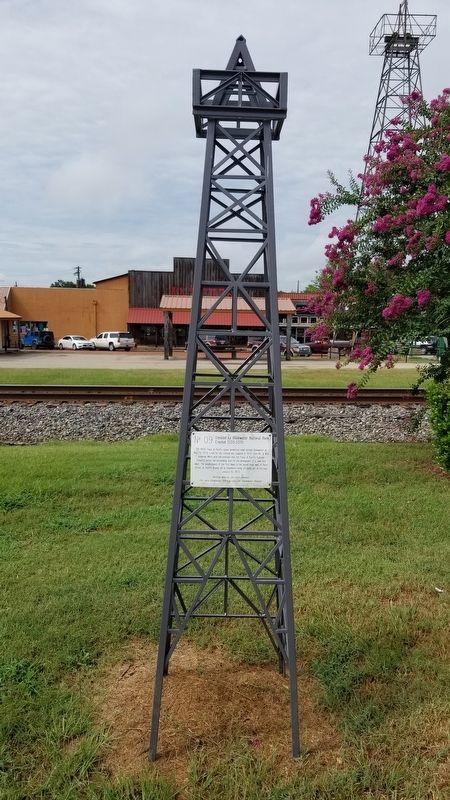 Click or scan to see
this page online
to the railroad tracks. Touch for map. Marker is in this post office area: Gladewater TX 75647, United States of America. Touch for directions. 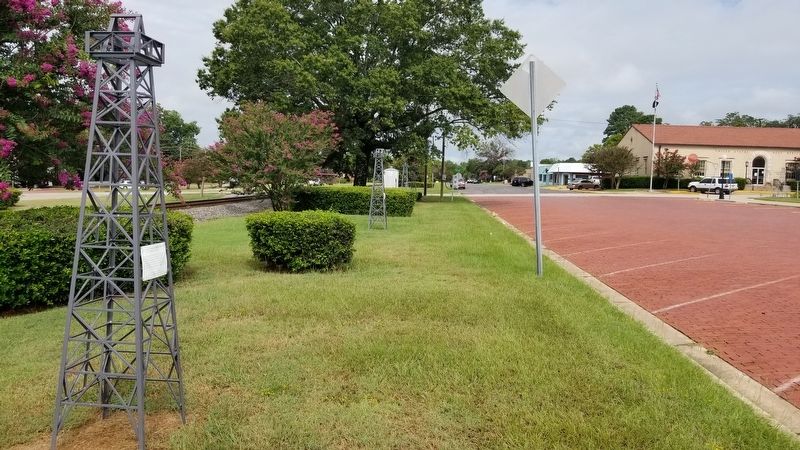